Members of the emergency services in Preston were invited to share Ramadan traditions and know more about fasting Muslims at the Quwwatul Islam Mosque in Peel Hall Street on Wednesday evening, Lancashire Post reported.

“These people serving our community every single day, 24 hours seven days a week. They are on our doorstep every minute that we need them,” mosque coordinator Khalid Ibrahim said.

“Today is about the privilege in welcoming [the emergency services] to our mosque.”

Addressing the mosque before fast was broken, mosque coordinator Khalid Ibrahim said: “This year there have been certain incidents that have taken place around the world to make us appreciate what we have around us. 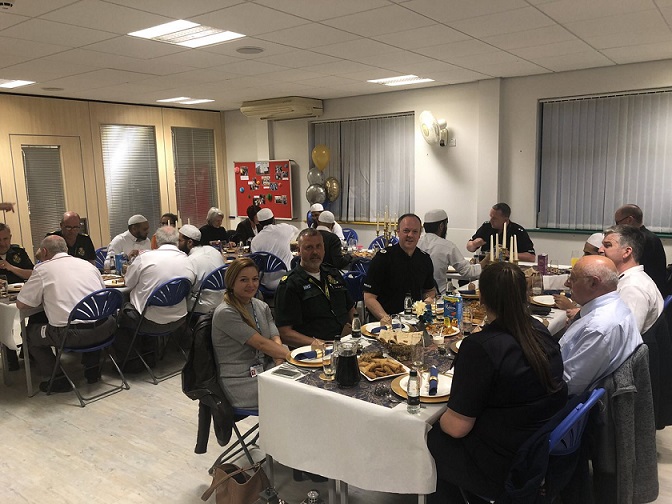 Khalid then explained how the first call the mosque received after the New Zealand terrorist attack was from the police, asking how the mosque can be patrolled and safeguarded if needed.

“You realize the blessings we have on our doorstep,” Khalid added.

“It’s based on trust and that’s based on a relationship. I’m committed to it and my staff are. Regardless of what happens with money and finances, you will always get that commitment.”

The invitation comes as Muslims in the UK and worldwide mark the holy fasting month of Ramadan.

Ramadan is the holy month of fasting when Muslims are required to avoid all food and drink between sunrise and sunset. Moreover, they’re also encouraged to increase their charitable efforts and doing good deeds.

Social and interfaith gatherings for iftar meals have become a basic part of the holy month, during which people come together.

Last week, British Muslims, Christians, Jews and others of faith, along with those of none gathered for the 2019 City Circle Interfaith Iftar at St James’s Church in Piccadilly.

Earlier this month, the Naz Legacy Foundation delivered the first ever iftar at St Paul’s Cathedral in London on May 7, bringing together British Muslim and non-Muslim leaders.