BARCELONA, Catalonia – European Muslim leaders gathered in Barcelona this Monday, October 8, to set up a new breakthrough project called “European Muslim Forum,” announcing the plans for the construction of a great mosque in the largest city of Catalonia.

“It is for the first time in the history of Europe that Muslims of the Continent have come up with such an ambitious initiative to unite their efforts in solving the problems of European Muslim communities as well as the wider European community,” EMF said in a statement published on its page on Facebook.

The forum’s president, Malik Abderrahman Ruiz, lamented that Barcelona, despite being “the city with the largest Muslim community in Spain,” does not have a representative mosque, and that is why it is necessary to “carry out a large-scale project,” Voice of Europe reported.

Abdul Vakhed Niyazov, president of the public arm of the Russian Mufti Council, added that “Barcelona is a big city with a large Muslim population” and that, unlike the mosques that now exist, they are working to make the new mosque “emblematic and beautiful.”

Along with plans for the new mosque, the meeting discussed promoting the Muslim presence in culture, economy, politics, and institutions. 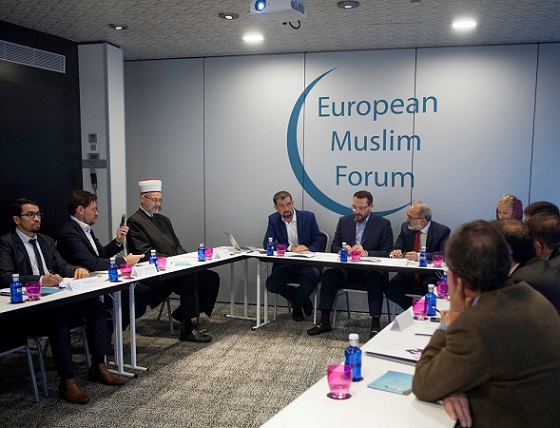 Barcelona will be the headquarters of this bureau because it has been considered an ideal place since Catalonia has almost 25% of all Spain’s Muslim population.

This bureau will also be dedicated to promoting cultural activities, promote relations with institutions and foster social action, especially in favor of immigrants.

“The participants of the Barcelona meeting noted that, considering the increasing role of Muslims in the public, cultural and economic life of Europe, it is essential to activate and coordinate the efforts of the representatives of the European Muslim establishment, the EMF statement read.

“The newly created Forum is meant to become a sort of a bridge between the Muslim establishment and the elite of the European continent; between Muslim communities and representatives of other beliefs, as well as the wider community of European people; between the Muslim world and international, pan-European and national political structures of the region.”

The European Muslim Forum is planning to open its offices in such European capitals as London, Brussels, Moscow, Istanbul, Barcelona, and others.

The Forum will have an Honorary board, to which the most influential and authoritative leaders of the Muslim world will be invited. Also, there will be a Knowledge board comprised of Muftis, Imams, Muslim scholars, and thinkers.

According to the Union of Islamic communities (UCIDE), Muslims make up 3.8 percent of the Spanish population, 40 percent are Spanish and the remaining 60 percent are immigrants.

Muslims in Spain are mostly from Morocco although there is a significant presence of Pakistanis and Senegalese Muslims in cities like Barcelona, Valencia, and Logrono.