LONDON – Muslims in the UK are proud of their British identity more than the general population, as they place higher emphasis on education and identify more strongly with their religious identity, a new report has revealed.

“While British Muslims identify strongly with their religious identity, they are also staunchly British,” said Asif Aziz, the chairman of the Aziz Foundation, which commissioned the report with the Joseph Rowntree Charitable Trust, Barrow Cadbury Trust and Unbound Philanthropy, The Guardian reported.

The figures were released in a 75-page report from Ipsos Mori which analyzed research and opinion polls conducted since 2010 to paint a comprehensive picture of British Muslims.

The report estimates Muslim population in the UK at 4.1 million, or 6.3% of the British population, growing from 2011 census when UK was home to just 3 million Muslims.

It found that 85% of Muslims said they felt they belonged to Britain. More than half (55%) said their national identity was important, compared with 44% of the general population.

Religious identity is extremely or very important to 94%, and more than half pray at least five times a day or engage in worship of some kind. 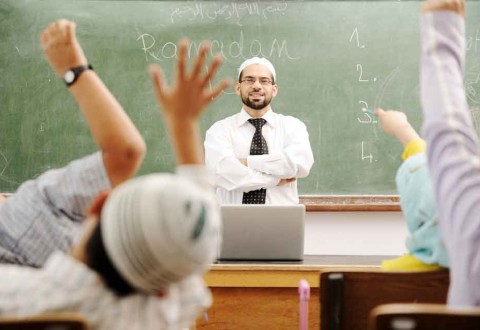 British Muslims also put high emphasis on education, as 56% of Muslim children say it’s very likely they would go to university, compared with 38% of non-Muslim children.

More Muslim girls than boys expect to have a university education.

However, more than 7% of Muslims are unemployed, compared with 4% of the UK population as a whole.

With more than two-thirds of Muslims believing in integration, a majority of them of all ages wear a poppy on Remembrance Day and almost three-quarters said they always or sometimes send Christmas cards.

In the report, forty-five percent of Muslims under 24 said at least half their friends are from outside their ethnic group.

Kully Kaur-Ballagan, a research director at Ipsos Mori, said the report showed the vast majority of British Muslims “believe that being Muslim and being British is entirely compatible”.

Younger Muslims were “more open in their views and have more diverse social networks”, she added.