MADINAH – The heartache of leaving the Kaa`ba behind is eased by what lies ahead.

300 Palestinian orphans and fifty disabled children, from refugee camps in Jordan, sponsored by Islamic Help donors, are heading towards Madinah, on the final leg of their trip of a lifetime.

Makkah, and the exertions of pilgrimage (Umrah) completed, it’s time to visit the resting place of the man whom Muslims love more than anyone in creation, Prophet Muhammad, peace be upon him.

At 2.30am, I walk from my hotel to Masjid Nabawi, to offer night prayers in the easeful, marbled jewel that is the Prophet’s Mosque. In 622AD, it was in this area of desert plains and palm groves that Prophet Muhammed (pbuh) and his companions sought refuge after years of persecution for their monotheism.

My every footfall wondered if it was stepping on the place where a blessed feet had walked the 1440 years ago. Had they walked to a meeting with the leaders of the Al Ansar tribe (The Helpers) using this same route? Had they headed home after a difficult meeting about war, or helping the Prophet (pbuh) to carry his beloved grandsons Hussayn and Hassan on his shoulders?

The current mosque is a complex of gateways and carpeted prayer areas more than 100 times the size of the original building where the Prophet (pbuh) and his companions worshipped and made plans. The original Mosque was built by the Prophet himself and was just a small rectangle of palm trunks and mud, just 30×35 meters. Yet this basis; three doors with a raised dais where the imam gives lectures, remains the layout for mosques around the world, to this day.

In the depth of the night, the ladies’ prayer hall, topped by arching white marble pillars, is empty save for Indonesian and Malaysian Qur’an groups, spotless in their special light colored robes.

After a while, I lay down, falling into a profound sleep.

For other episodes in the Umrah diary:

Orphans Follow Lessons of Mercy from the Prophet, Do We?

Orphans Pray for Refugees at Kaa`ba 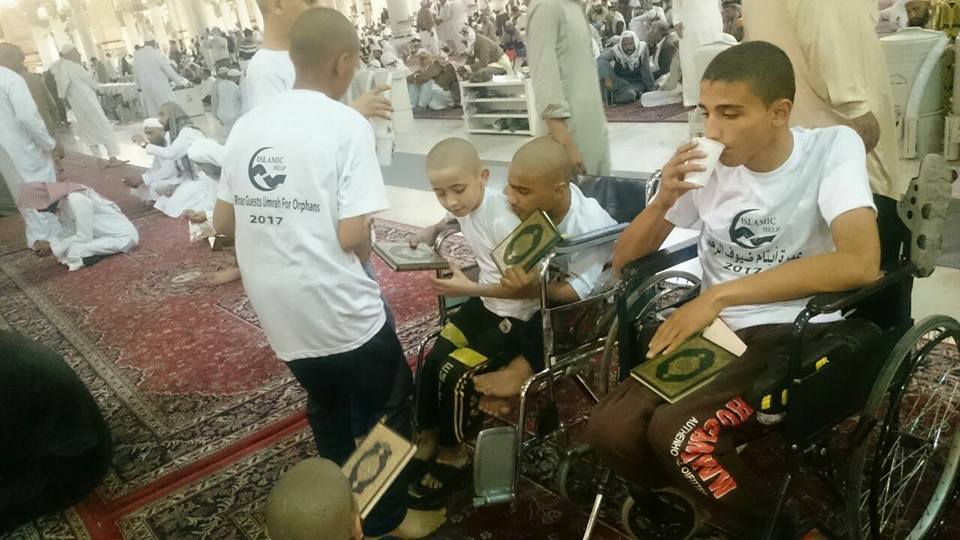 ‘Allah Akbar, Allah Akbar…’ I open my eyes wondering at the beautiful sound. It takes a moment to register where I am. Gradually, as the Muezzin recites the call to prayer I understand I have awoken for the dawn prayer after sleeping just 100 meters from our habib Rasul’s resting place. Just 100 meters from the site of the home he shared with Ayesha, may Allah be pleased with her, his adored wife.

Moments like this are precious for all visitors to Madinah, perhaps more so for the women. For us, getting any closer to the Ottoman-era mosque in which are the actual tombs of Prophet Muhammed and his closest companions Abu Bakr As Siddiq and Umar Ibn Khattab can be dangerous to both body and spirit.

The opening times for women to visit these graves are listed as much longer than they actually are. In fact, we are limited to just three hours a day, at the Holy Rawdah, or Garden of Paradise, section. This are extends from the tomb of the Prophet (peace be upon him) to his pulpit, and is always crowded. I await with thousands of women to have what we are told in Arabic will be no more than ‘five minutes’ at the Rawdah. The prohibitions on us are many and include: handbags, photography and sitting down.

‘Arab’ shouts one of the black shapes, gesturing hands to stay put. I’m light skinned, so I stay.

‘Pakistan’ the security woman in black abaya and niqab, throws hands into the distance. This means Pakistani and Indian women, must move to another section if they want to visit the Prophet’s tomb area. Several crossed legged women in shalwar khamees refuse to move, suspecting (as I do) they are being fobbed off or treated as second class to the lighter skinned pilgrims. When they don’t budge the Saudi mosque guardian yells in a very unspiritual way: “Police? Eh? Police?’ Time passes. The women, tears in eyes wander off uncertainly.

Then, on some invisible cue the rows behind stand up and surge. Tall as I am, I feel nervous by the sudden crush which reminds me of Webley football matches, or marches where the police ‘kettle’ crowds into an area to contain them. Asian sisters who have hidden in the crowd, leap into gaps, tearing and pushing to be in the early rows. I am elbowed by a tall Somalian sister, ‘Sabr’ I gasp to no one and everyone. Is this how we are to send greetings to the most peaceful man of all time, after hurting one another, kicking the elderly, punching our way through?

I ask Allah to allow me to send my families greetings to the Prophet Mohammed in a way that won’t hurt anyone or incur sins for violence and selfishness. As gently as possible, I move through the crowd, away from the direction of my beloved. 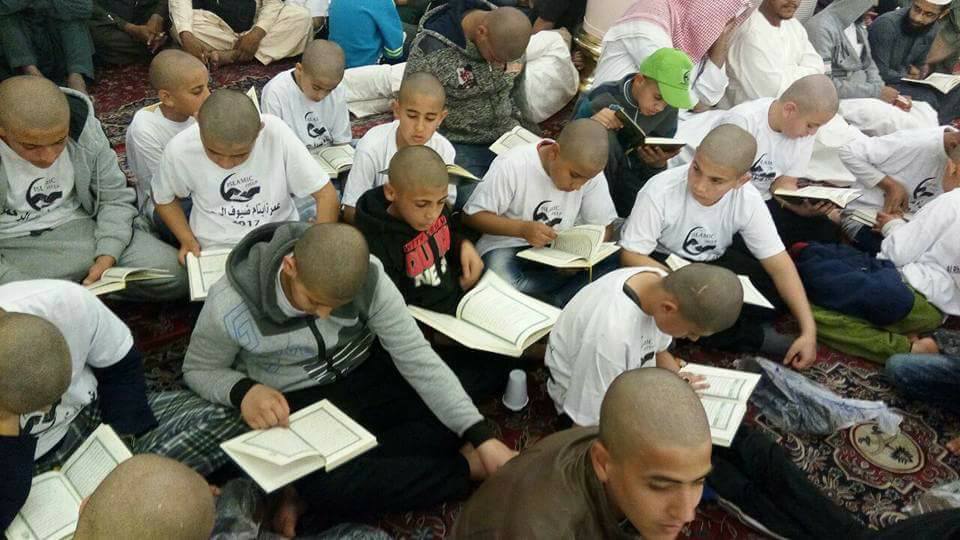 Reaching the edge of the crowd, I prepare to pray two rakats and make salawat (invocation which of specific phrases to compliment Prophet Muhammad (pbuh)).

There in front of me, is the opening leading to the Ottoman mosque. Women are sprinting through it. But there is plenty of space to walk without hurting or pushing. I take the opportunity. I head calmly through one large hall of pillars, two, then a third. Now, the decor changes as I was told it would in the guide books. Pink colored pillars are topped by the turquoise of the Copts and Greeks. Calligraphy adornment is replaced by flower murals.

And then the atmosphere changes utterly. From mayhem, to utter tranquility.

“Heaven on Earth” the “garden from the gardens of paradise” the blessed area surrounding the sweetness of the Prophet’s being, silences the wailing of the women crammed nearby, mutes the screams and angry shouts of ‘Move on! Move on!’

I am face down before I know it, tears streaming. Crying like Jakub missing Yusuf, Bilal for the loss of his best friend and mentor. I stay a while, peeping over the plastic wall between ladies and the shrine itself. Now I am here, I think it’s a necessary evil, this distance. There are women, driven mad perhaps by waiting or already wild with cultural superstitions, who would tear the shrine to pieces in seconds trying to take a bit home for ‘good luck.’

Hours earlier, in the still of the night, a group of our Palestinian orphans, had made a far quieter visit to the Prophet’s grave. By the Prophet’s blessed feet they stayed awake offering prayers, greetings, litanies of love and loyalty, their own duas for a parent who has passed and a future unknown.

Our orphans had stayed up until after the dawn prayer in congregation at 6am of their own choice. Their love for their faith increased by this beautiful trip.

’I want to thank Islamic Help and everyone for this journey. I ask Allah to accept duas for all the Muslims in the world, continuously, without end, ameen.’

The children on this incredible trip will return to large single parent families, and profound poverty.

Before leaving, in the warm courtyard of Masjid Al Nabawi, the sun sets, as boys from rom Ad-Dulayl and Zarqa sing Tala al Badru Alaina, the song which greeted the Prophet (pbuh) as he arrived, as a refugee, seeking a safe haven, praying for a better future.