Another of the artists donating an item is Vaseem Mohammed who donated a beautiful canvas in blue with a surah from the Qur’an in gold shared, “I’ve done several paintings that are similar but it was the composition of the calligraphy that I liked the most. (One Family to me) means that everyone should be together, as one.”

Ikram Butt from Regal Bakery, one of the partners on the night said, “We’re delighted to partner with One Family, a fantastic organization, reaching out to the community, just like Regal. We’re donating some goods, some products that we have, we’ve donated some rusks: delicious, crunchy rusks. And today we have got some traditional Kashmiri pink tea.”

When asked if it tastes like the real thing, he added, “It sure does,” and having tasted it, he was right. 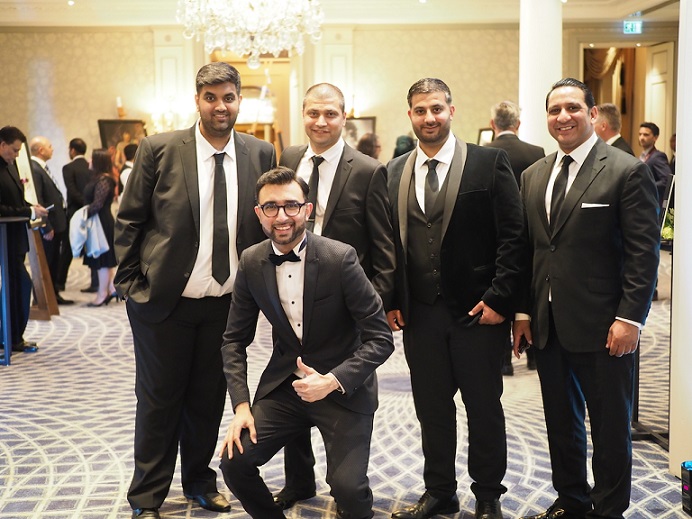 For the second year running, the host for the evening was Manish Bhasin a sports journalists regularly reaching over 700 million viewers.

“I find it so unique, so beautiful, that we are celebrating and observing iftar at an incredible venue, The Savoy Hotel. Talk about East meets West in this time of very extreme politics, I think it’s something that is very welcome,” Bhasin said. 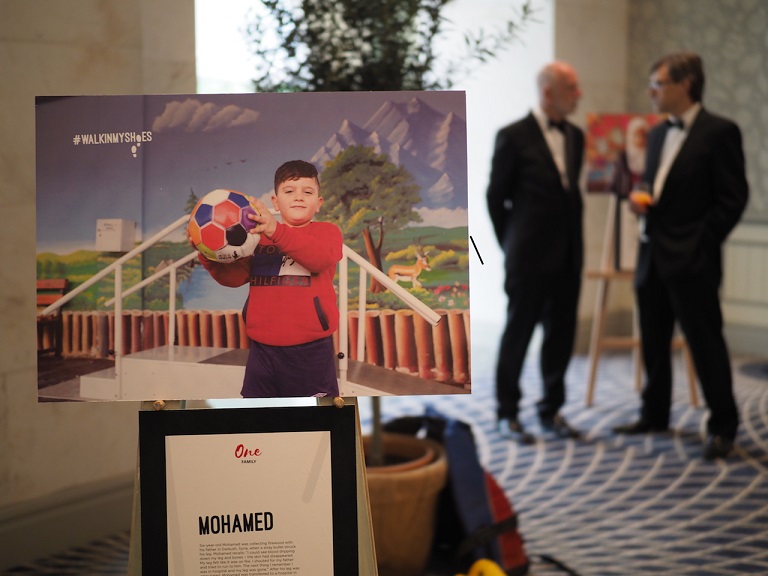 Speaking at the podium, One Family’s Chairman, Sharif Banna said, “The situation in Syria remains dire, devastatingly, innocent children are amongst the biggest victims. Millions have grown up knowing nothing except war. 2018 was the deadliest year yet for children. Death, injury, violence, rape, abduction, all continue, while a record number of health and educational facilities were destroyed last year.”

British Muslim author and Onjali Rauf spoke of the moment she became aware of the real issue of refugees, something which for many of us, for most of our lives, tended to be second place to other causes. 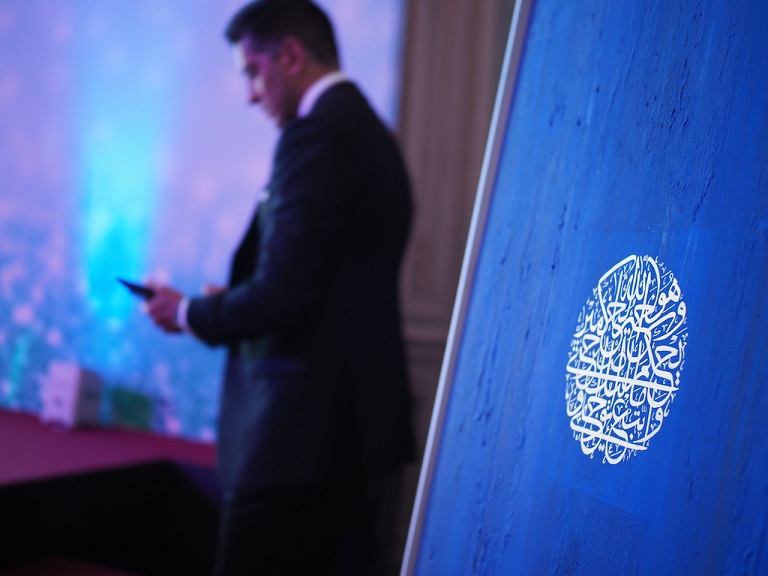 “Despite being a human rights activist at the age of 14, I never gave any deep thought to the R-word, the Refugee word, until the event (when the body of Alan Kurdi, a three-year-old Syrian boy whose body was washed ashore in Turkey).

“Alan’s final image was one that many of us will remember, and if you are anything like me, it was one that made your heart skip several beats, in the worst possible way. Alan’s picture was a trigger that led me to break through that (negative) narrative (of refugees being portrayed as opportunists by some media).

“I asked myself and the people around me, why is it that a body of a dead child was needed to wake me up to the fact that thousands of women and children were dying, and the global human right of sanctuary and safety that we all have, supposedly have, was being denied to those fleeing man-made atrocities?”