LONDON – In a bid to improve the quality of religious institutions, the UK government is working on plans for a national register for Imams, Rabbis, Priests and other religious leaders, ensuring that they meet better security and safety standards.

Speaking of this new program, The Telegraph newspaper quotes Mualana Shah Raza, a founding member of the Mosques and Imams National Advisory Board, warning the government “not to meddle in religious affairs or to expand the state’s involvement in deciding religious and theological issues.’ The reality on the ground however is that the vast majority of mosques in the UK are men’s clubs, and in the absence of leadership, many view the government’s initiative as being positive.

The Guardian newspaper quotes, ‘Mosques in the UK should hire British-born imams on a living wage who are better equipped than foreign religious leaders to understand the challenged faced by British Muslims.’

These concerns are expressed by British Muslims across the board, some of who have spoken out below: 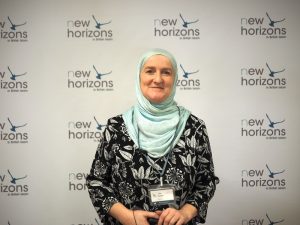 “I think the discussion around appointing British born imams is an important one. Muslim communities need to own the debate and feed into every aspect of it, it is not something that can or should be imposed by Government without community buy-in and say. Context is so important and people born in other countries find it harder sometimes to understand how things work here. For me it is all part of the natural development of British Muslim communities and should be welcomed as a positive step in the right direction”

Former Executive Director of the Islamic Society of Britain 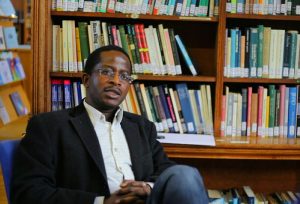 “After South Africa, the UK has some of the most prestigious Islamic seminaries in the English speaking world. Yet many mosque committees continue to recruit imams and madrasa teachers from abroad. To quote the famous Damascene jurist Muḥammad Amīn Ibn ʿĀbidīn (1784-1836 CE) who wrote in his Risālat al-ʿUrf (An Epistle on Local Customs): “A true scholar and jurist is one who is well-versed in the context, local customs, lived realities and habits (ʿādat) of the people.” 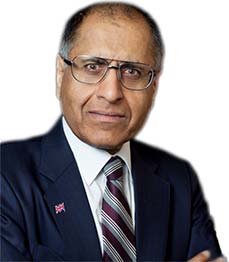 “I welcome the recommendation from the Commission that mosques should seek to recruit imams who were born and grew up in the UK and who received their religious education here. For many years I have regarded it as vital that young Muslims in Britain grow up understanding how Islam fits within British society, and how Muslims should relate to their non-Muslim fellow citizens. They cannot acquire that understanding from an imam who himself knows little of Britain and who many not even speak English properly.” 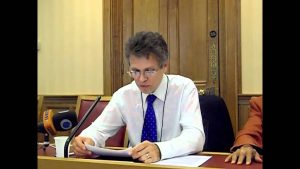 “The report is about recommendations from representatives of Muslim communities. Paying imams a living wage would be a tremendous help. Some imams are paid so poorly that they have to supplement their earnings by driving taxis. If they were properly paid they could spend more time on leadership and pastoral support of their flocks, especially young people. Recommendations like this have been made by informed and committed Muslim activists for a number of years.” 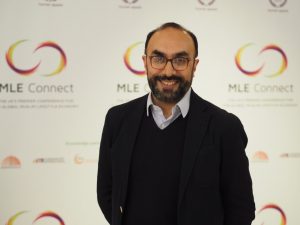 “This is an old issue that has been building up for the past 25 years or so. Mosques in this country are considered personal ‘fiefdoms’ and the real control lies with the ‘committee’. This self serving institution has rejected any idea of reform and will respond to any criticism, with a suggestion that if you don’t like what they do, you should set your own mosque up. Ok point taken and I would seriously consider that, except in the past 30 years, while we have discussing this – real estate prices have gone through the roof and now the idea of establishing a genuine British mosque that respects gender equality, the context of British society, and contemporary issues, seems almost impossible. Added to this problem is that most of the original mosques are located within the Muslim settlement areas and so are very ethnic focused. The more educated professional community are dispersed and so it’s more difficult to create a community based mosque. Long term I can see a similar situation to the Jewish community, with lots of different ‘denominations’ and people being free to choose what works for them.”

The lack of leadership in the British Muslim community can be seen with the inability to agree on a single day to celebrate `Eid as so many mosques are affiliated to celebrations held in other countries.

This is despite historically Muslims having been advanced in science, being proud of our scientific achievements, but being unable to use the same science to confirm the day `Eid will be celebrated. Conversely, some Muslim nations, such as Malaysia, have specific dates for `Eid announced a year in advance.

The Qur’an is also clear advising Muslims not to approach prayer when they do not understand prayer, this is a clear statement to the majority of British Muslims who do not speak Arabic as a first language.

The only British Muslim organization that takes the time to translate the meaning of the verses recited in prayer, is the Inclusive Mosque Initiative. Perhaps by having British born Imams who understand the issues of language and communication better, spending a few minutes after each prayer, ensuring the congregation understands the meaning of the verses of the Quran which were recited in prayer, will help British Muslims develop their faith further.

British Muslims also suffer from extreme contrasts where within the mosque environment segregation with an establish norm, despite no such thing taking place during the time of Prophet Muhammad. Meanwhile, outside the mosque environment, men and women, boys and girls, generally interact with each other without any issues.

The companion, Salman al-Farsi was given this accolade as in the earliest days of Islam, when he went to Persia, he would preach in the language of the Persians; Farsi. While Arabic had its value as the language of the Quran, the early Muslims realized that for any message to have meaning it must be understood.

Thus having imams who can speak English properly, who understand local custom, and who do not impose traditions from abroad into our modern cultural context, would add significant value to making religion more accessible to the people.

In the absence of leadership breaking the cycle of mosques as clubs for men, imposing, often misogynistic interpretations of faith, in a society where gender is not perceived as a threat or issues as it may be in other parts of the world, the value of British-born Muslim preachers is something of utmost importance.

While Muslims, Christians, Jews and other religious faiths must also seek to ensure that our government does not over-regulate compromising the integrity of faith, establishing higher and better standards can only be a positive matter for all members of our society. How this will materialize over the upcoming months and years, time will tell.