STOCKHOLM – A Swedish court has ruled that a Muslim woman who was denied a job after refusing a handshake with a male employer was discriminated against, ordering the company to pay compensation.

“The Labor Court has concluded that the woman’s refusal to shake the hand of the opposite sex is such a religious manifestation that it is protected by Article 9 of the European Convention [on Human Rights],” The BBC reported Thursday, citing the court ruling.

“The policy of the company is particularly detrimental to persons of certain religion, namely Muslims, who apply a ban on handshaking between women and men that are not closely-related.”

Farah Alhajeh, 24, was applying for a job as an interpreter when she declined to shake the hand of a male interviewer for religious reasons.

She placed her hand over her heart in greeting instead.

The interview was abruptly cut short, losing her chances in the job. Sweden’s Discrimination Ombudsman (DO) picked up the case.

“The money was never important. That doesn’t matter at all. The important thing for me was that I was right,” Alhajeh said, according to Swedish state television SVT.

“I hope I can give hope to other Muslims who go through the same thing and feel there’s no point in going on with it,” she added.

“For the first time, we have a case on a handshake,” said Clas Lundstedt, the ombudsman’s press spokesman. 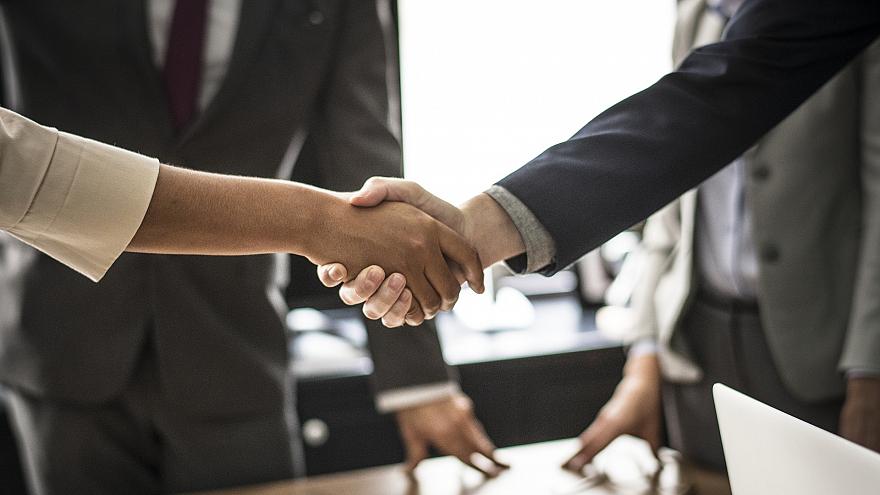 The company argued it was against the practice because it would create differences and conflict between male and female colleagues.

“This is a difficult issue and that’s why we considered it important to have a court trial,” said Martin Mörk, director of DO’s process unit.

“The judgment includes careful consideration taking into account the employer’s interests, the individual’s right to bodily integrity, and the importance of the state to maintain protection for religious freedom.”

Islam intends to build a community based on chastity, modesty and bashfulness. Therefore, Islamic teachings have laid restrictions on the interaction between marriageable men and women to block all ways to evil practices. Islam takes prohibitive measures and does not wait for evil to take place.

Even if there is no specific textual indication to the prohibition of shaking hands between non-mahram men and women, one will definitely infer that such practice is prohibited in Islam. If gazing at a woman is prohibited, touching a part of her body can never be permissible.

As a practical solution for any situation Muslims may face, some scholars said one can shake hand with a strange man who does not know your norm as long as there is no temptation.