“Following the huge groundbreaking success…in 2016 at the renowned Kensington Olympia London, the seminal event returned by popular demand over the Spring 2017 holiday weekend on an even larger scale and also introduced the UK’s first London Modest Fashion week,” the event’s website read.

“Now in its third year, the London Muslim Lifestyle Show looks to be bigger and better than ever, graduating to Olympia London’s  hugely prestigious National Hall.”

The event runs through April 22. The first show, held two years ago, was a huge success and superseded expectations.

As one of UK’s biggest Muslim lifestyle events, traditional as well as Muslim centric brands are in a stage of learning.

The global Muslim consumer market is growing and will continue to do so as education empowers individuals granting them higher disposable incomes.

Here are some photos from inside the show, taken by AboutIslam.net correspondent Farrukh Younus. 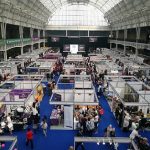 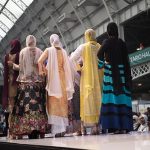 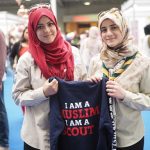 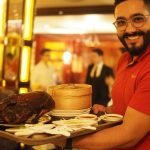 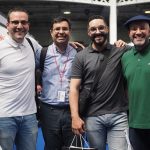 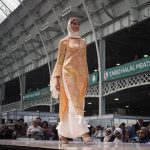