LONDON – Survivors of the Grenfell Tower fire, members of the Royal Family, and PM Theresa May listened to a Muslim students’ choir at the memorial service held Thursday at St Paul’s Cathedral.

Bereaved families, survivors, and rescue workers were joined by the Prince of Wales, the Duchess of Cornwall, the Duke and Duchess of Cambridge and Prince Harry.

Archbishop of Canterbury Justin Welby, and Labour leader Jeremy Corbyn were among the more than 1,500 guests.

The commemoration marked six months since the tragedy in which 53 adults and 18 children died. 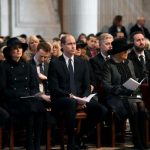 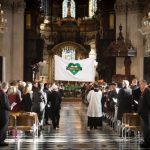 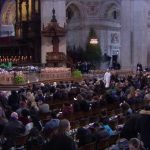 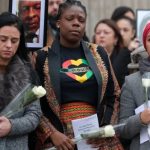 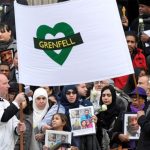