When Liverpool fans sang a song praising Mohamed Salah and saying “If he scores another few then I’ll be Muslim too,” Ben Bird took it to the heart.

“I’m embarrassed to say this but my opinions on Islam used to be that the religion, the culture, and the people were backward; that they didn’t integrate and wanted to take over. I had a hatred of Muslims,” Ben Bird, a season-ticket holder at Nottingham Forest, wrote in The Guardian.

“I don’t think my mates quite believe that I’m a Muslim because I’ve not really changed and I just think my heart is better.”

As a white British man, Bird said he used to blame Islam for his misfortunes, discovering the right-wing media pages which led to increasing hate for Muslims.

The young man’s degree in Middle Eastern Studies at the University of Leeds changed everything.

“I was a typical white-boy student who went to a different city, would get absolutely hammered and lived the student life. My degree was the first time I learned about Islam in an academic way,” he wrote.

“University gave me the opportunity to meet a lot of students from Saudi Arabia. I thought they were evil people who carried swords but they’re the nicest people I’ve met. The conceptions I had about Arab countries completely dissolved.”

Then it was Muhammad Salah who won the hearts of Liverpool fans.

“Mohamed Salah was the first Muslim I could relate to. It’s the way he lives his life, how he talks to people,” Bird said.

“Salah showed me that you can be normal and a Muslim if that’s the right phrase. You can be yourself.” 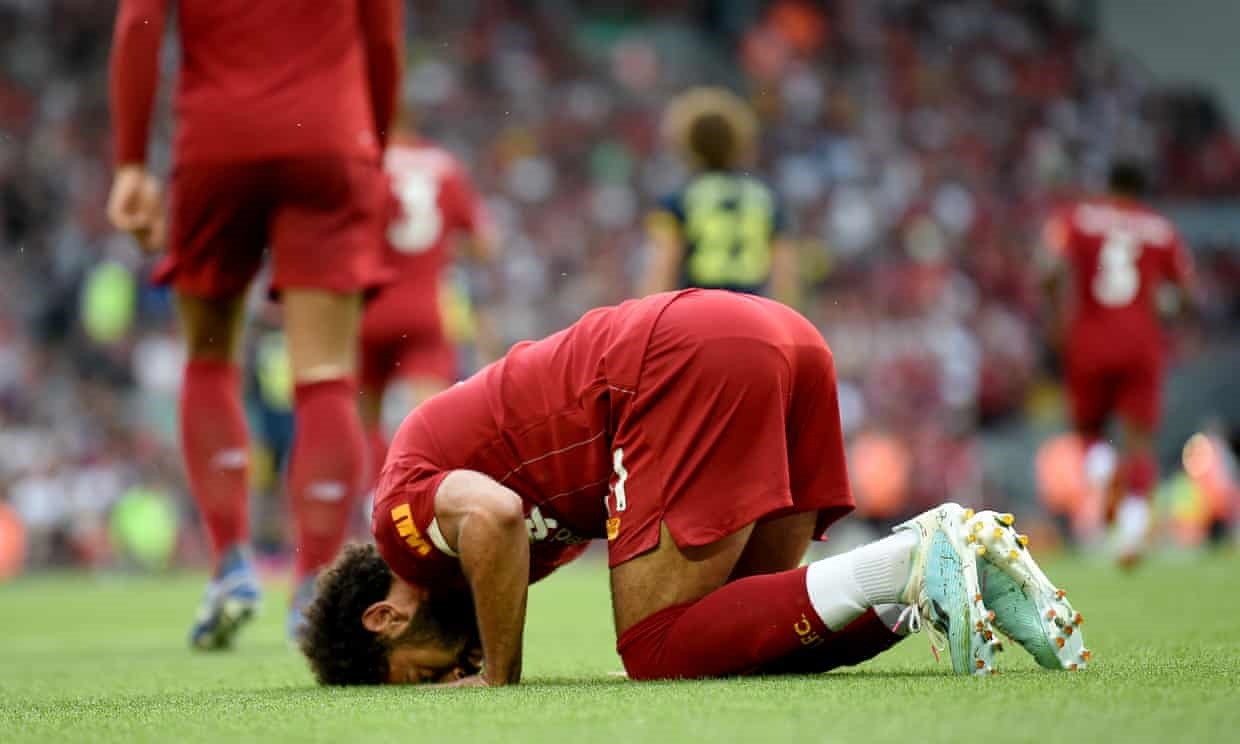 Mohamed Salah practices the sujood after scoring for Liverpool against Arsenal in August. Photograph: John Powell/Liverpool FC via Getty Images

Mo Salah is arguably one of the biggest Muslim sports stars in the world at present.