LONDON – Bringing together insight for the B2B [Business to Business] Muslim market estimated to reach $3 trillion by 2021, MLE Connect took place on May 2nd at a prestigious London venue.

The conference’s underlying message was summed up by Abdal Hamid Evans, the founder of Halal Focus, who said, “UK Muslim businesses are an economic asset that can export to the rest of the world.”

The Halal economy is at a crossroads. On the one hand exists the desire to make every product suitable for Muslim consumption where standards differ, such as meat production. For example, here in the UK, one group holds the view that slaughter by stunning an animal is permissible, while another group disagrees.

The notion of a Muslim Trade Association has been suggested over the years by Abdal Hamid Evans. The response from South Asia as well as that in the United States has not always been positive, but the transition taking place in the UK gives him hope that there may be a way forward, and he has put out a call for those seeking to create this platform.

Wealth generation is being viewed through the microscope of what is and is not permissible, with Shazia Saleem, Founder of ‘Ieat’ saying that it is “More important for me to make a fiver that is halal than five million.” While Abdullah M Al Awar, CEO of the Dubai Islamic Development Organization, went one step further adding that, “Understanding the consumer’s mindset and faith are important prerequisites for successful investments.”

Shazia Saleem added that the impact of Halal product in supermarkets has led to a 6x increase in Muslims walking down the chilled aisles. – A perfect illustration of the positive impact of the Muslim purchasing power.

Maruf Yusupov Cofounder of Halal Ad, raised the subject of children, “Our kids do not want to read books, what they want is interactive video. Imagine for a moment, what if, we bring them funny cartoons? At the same time they teach basic Islamic values.” 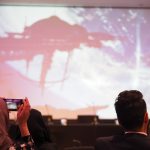 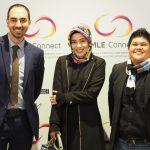 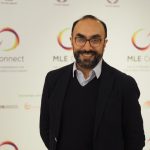 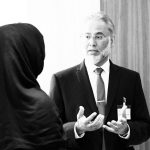 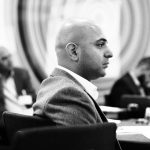 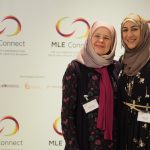 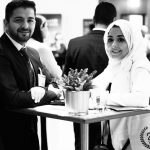 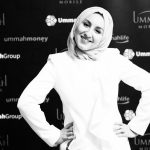 Subhi Bora, Studio Director at Gould Sydney, shared how the impact of design will enable us to move beyond the crescent and star that so many Muslim brands associate with.

Being a Muslim does not mean we reduce our identity to common denominators, it means we should incorporate values when defining our business identities. Subhi illustrated this with an illustration of what a mosque in space would look like.

Romana Bint Abu Baker, founder of Haute Elan, shared insight on the growth of the ‘Modest’ fashion industry, the success of which could be illustrated by the first Modest Fashion Show which she organized and took place at the prestigious Saatchi Gallery. This led to others adopting the model, with another Modest fashion show at the recent Muslim Lifestyle Show in London.

The notion of ‘modest’ fashion is nothing new, Muslim fashion designers have been present at London Fashion Week over the years.

Indeed some headscarf wearing Muslim fashion bloggers have objected to “Modest” fashion shows, causing a storm on social media with a number of leading “Western” brands being criticized for their superficial approach. The reality, however, is that business is business, and if there is demand, there will be supply.

This notion was no better illustrated than by Wilf Lewis of Lewis Pies who said, “I’m a white guy from Wales, and I make halal food.”

There are of course many Muslim pie suppliers, but it is not the faith of the supplier which is ever in question, simply fulfilling the demand created by the market is sufficient. And as the Muslim consumer becomes more sophisticated, a Halal label is no longer enough, the Muslim consumer wants to know the origin and ethics surrounding the product in question.

A product suitable for a Muslim is just as suitable for a non-Muslim. Haloodies is an example of a ‘Muslim’ brand, which has successfully crossed the faith-divide, having mainstreamed their product offering.

If there was one take away from MLE Connect, it was Abdal Hamid Evans’ statement: “I think there’s an atmosphere now, about collaborating. There’s a sense of self awareness as Muslim businesses are coming of age. So let’s collaborate.”

This is however not just about Muslim business, but all business. Living in a multi-faith environment, it is important to find ways of working together – irrespective of our faiths – to deliver the material and holistic values any good business should aspire to.

It is time we mainstream Muslim businesses.