On his big day, Arsenal Muslim player Mesut Özil has revealed a big plan for children in need.

He will pay for 1,000 children to have life-changing surgery, asking friends and family attending his wedding to follow suit.

“Many fans have asked me, my close relatives and friends about our wishes for our wedding,” he wrote on Twitter.

“As a professional footballer, I am in a fortunate and privileged position. However, I invite everyone who is willing and able to help to support a very special project close to both of our hearts that we will undertake with BigShoe.

“Amine and I will bear the expenses for surgeries of 1000 children in need.”

Özil has been a huge supporter of the charity BigShoe, who work with German and Swiss doctors to provide life-changing surgeries to kids who need it.

Their partnership has existed since the World Cup and they have worked together on three different projects across Brazil, Africa, and Russia. 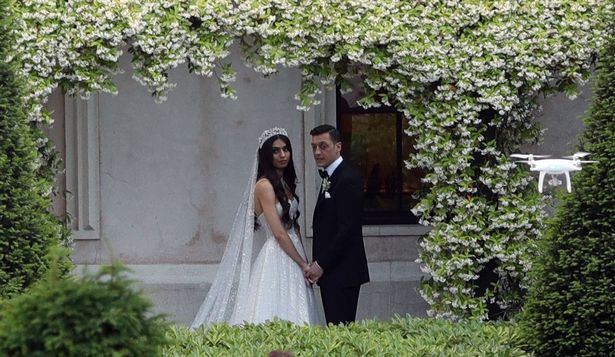 Özil urged family and friends to take part and help the project succeed.

“I’d be happy if, in addition, many more treatments all over the world can be fulfilled.

“I have really taken the team at BigShoe and the passion they treat their young patients with to my heart.

“BigShoe works alongside German and Swiss Doctors to help children all around the world by providing life-changing surgeries.

According to the CNN, the newlywed couple has also made sizable donations to the Turkish Red Cross, partly in an effort to feed thousands of Syrian refugees living along the Turkish-Syrian border.

Özil has been incredibly generous with his charity work and is an ambassador for the Rays of Sunshine charity.

Rays of Sunshine was formed in 2003 to brighten the lives of seriously ill young people and their families across the UK by granting wishes and providing ongoing support in hospital and within the community.