ROME – A hashtag celebrating marriage union with Muslim men has gone viral in Italy, after an Italian woman created it in response to an article warning European women against such unions.

“Nowadays [in Italy] the term ‘Muslim’ and/or the awful ‘Islamic’ are no longer used to refer to a religious community, but to a whole ethnicity, a ‘race,’” journalist Laura Silvia Battaglia told The Newsweek on Thursday, June 8.

“This is why we used the hashtag ‘I married a Muslim,’ even though the underlying concept is ‘I married a person.’”

Battaglia has been married for four years to her Yemeni husband who she met in his home country.

She created the hashtags “I married a Muslim” and “Muslim husband rocks” to protest an article published after the third London attacker was identified as the son of an Italian woman and a Moroccan man.

Italian newspaper Libero led its front page on Wednesday with the headline “The Italian bastard” to refer to the attacker. Also on the front page, an op-ed titled “Dear European women, to marry an Islamic [man] is a dangerous folly.”

Creating the hashtag, Battaglia said she wanted to increase visibility for the thousands of mixed unions that are successful.

“Let them know we exist, that there are Muslim men who love us, who respect their wives, who educate their children and who never forced us to do anything,” she tells Newsweek.

“Let them know that love and respect exist, especially if you are good people, and if you focus on the human being above any other category.” 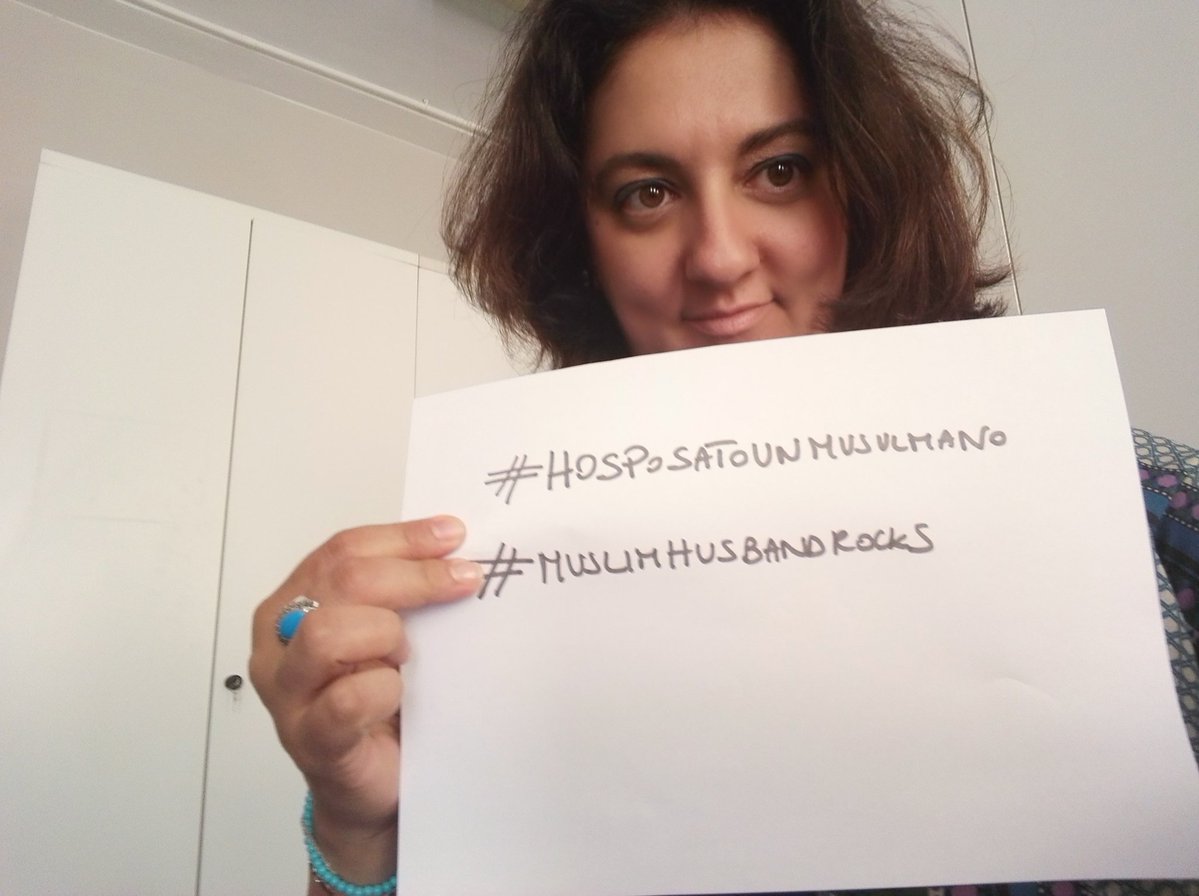 Hours after Battaglia posted a picture of herself with the caption “We have news: unfortunately for you, we’re happy” on Twitter and Facebook, hundreds of women followed, sharing images of themselves, their families, and their stories.

Giada Frana, who met her Tunisian husband at university in 2009, is one of these women who took to social media to celebrate their union with Muslim men.

“When I say that no, he does not beat me and no, he did not change when we were living in Tunisia for two years (I was moving around the country by myself, I wore what I liked, I went out with friend, sometimes people tell me ‘yes, but he’s different’. Different from whom?” she wrote as a caption to the post shared on Facebook.

Despite general positive reaction, Battaglia said they have encountered discrimination, although this is rarely explicitly stated.

“We both have found people who would label us as ‘the terrorist’s wife’ or ‘the infidel’s husband,’ but we let it slide,” she said.

“Smiles and kindness are the best weapons. If they don’t believe us, we invite them for dinner. If they turn us down, we wish them well.”

“We aren’t encouraging anyone to marry a Muslim: I don’t run a wedding agency,” she said.

“We are just saying that thousands of Muslim people are wonderful people and, simply, they exist. We found them and we’re happy. Deal with it.”