MANCHESTER – Manchester’s Police headquarter is hosting an exhibition celebrating the extend of Muslims’ huge contributions during World War One, revealing that the number of Muslim soldiers who fought in WWI were more than double the figure previously reported.

“The findings I made in this exhibition are just one part of the story. The other part is the impact the findings can have on different communities, particularly in light of recent events that risk dividing us,” exhibition curator Dr Islam Issa, Lecturer in English Literature at Birmingham City University, addressed members of the police force at the launch, Asian Image reported on Thursday, July 13.

“It’s really reassuring to see the police themselves taking proactive steps to engage with the history and experiences of the Muslim community. Such partnerships can go a long way in building and maintaining trust.

“Displaying this exhibition in the Greater Manchester Police headquarters presents a chance for individuals in the force to see the personal sacrifices Muslims made for the country 100 years ago.”

The ‘Stories of Sacrifice’ exhibition opened in the British Muslim Heritage Centre in Manchester last year. 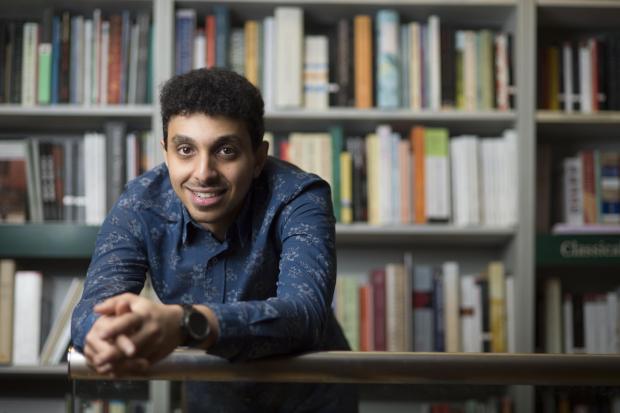 After speaking at the launch, Police Chief Constable Ian Hopkins has requested a mobile version of the exhibition be installed in the foyer at the Greater Manchester Police headquarters.

After researching historical stories, documents and artefacts Dr Issa discovered that at least 885,000 Muslim soldiers were recruited for the war effort, more than doubling the 400,000 figure previously reported.

Research findings also proved that 1.5 million Indians and 280,000 Algerians, Moroccans and Tunisians fought for the Allies during the war, as well as soldiers recruited from other parts of Africa.

Nearly 3.7 million tonnes of supplies and more than 170,000 animals were shipped from India to support the war effort.

“This exhibition has been a really significant step in highlighting the contribution of Muslim soldiers during the First World War. More importantly it has demonstrated the longstanding unity between diverse communities from across the globe,” Nasar Mahmood, Chairman of the British Muslim Heritage Centre, said.

“We are delighted that Greater Manchester Police have requested the exhibition be housed in their headquarters as a symbol of our collective strength, the diversity of Britain and the sacrifice of soldiers.

“There is no clearer demonstration of the historic connection between Muslims and the British, which only serves to emphasize why so many of us today are proud to call ourselves British Muslims.”