MANCHESTER – Hundreds of people joined a peace walk in Manchester on Sunday, May 28, to pay their respects to those killed or injured in Monday’s arena attack.

“The community have strong feelings about this and wanted a sharing of love with the victims,” the organizer, Manchester businessman Sajjad Haider, told BBC.

“We feel the same upset and anger.”

Haider said nearly 200 marchers turned out to “show solidarity with the families of those who died”.

Organized by the Muslim community, the peace walk was attended by people of all faith groups.

One woman who attended the walk, which ended in St Peter’s Square, said: “We need to be more open in regards to condemning it.”

A man said he joined the walk to “show we’re suffering as well as everybody else in Manchester and throughout the world”.

Haider, originally from Pakistan, has lived in the city for 17 years. The walk came in the second day of the holy month of Ramadan.

“We are pleased with how it went.” 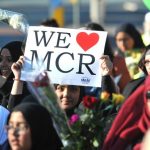 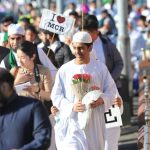 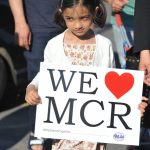 Sunday’s march followed a separate peace march on Friday, when hundreds of children walked to Manchester Arena to pay tribute to those killed in the attack last week.

Around 500 adults and children from across the city’s Muslim community in north Manchester took part in the peace walk from the Woodlands Road mosque.

North Manchester Jamia Mosque in Cheetham Hill organized the walk to show their disgust at the actions of bomber Salman Abedi and to show their solidarity with victims.