Established in 1981, the agency quickly reached a respectable reputation that in 1989 the Swedish ambassador to Morocco, a convert to Islam, asked to join it.

“I organized the first Hajj for 37 people. They each paid £325 and stayed in university accommodation,” the Egyptian travel agency owner, Hamdy El-Sawy, told Arab News while talking about his group start in 1981.

Lots have changed since then. This year, he will accompany 150 pilgrims who have each paid £6,450 and will be based at the five-star Al-Safwah Royal Orchid Hotel.

“It’s the nearest to the Haram [mosque], right next to it,” he said, pointing to a poster.

A client was the Senegalese ambassador to London who didn’t speak English. In his case, El-Sawy decided to contact a client from Gambia who spoke the same African language as the ambassador, and soon all the arrangements were made.

On arrival in Jeddah, the ambassador received a VIP treatment.

“The next time we met was at a meeting of the British-Egyptian Society and he embraced me in front of everyone and said what a wonderful time he’d had.” 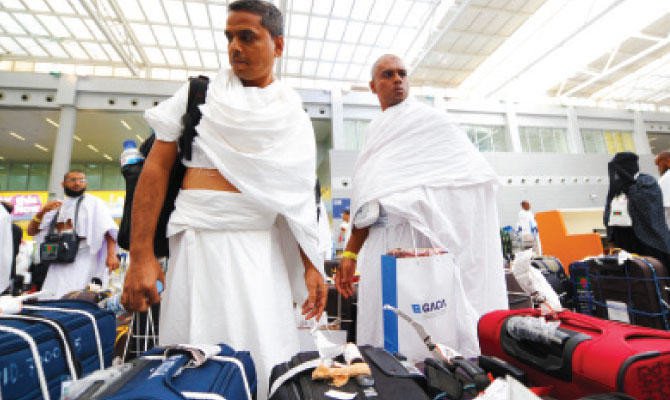 El-Sawy was born in Cairo where he studied commerce and law. Then he traveled to the UK in 1975 and worked in accountancy, as an Arabic tour guide and translator and even, briefly, as a silver service waiter.

In 1980, he organized a day trip to Brighton, on the south coast of England, to welcome the new imam at Regent’s Park mosque (El-Sawy’s local place of worship), and introduced him to his congregation.

In 1983, a major-general in the Saudi police hosted a group from El-Sawy agency of more than 40 people at his home because El-Sawy had helped him track down an Egyptian doctor in London, who had previously treated the policeman’s aged mother.

In 2014, a Bangladeshi couple from London were distraught when they realized they had miscalculated and did not have enough money to pay for their 10-year-old daughter.

El-Sawy told her: “Call again… She did and by chance, there was a Saudi friend of mine in the office. He heard the story and paid the difference. All he asked in return was a prayer for his father.”

Taking benefit from the rich history of the country he hails from, El-Sawy plans a tour tracing the journey of Mary, Joseph, and the infant Jesus fleeing to exile in Egypt to escape the clutches of King Herod in the Near East.

“I enjoy serving people,” he said. “The spiritual side of life is important and God has blessed me with a positive outlook. For me, the glass is half full.”