MANNINGHAM – A group of London Muslims has organized a Ramadan iftar where bowls of soup made from foraged nettles and home-grown vegetable stew were the main dishes to raise awareness about limiting food waste.

“Our emphasis is on ethically-sourced, seasonal food – no meat and no dairy – while plastic forks and straws and disposable plates are nowhere to be seen,” the organizer Jumana Moon told Straits Times on May 30.

The event was held in cooperation with “the Rabbani Project” at Rumi’s Cave, a London venue that hosts courses for millennial Muslims and open-mic nights.

There were readings from the Qur’an that focused on the importance of caring for the environment, while the fruit seeds participants ate were collected for replanting or composting.

“The green iftar underscored the importance in Islam of eating food that was sustainable and wholesome,” participant Sohaib Elnahla said. 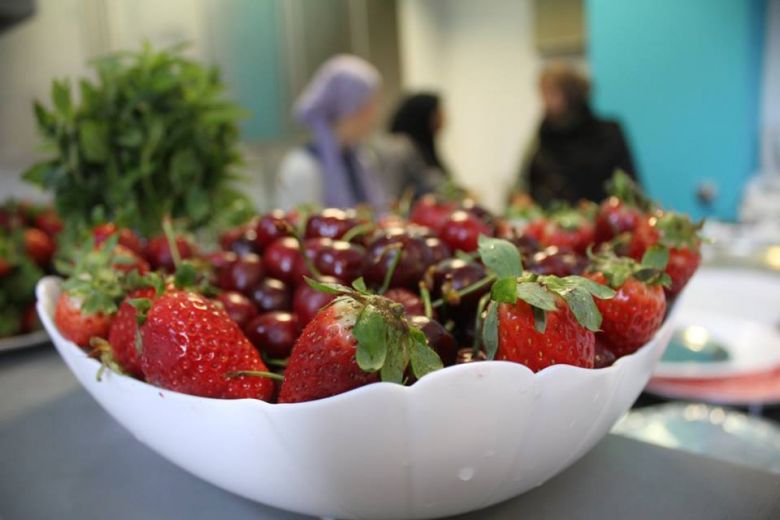 Moon expressed that “It’s a message that is absolutely vital in this day and age. Piles of left-over food and plastic plates often spill out of bins at the end of iftar meals.”

However, avoiding nutrients like essential vitamins and minerals coming exclusively from meat and dairy sources for no specific medical reason like lactose intolerance, for example, is not supported either by science or Shari`ah since humans are omnivores living organisms who are naturally built to consume meat.

Vegetarian patients who can’t eat meat because of some diseases and fanatic vegans who refuse eating meat for no medical reasons miss several essential nutrients that maintain optimal human health and thus they need to supplement with some of them for natural human wellbeing.

Such essential nutrients which are found in virtually no plant foods and vegetarians end up with lower levels of them than normal humans are Vitamin B12, Creatine, Carnosine, Cholecalciferol, Docosahexaenoic Acid, Heme-iron, and Taurine.