LONDON – Opening at the British Museum on November 2nd, ‘Living with gods: peoples, places, and worlds beyond’ is an exhibition bringing together old and new objects from the world’s varying religions.

The exhibition opens with a single stand-alone piece, the Lion Man of Hohlenstein-Stade, which was found in 1939 in a cave in Germany.

Made of woolly mammoth ivory, it’s believed to be around 40,000 years old. The object is the first evidence that humankind believed in something greater, an early definition of the concept of a god.

One of the Islamic items on display is a 14th-century lamp from the Taqi al-Din mosque in Aleppo, Syria, made to be hung in a mausoleum. The design includes enameled calligraphy of the well-known “verse of light” from the Qur’an which reads:

“Allah is the light of the heavens and the earth. Allah’s light is like a niche in which is a lamp. The lamp is in a glass and the glass is like a shining star. Allah guides to Allah’s Light, whomsoever Allah will.” (Qur’an 24:35-6)

Continuing this theme of sustenance, Rosie introduced the tradition of dining. 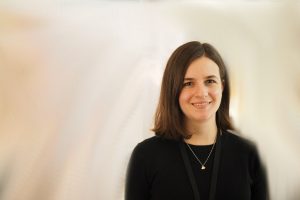 “Food is central to religious life for many people, having big banquets and festivals, or Christmas meals. But it is also important in a number of other ways,” she told AboutIslam.

“And to Sikh people, food becomes intimately related to the concept of charity and doing good deeds. In Sikh temples, they offer up food for free,” she said.

One of the most fascinating accounts of religion comes from China.

Rosie said, “During the Cultural Revolution in China, many forms of religion were violently displaced, however aspects of ritual behavior continued in some unusual ways.”

“I’m going to tell you the story about Mao’s mangoes. He once visited workers in a factory who helped him, and he gave them a gift of a box of mangoes. Surprisingly, instead of eating these mangoes, the workers began to venerate them as if they were religious relics, preserving them encasing them, and thinking they could do miraculous deeds.” 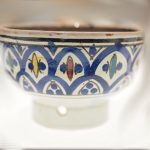 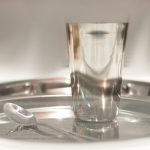 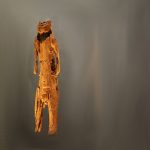 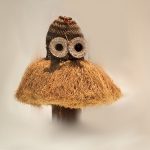 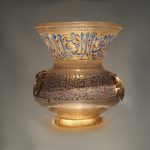 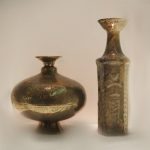 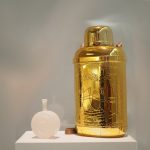 The concept of believing in something is inherent in all people, but how faith is interpreted and manifested varies across the ages. There are, however, many concepts which cross all faiths, including the spiritual usage of water, for example.

Rosie elaborates, “Water has the potential to cause great destruction, chaos, and death. But it also offers purity and cleanliness. The concept of sacred water is something that we see in many religions.”

“Here behind me, I have a collection of flasks. The two at the top are zam-zam bottles, and hold holy water from Makkah. We have a bottle here that holds Ganges water which would be sacred to Hindus. And a bottle here that would contain Jordan water from the river where Christ was [claimed to have been] baptized. So you can see how in many different faiths, water can take on a really important sacred and spiritual value.”

Muslims believe that many Prophets were sent to humankind to inspire, guide, and direct us to better behavior by believing in, understanding, and worshipping a Creator.

This exhibition goes some way to help us understand the richness of human belief.

Consider that for over 40,000 years, there have been over 4,000 different religions, each of which being a path to coming closer to God.

In one of the last verses of the Qur’an to be revealed, God says, “This day I have perfected your religion for you, and completed My favor to you and chosen Islam as your religion.” (Qur’an 5:3)

The verse was spoken during Prophet Muhammad’s farewell speech. But, just 24 hours later, when he was walking with his cousin Fadl ibn Abbas, people approached him asking him questions about religion, repeatedly, to the point that he became frustrated. It was then that Prophet Muhammad spoke one of his most quoted statements, “O people, beware of excessiveness in religion, for excessiveness destroyed the nations before you” [An-Nasai]. Faith is therefore not just about belief, but balance with that belief.

Faith is therefore not just about belief, but maintaining balance in that belief.

In many ways, the exhibition is a reflection of people’s desires to tap into whatever exists in so many of our souls, a curiosity about who we are, where we have come from, how should we live our lives, and where are we going to next.

It is a taste of 40,000 years of humanity’s personality, shaped by time, culture and traditions. This lifelong search for something else, has, over the ages, been manifested in many different ways.