PRIŠTINA – The main squares of Kosova’s cities have been decorated with state symbols, days ahead of the European Muslim country’s 10th anniversary of declaring independence that comes next Saturday, February 17.

Slogans such as “Welcome to Kosova” and “From Kosova with Love”, featuring the colors of the Kosovar flag, have been placed around boulevards and have quickly become tourist photo spots for people visiting the capital city Priština.

Ten years ago, Kosova (known internationally as “Kosovo”) declared independence after 95 years of Serbian occupation which devastated the country and its population since 1913.

Irrespective of governmental recognitions, which have exceeded 115 countries to date, the independence celebrations aren’t exclusive for Kosova.

In fact, Muslims throughout the world inside and outside the 60 Muslim countries, as well as Albanians all over the globe, are commemorating the independence.

Notably, 57.5% of the United Nations (UN) member states, 63% of the Organization of Islamic Cooperation (OIC) members (36 states), and 82% of the European Union have recognized Kosova. 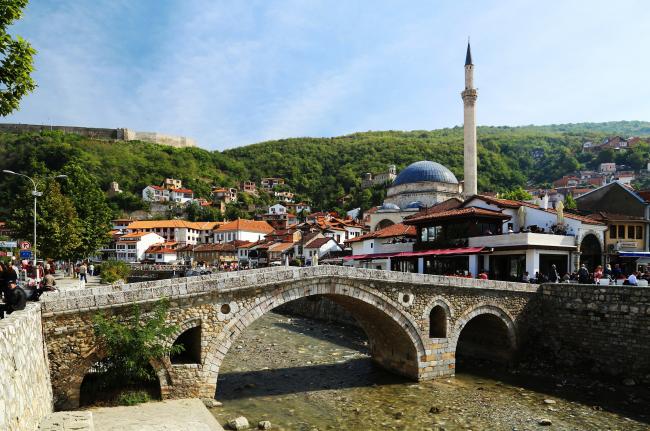 In reality, the 2008 declaration was the second Kosovar independence declaration, as the first was proclaimed on September 7, 1990. But, at that time the international community didn’t identify the benefits and the international law didn’t have the courage to recognize the human rights of the massacred Kosovar Albanian Muslims.

This independence was the culmination of a long and difficult process that had its origins in Belgrade’s oppression of the Albanian Muslims who are the native Illyrian people of Kosova, an Albanian province since ancient times that was handed to Serbia under the Treaty of London in 1913.

Back in 1989, former Yugoslavia abolished Kosova’s far-reaching autonomy as a province of Serbia; two years later, as Yugoslavia dissolved, Kosova lost its status as a federal entity of Yugoslavia with rights similar to those of the six republics.

During the 1990s, the Serbian authorities consistently discriminated against the Kosovar Albanian Muslims, excluding them from administrative, health, and education systems.

In reaction, the Albanian Kosovar leadership, under Ibrahim Rugova, pursued a policy of peaceful resistance for several years, before a lack of progress led to the formation of the Kosova Liberation Army.

Instead of obeying the international law, the Serbian armed forces started the Kosova War in 1998 and 1999, where no less than 9,000 Kosovar Albanian Muslims have been killed and about 90% of Kosova’s population has been displaced. 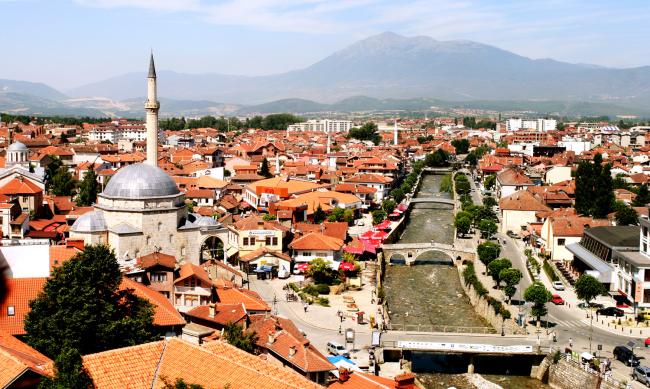 Ahead of the 10th-anniversary celebrations, many Kosovars are focusing on the country’s strengths: resilience, determination, and a vibrant young population.

Talking after an entire decade full of achievements and hardships, Enver Hoxhaj, deputy Prime Minister of Kosova, told Independent Balkan News Agency, “The country has seen major developments and can feel very proud of these developments. Kosova is a democratic country, it has held elections, it has a Constitution and free press, a civil society and a rigorous debate.”

“The country has been recognized by 114-115 countries and it is a member of many international organizations. It’s not yet a member of the UN, but this will come. These are challenges that need to be addressed and one of them is normalization of relations with Serbia,” he added.

The Kosovar Albanian official, who has been part of the negotiating team during the preparations for independence in 2008, continued: “Of course, Kosova’s main priority is to consolidate its state, which means accession in the UN and EU.”

According to the Heritage Foundation’s global report for Economic Freedom in 2018, Kosova scored 66.6, making its economy the 56th freest.

However, the report also mentioned that “Despite managing to record positive growth rates, the economy is characterized by extremely limited regional or global economic integration, political instability, corruption, unreliable energy supply, a large informal economy estimated at 35% of GDP, and a tenuous rule of law, including a lack of contract enforcement.”

Four of these factors are mainly caused by the governments which oppose the Kosovar independence and their effective influence in directing the global economy away from the newborn Muslim country.