The Muslim schools overall average of students who received 5 or more A*- C grade GCSEs, including English & Maths, exceeded the national average with 9 schools achieving a 100% success rate – only 55 schools achieved the 100% landmark in the whole of the UK.

Here follows a short list of the successful examples as the highest-achieving educational institutes in Britain: 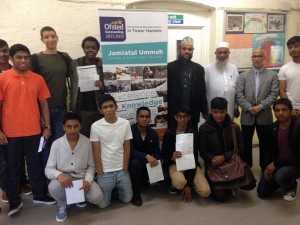 Jamiatul Ummah Secondary School in Shadwell East End of London has achieved 100% A*-C for their GCSE 2015 including English & Maths. It was ranked top school in Tower Hamlets.

Jamiatul Ummah was ranked the 47th best school in England in the Telegraph league table published for 2014. 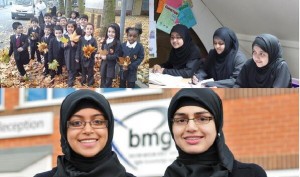 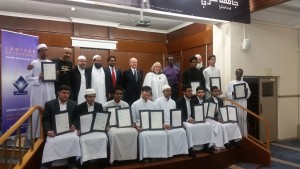 In late November 2015, Lantern of Knowledge Secondary School was awarded Ofsted’s highest possible grade in all areas following their inspection.

The school, based in Waltham Forest, London, received Outstanding in Overall Effectiveness as well as in Effectiveness of Leadership and Management, Quality of Teaching, Learning & Assessment, Personal Development, Behaviour & Welfare and in Outcomes for Pupils.

In August 2015, Department for Education statistics in Birmingham showed Al-Burhan Grammar School at the top of GCSE results. The school, run from Spring Road Centre in Acocks Green, had 100 per cent of its pupils attaining at least five GCSEs grades A*-C including maths and English. 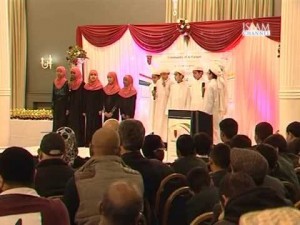 In the same GCSE statistics in Birmingham, Al-Furqan Community College in Tyseley came second in the league table. The results showed all of the school pupils gaining at least five GCSEs at grades A*-C including maths and English, scoring 27 percent increase compared to 2013 when 73 per cent of pupils achieved the same benchmark standard. 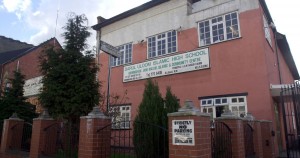 The GCSE scores showed 81 per cent of its pupils achieving at least five GCSEs at grades A*-C including maths and English in results released last August in Birmingham. 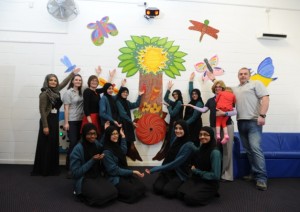 In February 2014, The Islamic high school was recognized as one of the top 100 schools in UK after achieving excellent GCSE results in summer.

In February 2013, the Tayyibah Girls’ School, located in London, topped 22 schools in Hackney with a whopping 100 percent of all students achieving 5 + GCSEs at grades A*-C (including English and Maths) a 17 percent improvement on its 2011 results. In 2014 results, the school scored 100 per cent of its pupils attaining at least five GCSEs grades A*-C including maths and English. 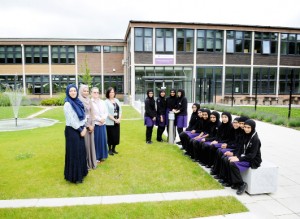 In February 2013, the school was rated the highest-achieving educational institute in Blackburn after 95 percent of students achieved 5+ A*-C (including English and Maths), while 76 percent achieved the newly introduced English Baccalaureate.

In March, the school was shortlisted for ‘Secondary School of the Year’ by the Times Educational Supplement annual awards.

In March, the school was shortlisted for ‘Secondary School of the Year’ by the Times Educational Supplement annual awards. In 2014 results, the school score 97 per cent of its pupils attaining at least five GCSEs grades A*-C including maths and English.