British Muslims, Christians, Jews and others of faith, along with those of none gathered for the 2019 City Circle Interfaith Iftar at St James’s Church in Piccadilly.

The subject for the evening, “Extending the hand of friendship”,  brought people together to share their common humanity, first with a discussion with panelists chaired by Reverend Lucy Winkett, Rector of the Church, and with keynote speaker Lady Gilda Levy, co-founder of the Women’s Interfaith Network.

As in the previous years, the format of the Ramadan iftar did not include a fundraising talk, rather the ticket price included the fundraising element allowing guests to listen in, participate, and enjoy their iftar in a more relaxed matter.

Guests were greeted by music from a choir. The announcement that it was time to eat was sounded by the ringing of the church bell, and menu options included cuisine from Sri Lanka, Morocco, Jamaica, and Ethiopia, bringing flavors of the world to a gathering of people from the world. 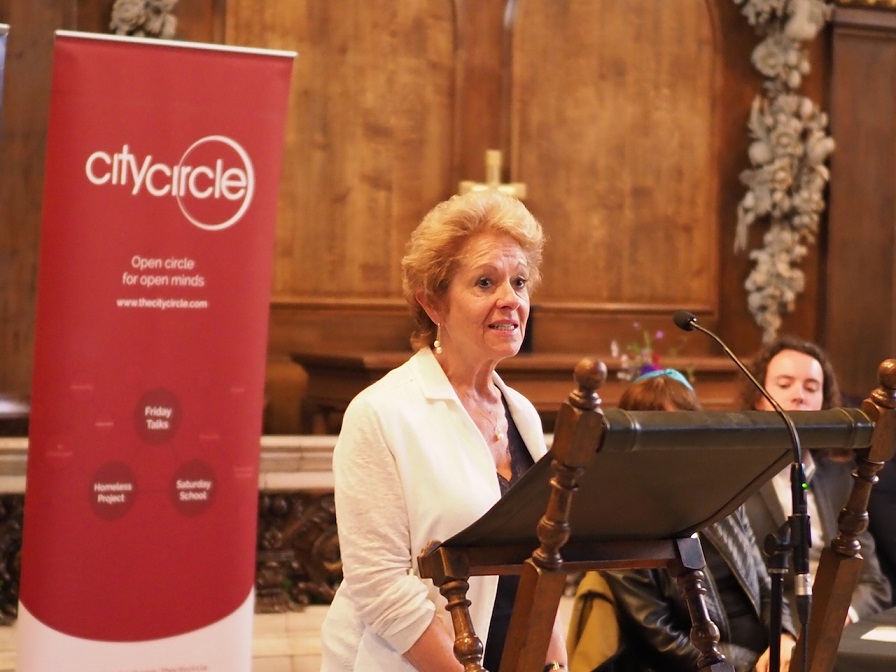 Born in London to parents who were Jewish immigrants escaping Nazi persecution, Lady Levy shared that nearly 60 members of her mother’s side of the family were sent to Auschwitz.

“Growing up in the shadow of the (Jewish) Holocaust was a very life-changing and difficult time. My early years were spent watching my mother try to find her family, and then realizing that she would never see them again.

“So for me, bigotry, hatred, prejudice are huge evils. They are evils that we have to fight. We really do.

“The whole refugee experience, the whole refugee status is incredibly important. I have to say that when I saw the Brexit poster of refugees going off into the distance, that was a very frightening moment for me because it was reducing refugees, it was reducing people to nothing, to numbers, to being less than human. So extending the hand of friendship is incredibly important.

“Its really encouraging to see people from so many different religions, societies, and communities (at the event). It’s an amazing achievement.

“The most important thing is that we are all human beings, and we all owe it to each other to do the best that we possibly can.” 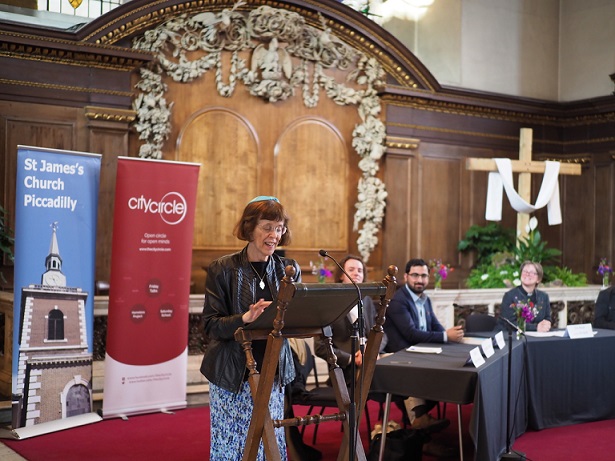