LONDON – A group of 130 imams and religious leaders from East London Mosque have refused to perform the traditional Islamic funeral prayer for the London Bridge attackers, who were later shot dead by the police last Saturday.

The Muslim community leaders in East London have hit out at the actions of the three attackers Khuram Shazad Butt, Rachid Redouane, and Youssef Zaghba, saying their actions go against the core teachings of Islam, the Independent reported on June 6.

In an official statement on social media, the group said: “Consequently, and in light of other such ethical principles which are quintessential to Islam, we won’t perform the traditional Islamic funeral prayer over the perpetrators and we also urge fellow imams and religious authorities to withdraw such a privilege.

“This is because such indefensible actions are completely at odds with the lofty teachings of Islam,” the statement concluded.

Despite today’s announcement by the 130 Islamic scholars, rejecting to perform an Islamic funeral and prayers for the attackers, there is an opinion that carrying such ritual is reserved for all Muslims regardless of their actions.

Islam calls for respecting human beings whether alive or dead.

A Muslim’s dead body should be immediately taken to a mortuary for washing and preparation.

Two or three adult Muslims should wash the body and then put on the shroud (kafan). Before the burial, the funeral prayer should be done.

The burial should be done as soon as possible. It is makruh (reprehensible) to delay the burial of the dead. 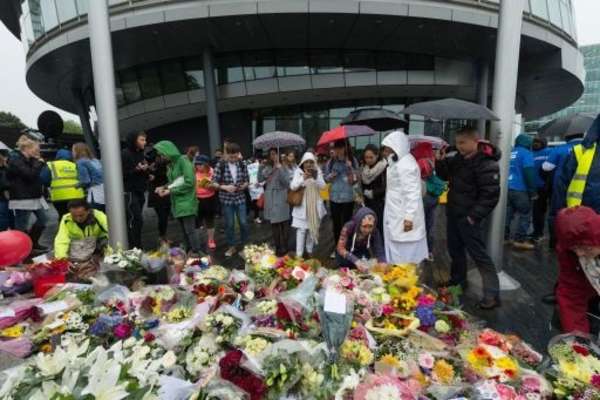 In light of the incident, a panel of speakers at the East London Mosque said today they would work to combat extremists’ “twisted narrative and their perversion” of religion.

One of the main speakers, the chairman of East London Mosque and London Muslim Centre, Muhammad Habibur-Rahman, urged people to reject division and prejudice, and to report both extremism and Islamophobia.

“Once again we come together, to stand united against those who try to divide us. The cold-blooded murder of innocent people in London on Saturday evening will not succeed in driving us apart. I have a clear message to those who perpetrate terrorism: you are against the very core teaching of Islam and of our Prophet Muhammad, peace be upon him,” the chairman said in his official speech.

“Your misguidance will lead you to destruction, and God willing you will utterly fail in your evil aims. ‘We stand apart from you and your corruption of the religion of Islam. Terrorism has no faith,” Habibur-Rahman continued.

On their behalf, the leaders of Jabir Bin Zayd Islamic Centre in Barking, a short walk from Butt’s family home, said their thoughts and prayers were with the victims and their families. “As a community, we denounce this abhorrent criminal act, for which there can never be any justification,” said their statement.

“We understand that in the current climate there is much fear, confusion and anger in the country and people are looking for answers. That is why we will continue to assist the police and the relevant authorities with any investigation to ensure that justice is achieved,” the statement of Barking’s center expressed.