A few weeks after the month of Ramadan during which Muslims around the world  observed daily fasting, the Conservative Muslims Forum (CMF) brought together a panel of faith leaders Tuesday, June 18, to share the historical tradition of fasting in different religions.

Organized and managed by Mohammad Amin, Farukh Miah, and Lord Sheikh from the CMF, the program was held at the House of Lords, featuring six speakers covering the faiths of Islam, Christianity, Judaism, Hinduism, Bahaism, and Buddhism.

Here in the UK, fasting is traditionally associated with the Muslim faith whose adherents tend to be the most visible, whether this is due to the high volume of charitable donations during the month of Ramadan (over £100 million donated last year) or the growing number of evening iftar street parties where communities are brought together to share a meal.

Christianity comes second with the tradition of Lent, where adherents give up something, ranging from chocolate to meat.

Visibility of fasting in the other religions is often not covered in the mainstream, with modern-day contemporary forms of fasting based on health taking precedence. Examples here include the 5:2 diet which has recently taken hold across UK and US health fads.

While the forms of fasting vary, with a focus on what is given up, often in the context of consumables, there is a much deeper purpose to the fast, beyond the physical sacrifice of food and water, namely, the opportunity to grow our relationship with our Creator. 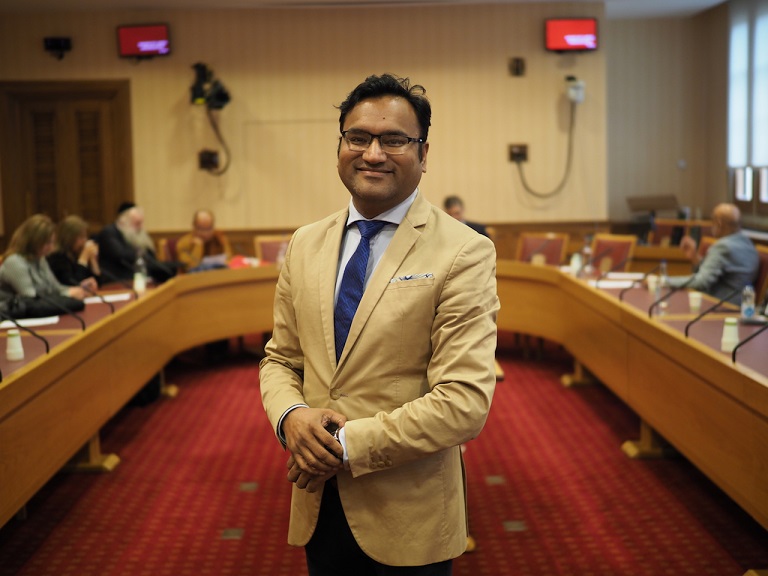 The evening commenced with a recitation of the Qur’an by Imam Ali Omar, the Muslim Civilian Chaplain to the Armed forces. His chosen verse was from Chapter 22 of the Qur’an, verse 67, which begins with the words, “For every religion, God has appointed rites and rituals which they perform…”

Lord Sheikh, the primary host for the evening, then shared some opening remarks, “I would like to invite you all to the grand surroundings of the House of Lords which is indeed my second home. We are inviting people from different religious groups so we can sit, talk to each other and learn more about each other.

“I think sometimes problems arise because of misunderstandings… Indeed we are commanded by God Almighty to get to know people of other religions, other people. This is fundamental to what we are trying to do… People should be accepted as people, not because of what religion they belong to, what creed they belong to, or what caste they belong to… I’m a great believer in interfaith dialogue and I’m a great believer in getting to know people of other religions.”

After setting the scene, each of the speakers shared insight into fasting in their respective religions.