“Yesterday’s Jumu’ah Khutbah with BSL translation was a landmark day for the Muslim deaf community in Scotland,” the mosque Facebook page said

The breakthrough was announced earlier last week by the mosque.

“This is a unique opportunity for the deaf community in Glasgow and it further propels our values of Love and Acceptance as an organization. We encourage this news to spread as much as possible to make many people aware of this,” the center’s page read. 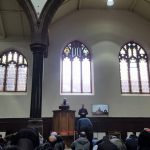 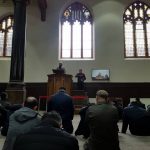 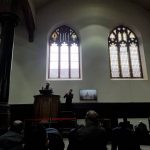 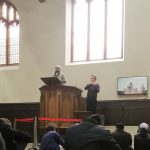 After the sermon, which was widely praised on social media, the Islamic center offered a video with the mosque imam.

“After the sermon, we caught up with Imam Sohaib and brother Abdul Hakeem from the charity Islam for Deaf to ask them how it felt to be part of such an occasion. Also features some sign language,” the post added.

Though the Glasgow mosque is the first in Scotland to offer services to the deaf, the case is not the same in the US.

In 2014, the Global Deaf Muslims (GDM) was established to help raise awareness of the Muslims with hearing difficulties within the Muslim community and allowing deaf Muslims to gain more access to religious learning.

Earlier, the Qatari Social and Cultural Center for the Deaf recently presented a 376-page dictionary of Islamic sign language for Arabic sign language interpreters to learn.