Ayah, a niqab wearer, and a policeman embrace at a protest. Photograph: Andrew Kelly/Reuters
aaa

COPENHAGEN – As a proud Niqabi Danish Muslim woman, Sabah Qarasnane is nostalgic for a more tolerant country where she feels welcomed and accepted.

“When I came to Denmark in the 1990s, it was more welcoming and open,” she told The Observer.

“I decided to build my life here, and I gave my children to Denmark, to Danish society, with the expectation that they would be fully accepted. And now it is not clear if that is happening.

“I dealt with being an immigrant, but my kids are not,” she added. “They were born here. They don’t have another identity to claim if they are being marginalized.”

Qarasnane is a Moroccan-Danish community organizer from a part of Copenhagen the government has officially dubbed a “ghetto”. 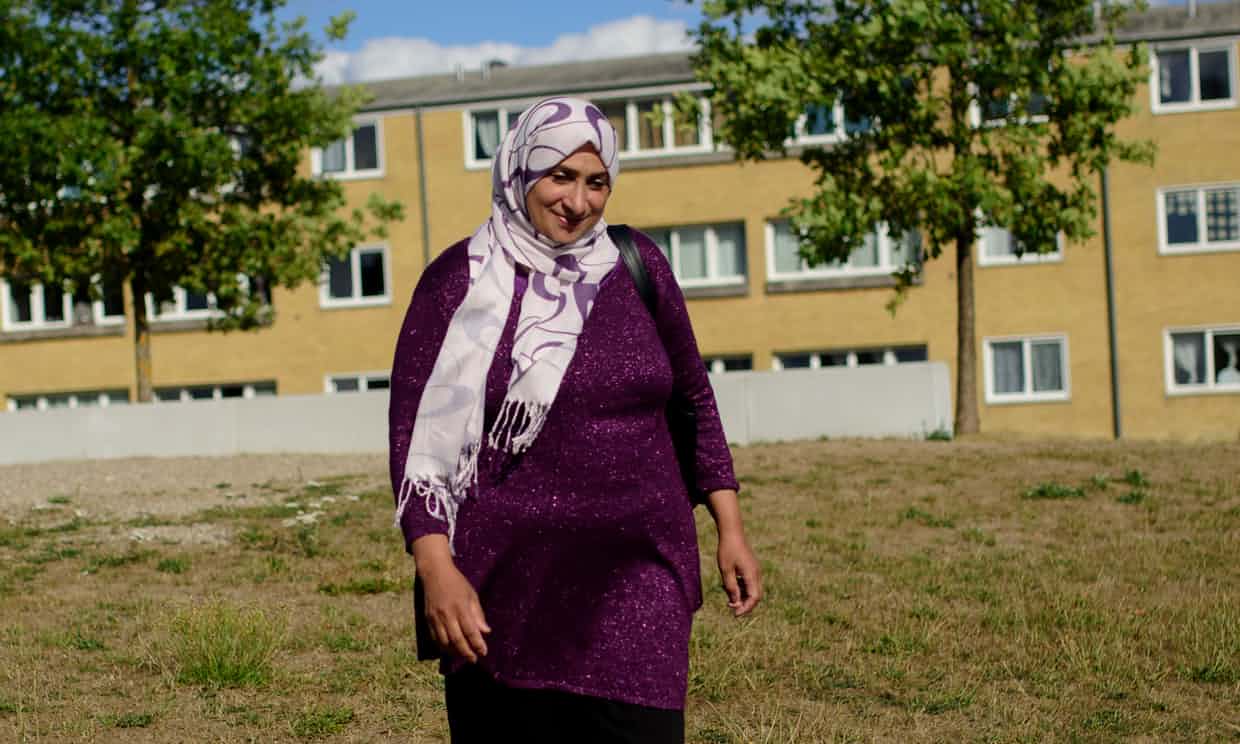 Over the past months, the Danish People’s Party (DPP) has been pushing anti-Muslim, immigrant policy, including making the country’s unusual and already controversial “ghetto” policy even harsher.

Denmark is the only western democracy to mark out official “ghettos” where residents are subject to different rules from the rest of the country, simply by dint of their address.

The first “ghetto lists” were drawn up nearly a decade ago. But in recent months the government has pushed through policies that demand far more extreme intervention in their residents’ lives.

The “ghettos areas” are defined by a series of factors, including income, unemployment, crime rates, family background and education levels – although only education taken or validated in the Danish system counts.

“I feel stigmatized. I’ve lived here for 40 years. My daughter grew up here and I gave her a good childhood,” said 74-year-old Rita Tiell Langeland.

The new rules have triggered criticism from social activists.

“It [ghetto list policies] amazes me that even though the crime rate has fallen and the educational level has risen, these areas are more stigmatized and are portrayed more negatively from parliament. And so many teenagers in these areas believe in that portrayal of themselves and their neighborhoods,” Aydin Soei, a Danish sociologist, and author who has focused on marginalized urban youth, said.

“A lot of young men feel that they are not recognized as equal citizens … The narrative of ‘counter-citizenship’ is a heavy risk factor when it comes to potential recruitment for criminal groups such as street gangs and militant Islamist groups.”

Michala Clante Bendixen, chair of campaign group Refugees Welcome, is also frustrated by the approach, saying it is destroying areas that have often proved a positive force for integration.

“What they overlook is the potential [in the ‘ghettos’], these areas are integration factories in a way – there is a lot of money, with projects and voluntary work being focused on these areas for integration. And it is working, I find,” Bendixen said.

“There are positive results – people move out when they are ready for it.”

Denmark introduced a law on August 1 where people wearing a burqa, which covers a person’s entire face, or a niqab, which only shows the eyes, while in public carries a fine of 1,000 kroner.

Human rights campaigners have slammed the ban as a violation of women’s rights, while supporters argue it enables better integration of Muslim immigrants into Danish society.

Ayah, a 37-year-old niqab wearer, is furious about the law but says she tries to ignore politicians.

“This is not my Denmark,” she said. “My parents are Danish. I was born here and raised here and this is not the country I grew up in. They changed it. They speak a lot of hate.”