“The app is now ready to launch in key markets, such as Pakistan, UK, USA, and other Muslim countries. After receiving a $1M seed investment from Copenhagen-based Promentum Equity Partners,” informed the programmer Omair Khan, one of the app’s three co-founders.

“As you know, there is a growing demand from Muslim audiences to find one place for all their needs, from Halal food to fashion, events information to entertainment options etc. In the bid to help the end user have an easy journey through the app, we’ve made it user-friendly and sectioned areas for quick use, such as food & drink, fashion & shopping vs spirituality, books, and events, to name a few,” Omair explained.

The Salam Planet app was launched in 2017 via a Danish private equity-backed company. 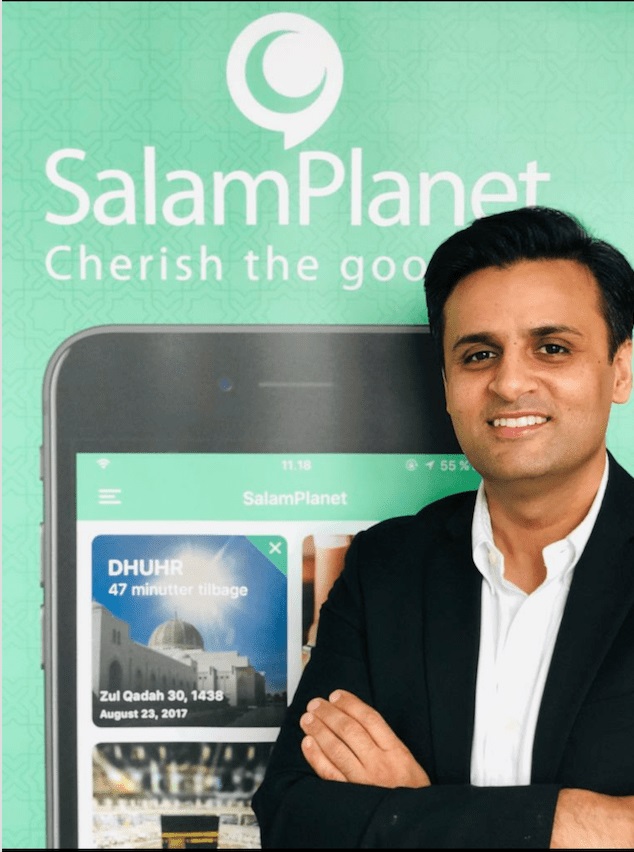 Its Pakistani Muslim developer compares the event listing of the app to Eventbrite, where you can promote local Muslim events through the app, rather than having to scroll through Facebook and other social networks to find out about them.

Another interesting aspect in the new app is ‘Salam Tickets’, which is already live on the app, has many events to choose from, whereas Salam Deals offers discounts in places from restaurants to fashion wear outlets.

Another co-founder of the app, Said Khan, said: “We currently have 150,000 downloads and it’s a completely free app to download. We’re aiming to reach a target of one million downloads by 2020.”

Salam Planet app will be offering a chat service as well as the Islamic offering of prayer times, qibla finder and masjid locator.

The application is not the only one catering to the needs of Muslims worldwide.