WEST YORKSHIRE – A Wakefield-based charity will be screening Britain’s first ever Muslim charity advert on TV this Christmas, to challenge the misconception that Muslims are anti-Christmas.

“Just like a cup of tea that comes from the East, but is regarded as quintessentially British, so is Penny Appeal,” The Penny Appeal charity CEO Aemar Naeem explained earlier this week to Wakefield Express.

“Our Muslim faith comes from the East, but we are proudly British.

“Although we work in 30 crisis-hit countries, here in the UK we provide aid to the poor, homeless and needy to help alleviate poverty and transform lives, for just a few pennies a day.

“This is particularly important during the winter months, especially for the people who live on the streets, who desperately need warm food and shelter.”

The new commercial explains how the charity is helping poor and homeless across the UK for a few pence each day.

It will debut on Christmas Eve on ITV and Channel 5 to highlight the often-ignored role of British Muslims in helping vulnerable people across the UK over Christmas. 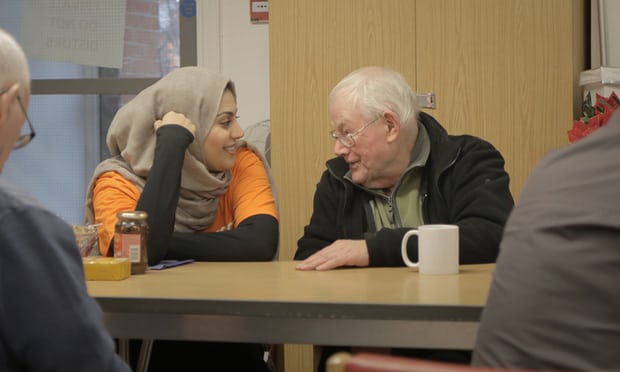 A UK parliamentary report published last week revealed that the charitable work done by Muslims is not seen as “newsworthy” or given enough credit.

The All-Party Parliamentary Group (APPG) said the role British Muslim charities play during the festive season is “willfully ignored,” and it blamed the media for an inaccurate portrayal of Islam.

“The narrative at this time of year has been that Muslims don’t like Christmas, that they almost want to ban Christmas,” former Tory cabinet minister Baroness Warsi, treasurer of the APPG, said.

“My own party has done that in the past. When we were in opposition we would try to find ‘Labour banning Christmas stories’ and invariably it would have an ethnic minority link.”

Giving British Muslims deserved credit for their charitable contributions, the hashtag #AVeryMerryMuslimChristmas was trending last week as people celebrate the contributions of Muslims during the holiday season.

Across the UK over winter, Penny Appeal will be holding tea parties for the elderly, delivering gifts to sick children in hospitals and hosting Christmas dinners for the homeless and vulnerable as well as distributing winter warmer kits to rough sleepers and providing over 10,000 meals by way of hot meal provisions and family food parcels.

Penny Appeal was set up in 2009 by entrepreneur Adeem Younis to offer assistance for providing food, water, and medical supplies.