CARDIFF – Visitors coming to the Dar Ul-Isra Mosque in Cathays, Cardiff, will change their ideas about mosques forever.

As many believe mosques are built as places of worship only, the Dar Ul-Isra mosque is working to change this perception, hosting cub scouts and kickboxing classes.

“When they first start Cubs you get a few girls who are quite quiet, quite shy, but as they go on they become more confident and you see them grow as people and that’s an amazing thing,” group leader Maisha Khan told The BBC.

In the hall attached to the mosque, 250 Beavers, Cubs, Scouts, and Explorers form the first Cathays Al Huda.

The hall is used for meetings all week, while inside the mosque itself, classes are held. The group has a waiting list of 140, becoming one of the busiest in the UK.

“Islam is a complete way of life and [the] aim of Islam is to get a balance to ensure we’ve got good spiritual, emotional as well as physical wellbeing,” said Dr. Mohammed Mustafa, a GP.

“We have regular exercise classes from yoga to Pilates to kickboxing, all in the spirit of having a more holistic approach to practicing good faith, so it’s more than just the ritualistic prayers that some people might be accustomed to.” 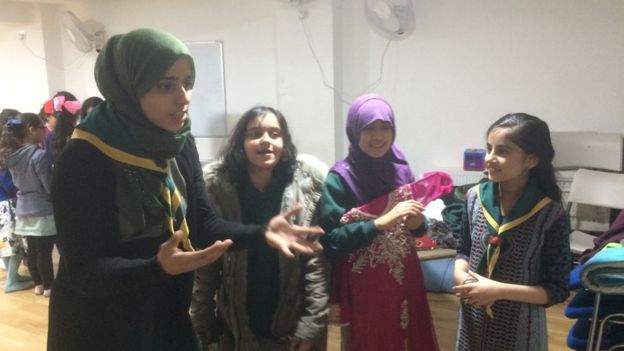 The 12 Welsh mosques, including buildings in Cardiff, Newport, Swansea, Wrexham, Bangor in Gwynedd and Rhyl, Denbighshire, open as part of the UK-wide ‘Visit My Mosque’ event.

The event, organized by the Muslim Council of Britain, hopes to show that mosques are more than just places of worship.

“I think we can be an incredibly positive force for good within the local community,” said Amanda Morris of the Muslim Council of Wales.

“We do have a lot of work to do to dispel misconceptions that the wider public has about us, but I think that’s something we can do bit-by-bit by sharing and opening ourselves up to our neighbors.”

More than 200 mosques across the UK will be opening their doors later next month in an initiative organized by the Muslim Council of Britain (MCB) to allow people a chance to learn more about Muslims.

Planned for February 18, the event invites people from all backgrounds for tea and biscuits as part of a national event to build better relationships with the community and dispel misconceptions about British Muslims.

This year has seen the scheme growing from the 150 mosques that took part in 2017.

The initiative will see religious officials welcoming their neighbors for tea, biscuits, cakes and an insight into the day-to-day goings on of a busy Muslim center of worship.