With hundreds dead and hundreds more injured, these incidents are a reminder of how intolerance and extremism, when left unchallenged, motivate the insecure to cause harm to others.

Bunnies and chocolate eggs aside, Easter is a special time of year for Christians, a time they remember Jesus. The same personality is also highly revered in Islam.

Meaning, the two of the world’s largest religions both hold a view of Jesus that defy conventional science. This is not something to divide the two, rather unite us out of mutual respect for Jesus, peace be upon him.

This same diversity in varying proportions can be found around the world, whether in modern Western democracies, Middle Eastern monarchies, swathes of Asia, and certainly in pockets everywhere else as travel and migration have led to culturally diverse and rich communities. 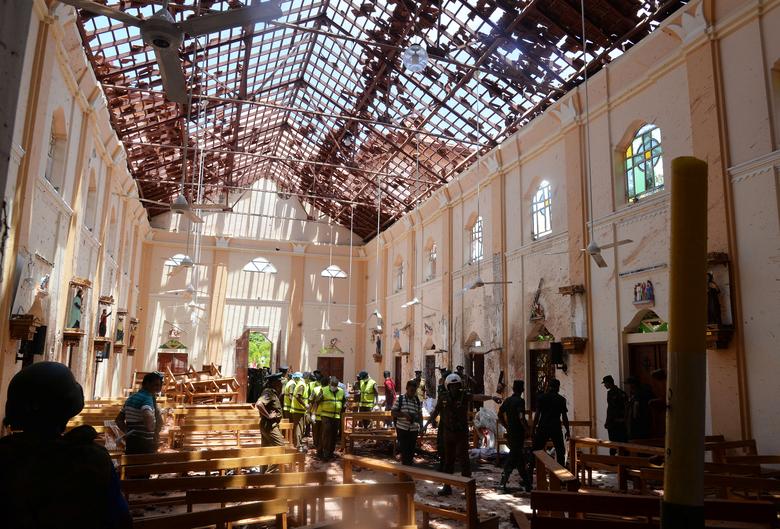 Crime scene officials inspect the site of a bomb blast inside a church in Negombo, Sri Lanka, April 21. REUTERS/Stringer

We can find in the scriptures of every faith group teachings of love, kindness, and compassion. Yet in every faith group, there are always those who ignore these positive messages and adopt evil. We see this with Buddhist extremists, Hindu extremists, Muslim extremists, Christian extremists, and others. So how do we challenge extremism and promote co-existence?

When I look at Islam and Prophet Muhammad’s life, I see a man who balanced core messages in two important ways. First, he would address traditional pagan Arab culture such as burying baby girls alive or the various styles of marriages most of which exploited women. His efforts here were to remove these and other injustices from society, often against traditionalists who viewed these practices as the fabric of their society.

Second, he would identify theological differences. For example, the Qur’an teaches us that Jesus was not the son of God, but, just like Muhammad, a man, both are prophets from God. However, in as much as this is clearly established, we see something else, freedom of religion as enshrined by the Qur’an. Meaning, that according to Islam, you can have a different faith and that will not lead to your mistreatment.

Prophet Muhammad’s Constitution of Madinah, based on a pre-Islamic treaty of co-operation, demonstrates that no matter the theological difference, all of us should come together on the foundation of mutual humanity and work to secure peace between us. Having a safe place to live, to work, to believe, was more important to Muhammad than to impose his spiritual world view on others. 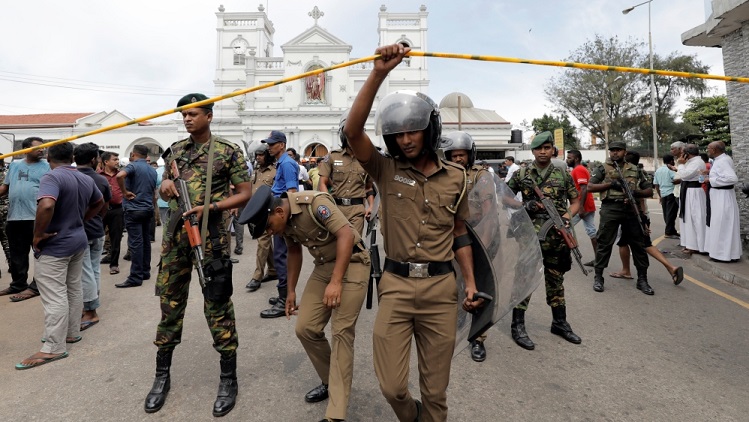 To stress freedom of religion and the rights of decency and dignity towards others, Prophet Muhammad added that if any Muslim harmed a non-Muslim living amongst Muslims, not only is that injustice but on the day of judgment, Prophet Muhammad will stand with the non-Muslim against the criminal Muslim.

That is to say that Prophet Muhammad’s priority is to protect a person’s freedom of religion above whatever they chose to believe.

This principle of equal and fair rights, above the ‘privilege’ of harming another because you disagree with them, is something that we find in varying degrees in the world today.

This is one of the reasons why in our time, for example, North America and Europe are often viewed as lands of freedom where we can live alongside one another in relative peace. Though increasingly freedom to live and practice our faiths can be found in most of the world’s countries today.

Sri Lanka suffered from a horrible civil war lasting over 26 years and since 2009 has done its best to provide a safe environment for all of its residents and visitors.

This latest round of bombings at Churches and hotels on Saturday has hurt many in the country. And on Sunday, sadly, there was a retaliatory petrol bomb attack against a mosque and arson attacks on two shops owned by Muslims. Anger leads to some responding to injustice with equally unpleasant injustice. Such is the weakness of the human condition.

As Muslims, we must remember that fairness, kindness, and justice to all come before theological differences of opinion.

As people of faith, we must remember that all of our diversity is something that has been inspired in us by our relationship with God. Meaning that it is not our duty to impose our beliefs onto others, rather live our lives in the best possible way to reflect the mercy God has bestowed upon each and every one of us.

Every society is plagued by those who wish to cause harm, to upset the balance of peace, to abuse and exploit religious texts in a desperate effort to validate their misplaced egos and insecurities. Only the weak resort to oppression and injustice to deliver their message, their way of life.

The strong, we come together, we recognize our differences, we respect our individual choices and we support one another with the same freedoms we expect in our own lives: to live, to work, and to prosper, together. This is the learning I have when I look at how Prophet Muhammad lived his life.

May those responsible for the carnage in Sri Lanka be brought to justice swiftly and fairly, and may all of us find better ways of living alongside one another in peace.