LONDON – British Muslims have handed out 3,000 roses to residents and tourists at London Bridge, as a symbol of love in the wake of the terror attack at Borough Market.

“After the events of last weekend we are making a symbolic gesture of love for the communities affected by the attack,” Zakia Bassou, one of the organizers of Saturday’s event, told Evening Standard on Sunday, June 12.

“The whole concept is we are not going to let London Bridge, or any bridge, fall down.”

The 1000 Roses London initiative was organized on Saturday, June 11, at London Bridge.

The group of Muslims said they wanted to show “love and solidarity” with Londoners and the victims of the atrocity, which saw 48 people injured.

Their message said: “This is the place, the time, the moment to take the pen and write narratives of love and solidarity – not of hate and division.

“We won’t let London Bridge fall down nor any bridge upon which the communities of this great city and nation are built.” 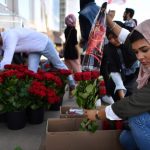 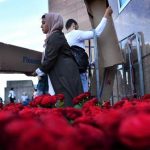 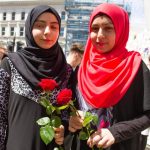 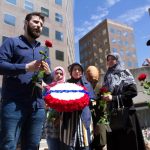 Receiving one of the roses, Londoner Elida Ercolano was visibly emotional.

“I think it’s lovely, it’s what London is actually about as a city,” she said.

“It’s what people should remember despite what’s gone on. It’s a great symbol and of nothing else it’s bringing people together.

“It’s very easy to believe the fear but boil it down and we are actually, in the main, good people and we should remember that.” 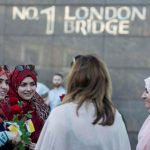 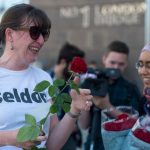 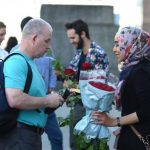 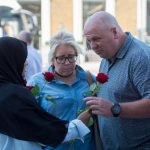 June Collis, from Gillingham, Dorset, said it was “beautiful and lovely to see this group come out and share their love against all the horrible things that have happened”.

“Muslims need to speak up and go against the extremists,” she added.

“This is a good way of speaking up for themselves. Let’s just hope we don’t see any more of these horrible killings.”

The 1,000 Roses London project paid for the roses through a crowdfunding campaign and bought the flowers at Zara Floral in East Grinstead.

Fundraising is continuing and the group is planning to hold another rally in the future.