“As a woman leader, the programme helps you feel confident enough to put yourself forward in the position. Should a situation arise where the application process opens in the mosque, it means you feel prepared,” Maysoon Shafiq, one of 20 women chosen for the plan earlier this year.

The six-month training, which will finish this December, has helped Shafiq gain confidence to apply for a higher role in a mosque. The program offers a chance for Muslim women to help develop skills which could benefit them in senior positions, such as public speaking, training and event planning.

On the same track, the Scottish Mosques for All launched a campaign in August calling for equal prayer space and more women being present as mosque trustees or at a managerial level.

Moreover, in 2015, the Muslim Women’s Council in Bradford announced it was hoping to raise money to help set up a women-led mosque.

“There has never been such a program solely for women. It appealed to me because there is a definite lack of female leaders in mosques,” Shafiq noted.

The 33-year-old Muslim woman has a legal background, having worked in the sector for ten years, and has also obtained teaching qualifications including a PGCE. Using her prior experience, she’s currently teaching at her local mosque in Huddersfield, west Yorkshire. 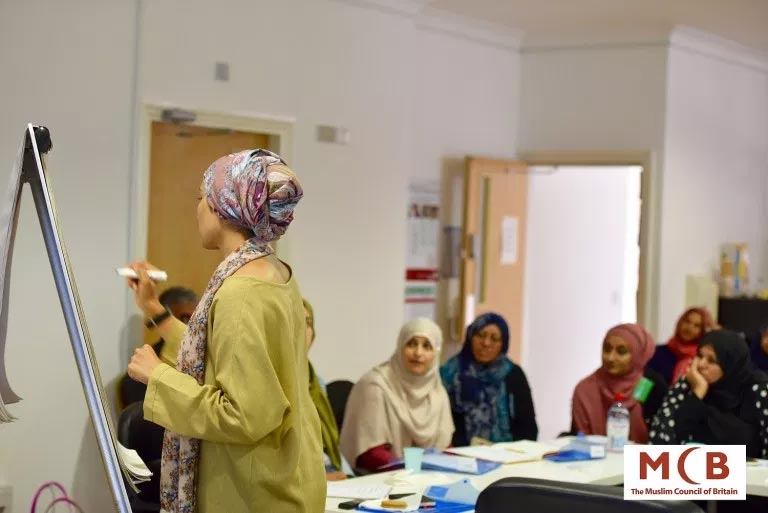 “I just teach in the mosque, but I think I want to take it further,” Shafiq said. “I don’t want to limit myself because you do need more leaders in mosques.”

“If we look at the periodic times, women in mosques was the norm and now it isn’t,” she revealed. “It is a privilege to have MCB really instill that. It’s great to get more women involved.”

Amanda Morris, a mentor on the programme, was appointed as a committee member of Dar ul-Isra mosque in Cardiff three years ago. Her main role is as head of new Muslim support.

“My mentee is an amazingly qualified and capable individual, with a wealth of experiences, but the barriers we may face as women means we often grow to doubt our own skills,” Morris said.