LONDON – With dozens of talks across two days, the third British Islam Conference organized by the New Horizons in British Islam began on Saturday in London.

Literally a “marketplace” for ideas, the program has provided insight across a number of areas from the more sophisticated intellectual discussions to the more practical ones.

The schedule includes discussions on Ex-Muslims (From faith to faithless), Salafi Women (Myths and Realities), Conversation in Islam, and Muslims, schooling, and self-segregation. 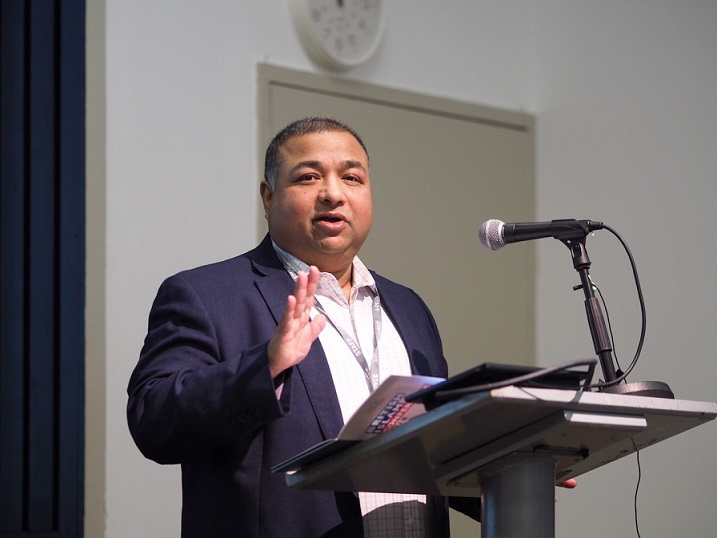 “When we talk about Islam today, it is often seen as if it is very rigid, very black and white. Often laden with a sense of victimhood where people feel that everyone is against us. Actually, the reality of Islam is that it is a religion of beauty. Of love, of peace, of mercy, of harmony. And unless we rediscover that sense of beauty within the essence of our faith, we’re not going to move forward from this very negative position that we seem to be in.” 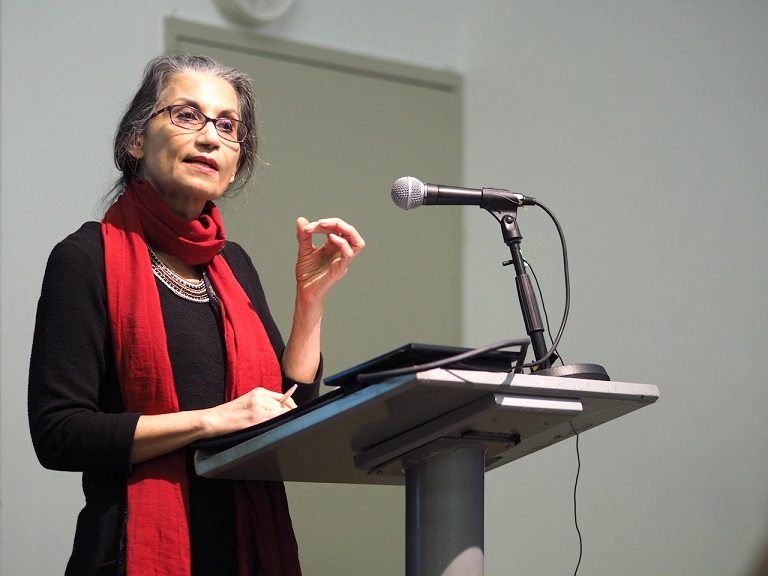 “The struggle over Islam’s sacred texts has always been there and it will continue. But what is new is that now, the question of gender equality is not only at the heart of it, but women are key participants in this struggle. Women were key participants at the beginning of Islam, but by the time that fiqh emerged, their voices were silenced….”

“They (scholars throughout the ages) never said this is God’s law, they said that this is my understanding, God knows best. But these days that tradition is lost. You have so many, what I call, engineer Islam, who come from hard sciences to the modern legal tradition, and they want concrete answers. And Muslims now feel insecure and they want certainty. And this certainty is what they get, it is a kind of interpretation of shariah. Everything is reduced to halal and haram, ‘What is allowed?,’ ‘What is not?,’ without challenging the patriarchal, authoritarian or unjust aspects of the fiqh.” 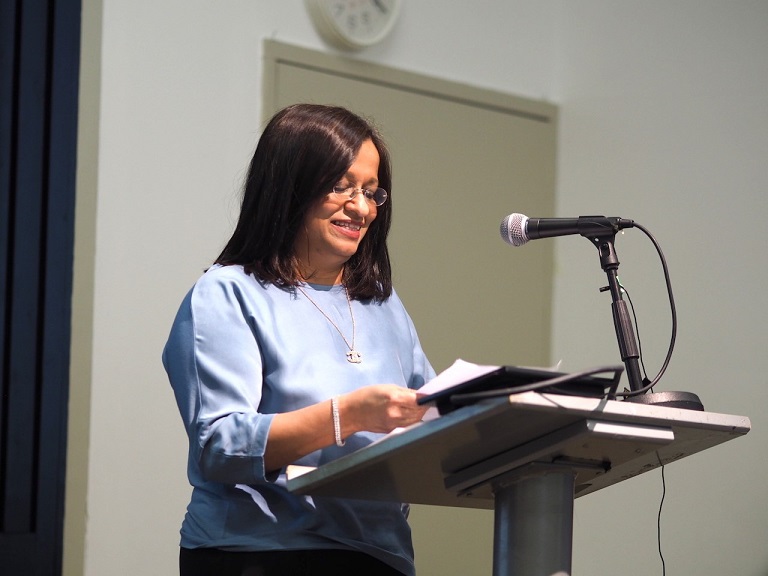 “When you return to the text saying there is a right that has been given to us that has been hidden by decades and decades, centuries of male interpretation. So the most obvious one between Christians and Muslims might be that Jesus was a male, so that reincarnation meant that patriarchy became part of Christian tradition. Islam doesn’t have reincarnation but we still have the same patriarchal traditions. So people will go back to the scripture and say there’s a hidden human mindset that we are now unearthing in the last 20-30 years, that isn’t about turning my back against Islam, it’s actually about finding another way about how I should be living. I wouldn’t even say a true interpretation because I do not believe there is any such thing as a true interpretation. There are interpretations. But all interpretations are contextual, so the fact that we now have this modern language of individual rights, human rights, justice, which most of us are still struggling with, means that people are returning to scripture to say, actually, the Quran gives me these rights, or a sunnah gives me these rights, they’ve just been hidden for so long.”

“The problem always is that it is not even the individual conscience. Once you are on that path, how do you challenge the very tradition in which you are situated, which says yes that might be true? And lots of Muslims are very good at saying human rights for everyone, but human rights don’t mean anything unless they are a lived reality. This is why some people think religious freedom is a great thing. As soon as somebody actually challenges your idea of how you should live your faith, then people have a problem.”

“What is the Quran? The Qur’an is guidance for humankind, on how to live a fully human life. You can say then that the Qur’an is a book of moral guidance, it’s a book of ethics. Or you could say because this is coming from God to humankind, that the Qur’an represents the moral law in Arabic. Therefore, he says, that the word of God is the moral law, and it is that moral law that becomes the form of the prophetic intellect. So, when that moral law comes to the heart of the prophet, remember the Qur’an says that it is sent down upon the heart of the Prophet, not his ear. It then necessarily robes itself in the Arabic language which the Prophet speaks.”

“Only when things change locally, they will change globally. We can have grand narratives about things, but it’s what you do with your friends, your families, your communities, that creates a change.”

“We need to step back from these things and not be defined by the pain, the difficulty and the anger around us. Because if the religion is to provide anything to mankind, to human beings, it is a better way.” 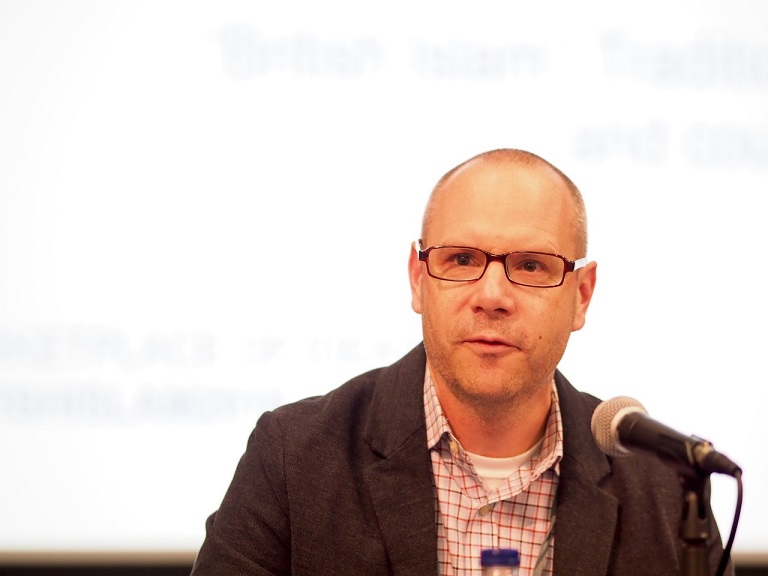 “Some of the gospels have never made it into what we receive now as the Bible. People sat down, men—and they were men mostly—sat down, in the early hundreds of years of Christianity, in a series of councils and made decisions on essentially what would constitute the canon of the religion. A similar process has occurred in Islam as well. One naturally wants to ask questions about how have the social relations of power been, historically, that has produced the concept of Islamic normatively and orthodoxy. So, to talk about a critical Islam is to ask precisely those kinds of questions, rather than to necessarily prescribe any particular kinds of interpretations.”

“We speak of the word of God being written on the preserved tablet in heaven. And from that tablet, the word (of God) is sent down, to innumerable prophets, throughout all the human centuries, in all the human languages. No people are left without a Prophet. If that’s the case, do we really think the preserved tablet is like a filing cabinet where you have different files in different languages? So, what he says is that Arabic is an earthly language, the word of God on the heavenly tablet is not written in Arabic. It is that same revelation that was given in Hebrew to Moses, in Aramaic to Jesus, and finally to Muhammad in Arabic.” 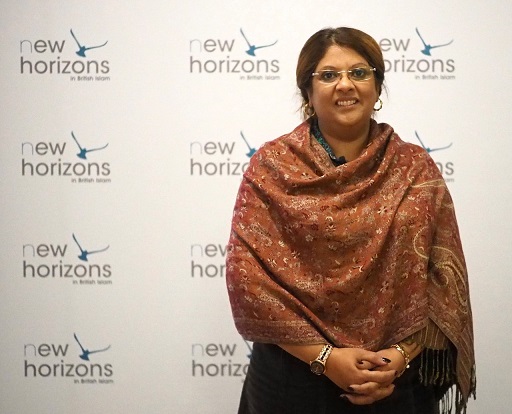 “Prevent is one part of the government’s counter-terrorism strategy, and it is very much about trying to stop people from getting involved in something that could potentially take them down the route of either supporting terrorism or committing a terrorist atrocity themselves. For a very long time, Prevent has been misunderstood, and a lot of people think that Prevent is just about one particular community, one particular faith group, Muslims. But actually, Prevent is about all forms of terrorism. Forty years ago, the biggest threat to national security came from the IRA, and unfortunately, where we are today, while the biggest threat is seen to be coming from groups and individuals who associate themselves with Islam. We also have other issues going on, we’ve got a massive rise of far-right extremism in the country. We’ve had groups such as national actions, Scottish dawn, which have been banned by the home secretary just last year. We also have issues around animal rights extremists as well. So when we talk about Prevent, it’s really important that people understand this is not about targeting Muslims, it is not about spying on Muslims, this is actually about trying to safeguard particularly young people.” 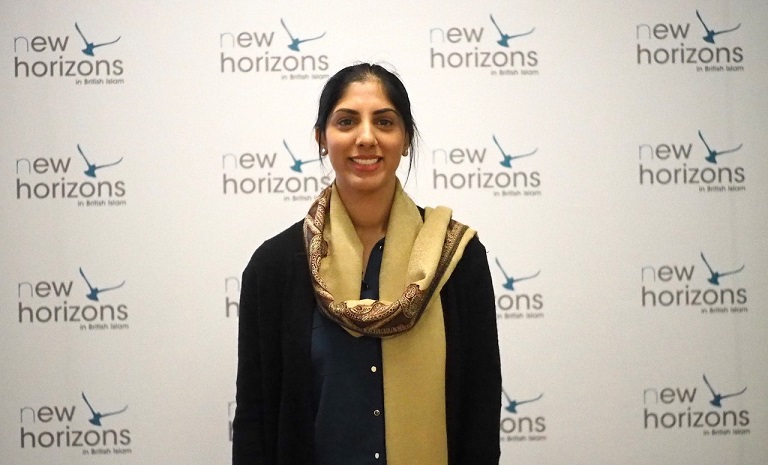 “There is a perception that Muslim women are beyond criminality, but if you look at some of their journeys into the criminal justice system, you find that a lot of them have been victims of domestic violence, sexual violence. Women have disclosed levels of grooming, manipulation, some have even taken the blame for a wider family crime. We really need to focus on those journeys and experience. To overcome the challenges facing Muslim women who have been incarcerated, we really need to be honest with ourselves. As a community, we need to take more ownership of the resettlement needs of these women. I think forgiveness is an integral part of Islam, but what troubles me, having worked in the system for a couple of years, is the unforgiving attitude that we have towards Muslim women. One of the reasons we pray five times a day is to seek the forgiveness of our Lord, but what we’re finding is that a lot of women who have been through the criminal justice system say that once they come back out into communities, they have to serve the second sentence, a community sentence, where they are always labelled as that woman who went to prison, always labelled as a black sheep, and that forgiveness isn’t really there. So as a community we have to look at what our faith values dictate, our morality, how that’s coming quite compromised culturally. And it says a lot about the place and position that we give to Muslim women in our communities.”

“We support mainly Muslim women who are going through domestic abuse, sexual abuse, forced marriage, and honor violence. One of the biggest challenges we face is the continual honor violence. Having to deal with forced marriage in a modern day culture is quite difficult to manage and support. We are more culturally sensitive to Muslim women but we can take on any woman from any background that is going through some form of abuse, and needs a safe house, and needs that support to be able to rebuild their lives. Raising awareness, and trying to remove the stigma of women going through abuse. Making it a culture where it should be talked about and isn’t a taboo subject. As a lot of these women are staying in these relationships, just because they don’t want to let their communities down, their families down, so they’re staying in those (relationships).”

“Our thesis is that we can best move forward by bringing lots and lots of different voices together. Hearing what everybody has to say, and having a conversation.”