LONDON – Held at Amnesty International’s Human Right’s Action Center in London, it is unsurprising that the theme of the British Islam conference focused on addressing and overcoming the perception of them vs us. What is our identity as British Muslims and how do we engage in the society in which we live. Why do some struggle with their love for their Muslim identity and their British identity? And how can we as Muslims, despite being just 5% of the population, fulfill the Prophetic advice of being those who add value to society.

Held across two days, attendees and speakers included Muslims and non-Muslims and with over 30 scheduled speakers, here are a few quotes from speakers and delegates. 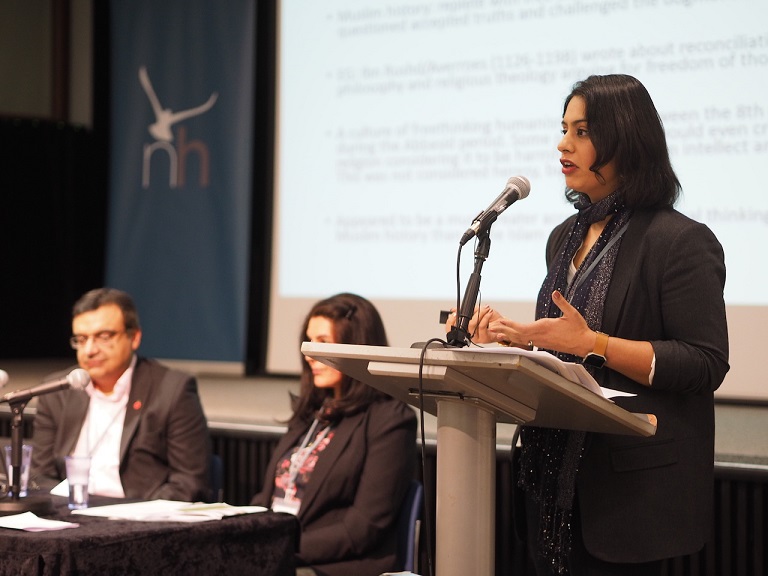 “Everyone will have a different definition of what they perceive a British Islam looks like. For me, at the very basic level they have to be certain red lines that cannot represent British Islam: discrimination, violence and discrimination, for example. I think it should be wider enough to have conservative views as well as liberal views and everything in between. All faiths, all hold a diverse spectrum. British Islam should be able to accommodate that (diverse set of opinions)… How else will we move forward, and say yes, we are part of the West, yes we are Muslims, and as British citizens, we do not allow injustice to be done in our name.”

Sara Khan, We Will Inspire

“It is urgently recommended that Blasphemy laws should be admonished globally as they contradict freedom of expression and speech. The critique is not to defend blasphemy, I personally find it distasteful, a lot of the time juvenile, but people have the right to think and say what they want to. People have the right to critique what is said. So while Muslims and religious people can critique in an appropriate manner perceived blasphemies, in the same way, we should also be able to critique our own traditions… The Qur’an itself asks us, think, ponder, contemplate, explore the Qur’an, and use our intellect…. “Sacred spaces, each human being is a sacred space, the way we encounter our Creator, and nobody has a right to intrude on that sacred space. So live and let live.”

Farhana Mayer, Scholar of the Qur’an

“The modern aversion to intellectual inquiry which is associated with religious dogmatists is actually antithetical to what is mainstream orthodoxy in terms of matters of how matters of creed vs principles are discussed, the foundations of law were debated. And even in how the relationship in how the scripture was mediated in practice.”

Referring to the niche trend of salafism, “Either they are going to withdraw more and more from wider society, and exist in a very isolated social bubble, or, they will develop the capacity to become more flexible and engage in wider society. I guess only time will tell.” 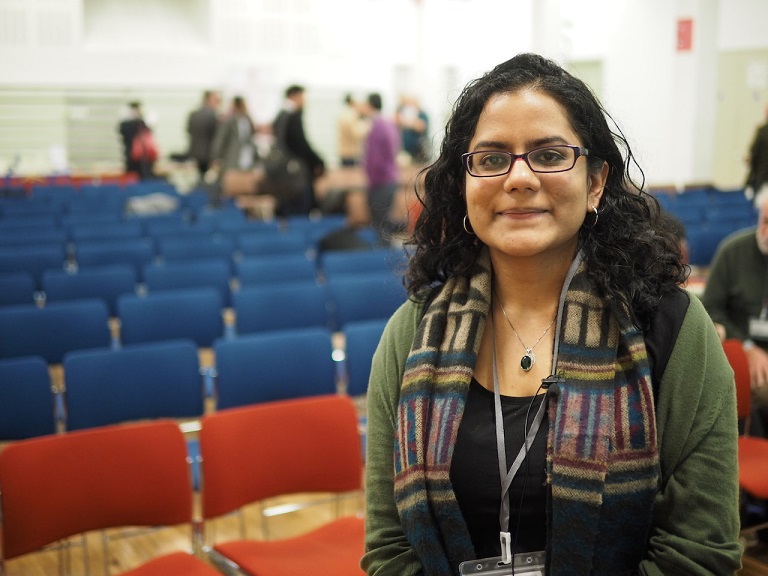 “I think one criticism that I have of an idea that was raised is that of institutionalizing religion, Islam. Having institutions that span on behalf of Islam. I just think it is very difficult to do because there is a big diversity of Muslim opinion and it wouldn’t be doing credit to it. And there is always a danger of politicizing a political brand of Islam.”

“The teaching of RE (in schools) and madrasahs is about the five pillars of Islam. It seems to me as if I am visiting an archaeological site. And what I’m trying to say is let us look into it. All of these five pillars hold some values, the Quranic values are important: Mercy, Forgiveness, Justice, and doing things in the best way. These are the values we need to teach and pass on to our children. The five pillars of Islam are important, but they do not give a complete picture. Secondly, I have asked many of my students, whether the mosques in Britain are places of hope, and I haven’t received a single answer saying yes. Because these people (mosque communities) are increasing divided by sectarian divisions, and above all, it is the exclusion of women, gender divisions. Mosques must become the places of hope for the future.”

“Do you feel integral to the society in which you live? It’s every day, in the street, on public transport, we are being ambassadors of integration. We’ve got to look for the moments that reach people who are not exposed to Muslims, to give them something to think about, so they can be a counter point to that conversation in the pub when someone says they (Muslims) are all like this, but that’s not the (Muslim) person I met.”

“A lot of people I spoke to didn’t really understand the difference between assimilation and integration. I bring this to the idea of belonging, how people go ‘back home to get married’  so when ancestral lands are still considered back home, are we really integrated?” 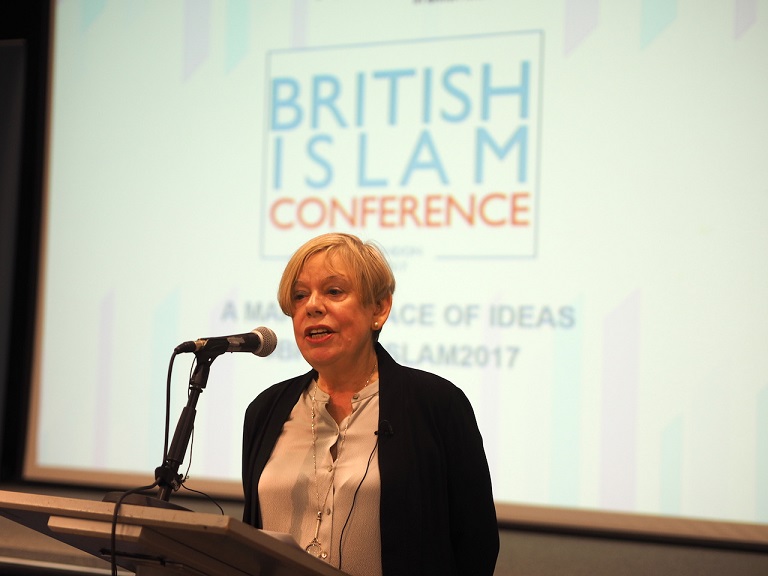 “For years I was a trustee of the British Museum. In that time the director was saying, how do we use our collection to help us understand other cultures, to learn about the past. They’re not learning about it in schools any more. With the current director, I talked to him about the Quran, saying, that it is a reminder. The Quran is not saying anything new. It is telling you to say what you know already, it is a zikr, a reminder. And the Prophet is told, remind them, you can only remind them. – The current director said, I love that idea for the museum, that it is a reminder.” “What we are trying to do with this event is to create a real conversation, a discussion, with Muslims, with people who are not Muslim, everybody who is interested in the future of Islam in this country, in our society. It is such a topical debate now. When we look around us we see a huge amount of polarisation, whether it’s Donal Trump or Brexit in this country, Islam constantly comes up. We’d like Muslims to take ownership of these conversations, but not just talk about it on their own, in their own little bubble.” “What I live about the conference is that it is quite varied. You have things about Black Muslims, mental health, it really has something for everyone, which a lot of conferences do not have as they are single dimensional. Karen’s talk is more relevant now than it has been for a while because of what is happening with Trump. I think it is important to talk about Islam both historically as well as theologically to see how it relates to Muslims as Muslims will take Islam a thousand and one different ways, as they always have done.”

“When you are only 5% of the population, there is only so much one to one work that you will ever be able to do. So we have to use the medium of the day, we have to get involved, to get messages of positivity and solidarity out there. It can be difficult sometimes, but what we need to do is work that much harder.” 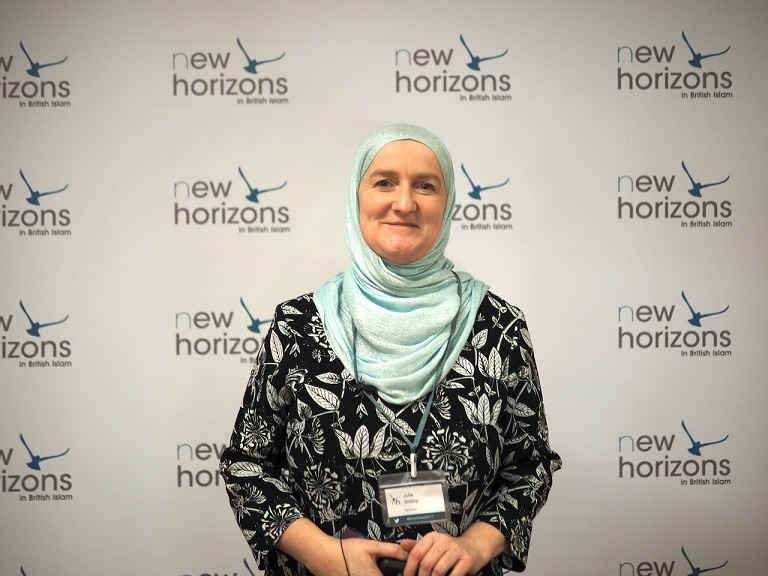 What we’re trying to do is much more focused on the UK, on friendship. Not friendship in a wishy washy way, but in a meaningful way, where if you have good friendship and trust with people, you can talk about anything, and do work on lots of different levels. Nisa-Nissan, we set it up a few years ago and it has grown at a pace that we were not really expecting. It is very much focused on local groups in different areas and we have co-chairs, a Jewish woman and a Muslim woman chairing their local group. And they can do anything from events, to inviting people to each others houses, taking trips to synagogues and mosques. For us it is very much about developing those relationships and friendships. We are very much focusing on Jewish and Muslim women. The similarities in the communities is amazing, most people do not realise. Not just from a faith perspective but culturally, the issues around gender and leadership are similar. For me as a Muslim woman I feel empowered by the work Jewish women have done and continue to do. And I feel that as Muslim women, we can learn from them as well.”

“What does it mean to be a spiritual activist? How can we polish the mirrors of our hearts and work together to create a more harmonious world.”

“I really enjoyed the conference so far. I learned a lot about Islam in general and how there are very different perspectives on important issues that still need to be talked about today.” 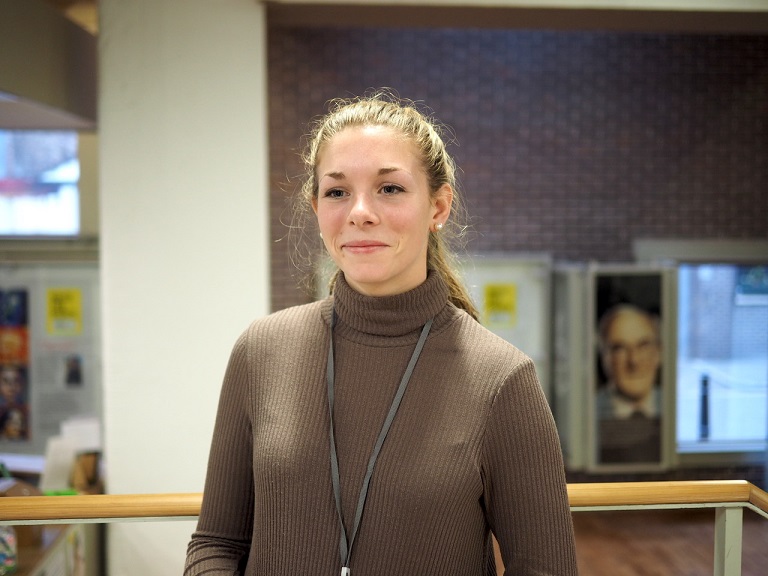 “I have not had much exposure to Islam or Muslim people, so coming here and hearing the different points of view has been really enlightening.