British Muslims and non-Muslims gathered for the annual British Islam Conference at Amnesty International in London on Saturday, February 23.

Spread across two days (Saturday-Sunday), there were over a dozen talks and speeches including an artists’ exhibition, a modern, contemporary interpretation of traditional Islamic geometric based art by Shehana Udat.

Opening to a keynote speech by ‘controversial’ Danish Muslim, Sherin Khankan, the program captured attention in person as well as on-line with many quoting and sharing her statements.

As the founder of the first women-led mosque in Denmark, Imam Sherin observed, “Some of us (women imams) wear the headscarf and others don’t. We represent the reality on the ground.”

“Some of us (women imams) wear the headscarf and others don’t. We represent the reality on the ground” #SherinKhankan #BritishIslam2019

Imam Sherin spoke of the importance of building bridges between communities and given how controversial many of her positions may be, that in an age of social media it is increasingly important to focus on the positive and ignore the negative. 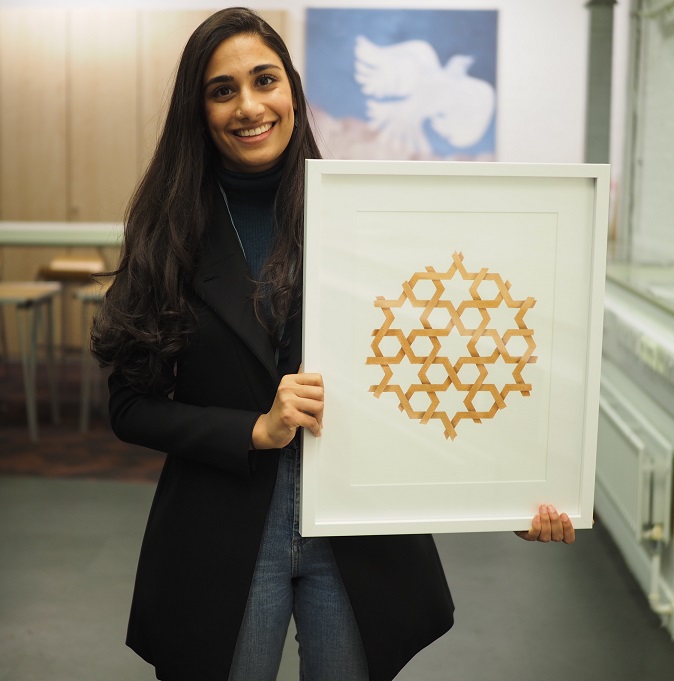 Women Reciters of the Qur’an

A similar sentiment was shared Madinah Javed, a young British Muslim from Scotland who in recent years shot to fame for being a female reciter of the Qur’an, in public.

In the Q&A which followed Madinah’s talk, an audience member asked the question citing a verse from the Qur’an implying that women’s voices when heard can be alluring and therefore women shouldn’t recite the Qur’an. Madinah’s own response to this was,

“There’s a very famous companion of the Prophet, Umm Waraqah. She was referred to as Al-Shaheedah, the Martyr, by the Prophet when he was still alive. She was one of the very few people who knew the entire Qur’an by heart, and she would teach it to others. Her whole life revolved around it. And her recitations were frequent and loud. It could be heard by those living nearby and those passing by her house. So how did we as a Muslim community decide that women should not be heard reciting in public?

“What kind of distortion (of religion) are we consuming? When there were women at the time of the Prophet Muhammad, peace be upon him, whose Qur’an recitation was so beautiful and so loud that it could be heard echoing on the streets for men and women to appreciate and hear. It makes you wonder about the spiritual lobotomy that has taken place amongst us in the last century.”

Madinah went on to point out that many girls and women cannot recite the Qur’an opening in the UK, only in female-only gatherings.

“Why are people behaving and responding in such a manner? This may be due to people’s cultural upbringing and what they are used to becoming what is right for them. When I look at how the Christian and non-Muslim audience perceive the Quranic recitation, it is clear that they did not have the same baggage of gender that Muslims have become obsessed with. To hear sacred knowledge from the voice of a woman has an effect on them. And it deepened their respect for Muslim women.

“I came across some very early recordings of Qur’anic recitation and I found a very special experience. When you hear the beauty of the Qur’an you can really feel it and really connect with it. One of my friends told me, female Qur’an recitation tells a different story. It’s more relatable. It allows one to have a closer relationship with God.

“As I was growing up I was exposed to her learning, and my parents are (teaching) at the Andalus Center in Glasgow. And as they were teaching children I was part of those classes. And as I grew older I started helping out and teaching, volunteering and helping the children. And that’s how I strengthened my skills and became proficient (in reciting). I worked on it for many many years. I’ve naturally started reciting it (the Qur’an) out loud, at public galleries to raise awareness (of the Qur’an and Islam)”