BRUSSELS – Denouncing the recent court ruling allowing European employers to ban or fire employees who don hijab, a message of solidarity with Muslims has spread across the Facebook, with both Belgian men and women sharing their photos while donning the Islamic headwear.

The photos, shared with the hashtag #ThenFireMeToo, showed members of A-council of a college in Antwerp, Belgium, wearing hijab, Mvslim.com reported.

Their main purpose is to stimulate diversity by creating out of the box events on their campuses.

Standing behind the idea of “My head, my choice,” the photos were shared on a German language Facebook page with the same title. 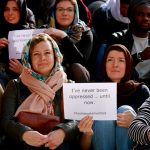 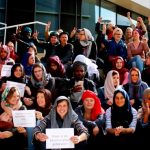 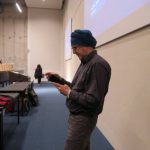 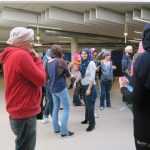 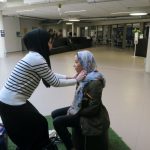 The case started after Asma Bougnaoui, French Muslim, and Samira Achbita, a Belgian, were both fired by their employers.

The two Muslim women brought their claims of discrimination to court. Their cases eventually reached the European Court of Justice (ECJ), the highest court in the European Union.

The EJC court set down a decision that allows employers to ban the wearing of hijab by individual employers who are “pursuing a policy of political, philosophical or religious neutrality in their relation with clients.”

In solidarity with all those affected by the ECJ’s ruling they spread the message via Facebook and asked people to go and work with a headscarf for one day.

They set up a meeting with everyone who believes in the individual freedom and freedom of choice, they put on a headscarf or turban and took a picture together, using the hashtag #ThenFireMeToo.