LONDON – The 9th Hijri month of Ramadan starts this week when 1.8 Muslims around the world will abstain from food and drink between sunrise and sunset for 29 or 30 days.

Fasting for long hours, Muslims see Ramadan as a time of sacrifice and spiritual struggle against personal desires “Jihad An-Nafs” for the sake of God.

Islamic Law (Shari’ah) encourages fasting to make people feel the hardships of the poor and the needy. In response, Allah Almighty rewards Muslims for that when He informed in the Hadith Qudsi (heavenly-revealed Prophetic Hadith): “Every good action is rewarded by ten times its kind, up to seven hundred times, except fasting, which is for Me, and I reward it.” (Narrated in the Sunan of Tirmidhi and the Muwatta of Imam Malik, from Abu Hurayra, with variants in Bukhari, Muslim, Abu Dawud, Nasa`i, and Ahmad).

Exercising is difficult at the best of times, but imagine doing it while fasting for most of the day. In fact, Ramadan can be not only tolerant with sports, but even a successful tool for maintaining a healthy lifestyle. 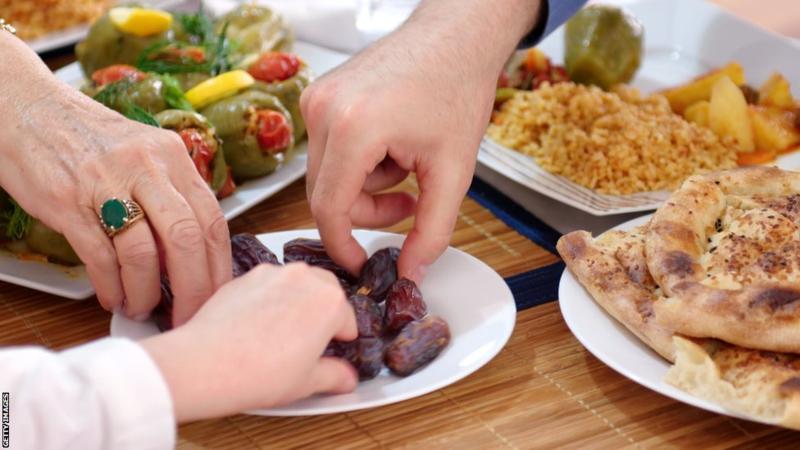 Yasmin Khalid from Kent, Britain enjoys going to the gym and taking part in fitness classes after taking care of her four kids, but finds it tough during Ramadan – not necessarily because of the lack of food and water, but because she is sleep-deprived.

Dr. Ranj Singh, presenter of CBeebies show Get Well Soon and resident doctor for ITV’s This Morning, told BBC in reply to Khalid that “People who sleep better tend to eat and snack less during the day. So a good night’s sleep may help you control your cravings when fasting.”

Amjad Iqbal is a 34-year-old semi-professional footballer at Farsley Celtic and Bradford Park Avenue in the UK who always fasts during Ramadan and sometimes the time of breaking his fast coincides with the matches.

“The manager would keep track of the time, just for me, and then throw sweets on to the pitch for me to eat,” he said.

Amjad turns out weekly for his team while fasting and admits he felt the effects afterward as he loses up to five kilograms in weight over the month of Ramadan. 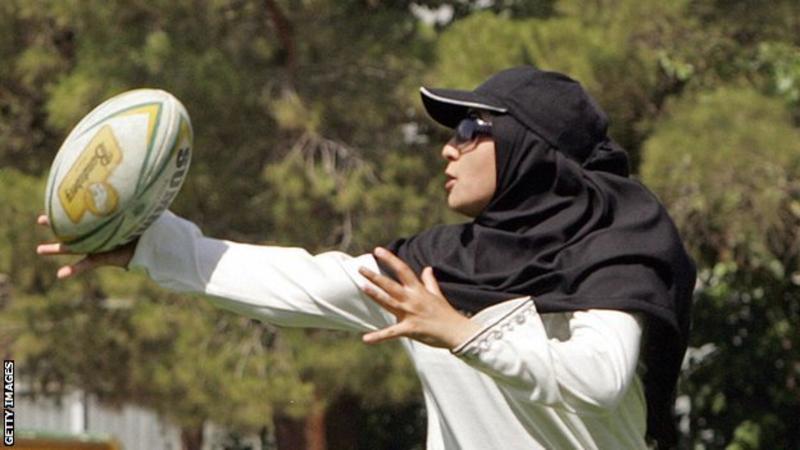 Some Muslim athletes, such as rower Moe Sbihi, decide not to fast during competitions in accordance with Shari’ah and instead donate money to charity, but make up the fast later in the year, which is allowed in Islam.

Taking benefit from the flexibility of Islamic Shari’ah, other Muslim athletes such as boxer Amir Khan fast throughout the entire month while reducing the intensity of their training during those 30 days.

“But don’t put too much strain on your body,” Dr. Ranj recommends brisk walking, gentle jogs and other light aerobic workouts for a sportive Ramadan yet stresses the importance of timing your exercises. 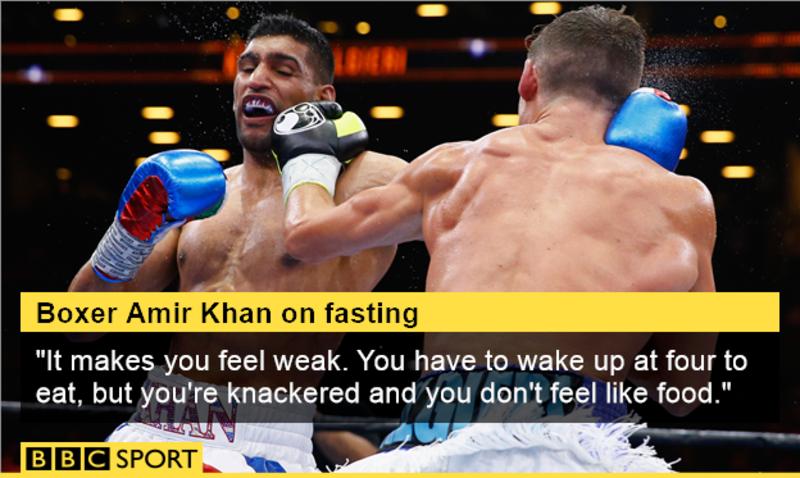 Walking to the mosque for prayers instead of driving and taking the stairs rather than a lift are just a couple of ways in which you can introduce exercise into your daily routine.

“Some people will find it easier to work out when they get up in the morning before dawn – that way they have had a chance to build their energy stores overnight. This is probably the best way since your muscles will need the energy to be readily available,” Ranj explained. 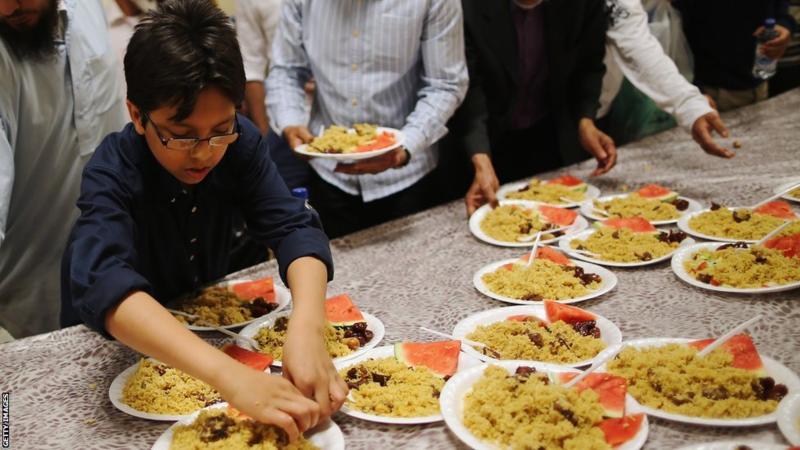 After daytime fasting in Ramadan, you have an overnight window of eating and drinking throughout the night.

Thus, it’s important to think about what you consume in the pre-dawn “suhur” meal and in your evening meal “iftar” to make sure you have enough energy throughout the day.

Dr. Ranj advises that you avoid the temptation of too many sugary, oily or fried foods.

“Firstly, make sure your diet is varied and has a good balance of all the major food groups – for example, carbohydrate, protein, and fat – including lots of fruit and vegetables,” he instructs.

“Secondly, try to eat things that release energy slowly so you will feel less hungry between meals and it will keep you going, such as oats, whole grains and high-fiber foods. Thirdly, pay attention to hydration and make sure you drink plenty. Levels of hydration will affect how much energy you have and your alertness during the day.”

Dr. Ranj also sees Ramadan as a chance for Muslims to make positive changes to their lifestyle.

“Use it as an opportunity to think about what your diet and lifestyle, like for example giving up smoking.”