LONDON – If you introduce a child to something new, does that make them more or less curious about it? When asking how to deal with pornography in our children’s lives, the answer to this question, according to some, should not be taken for granted.

This week, Labour MP Sarah Champion, launched a report aimed at alerting school children to the risk of sexual abuse they face from adults. More than 57,000 children have been identified as needing protection from abuse in the UK. According to the research one in 20 youngsters will experience sexual abuse in childhood.

In the report’s foreword, the MP for Rotherham implicated online pornography as a factor in the grooming of children. Whilst most parents can accept this diagnosis, it is the proposed solutions raising eyebrows especially in faith communities.

The Radio 4 host told a Cheltenham Literary Festival audience how this could work: “You put boys and girls together in a class and you show them a pornographic film and you analyze it in exactly the same way as you teach them to read all the other cultures around them.”

There is a question to be asked about this “teach the cure” mode of protection. What about children who are innocent of such things altogether? What “good” will it do putting sexual thoughts into their minds? 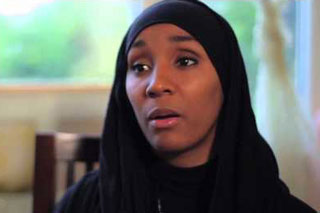 Anisa Kissoon, is Director of the youth mentorship and support group, “UCanBeThe1”.

As a parent of faith, pornography in the classroom is a bitter pill to accept. Many of us have young teenage daughters whose apparent revulsion at “yucky stuff” belies their age. But are we merely out of touch with them. Perhaps our tech-savvy kids are merely fobbing us off with cute behavior when actually they know far more than we think.

Anisa Kissoon, is Director of the youth mentorship and support group, “UCanBeThe1”.

She assists Muslim children in conquering various addictions, including pornography. According to Anisa generational disconnection and social boredom play a part in growth of online sex addiction in our own homes.

“This (pornography addiction) has been happening in our community for about 15 years. Our youth are not getting the dopamine thrills like their peers and we need to look at that reality,” she told AboutIslam.net.

“Kids are dabbling partly because we are not open enough with honest information. We sometimes make normal interest into a taboo.”

In ancient societies, it was natural to teach the next generation about sensuality and sexuality as another part of who we are within our identity.

However, where faith mentors such as Sister Anisa differ from politicians is the teaching of what she calls “beautiful roles” in the context of marriage “not in a way which puts youngsters into any (spiritually or physically) risky situation”. 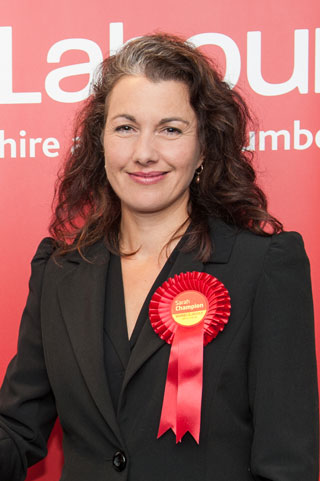 Labour MP Sarah Champion, launched a report aimed at alerting school children to the risk of sexual abuse they face from adults.

Ameenah Blake is a secondary school teacher in Sheffield and former vice president of the Muslim Association of Britain (MAB). A community worker for over a decade she feels uncomfortable about the direction the educational debate is taking.

“I feel it is in itself completely degrading to all concerned especially women whom it makes into sexual toys purely there for the desires of men.”

Let’s not kid ourselves that our children, however, religious and practicing the home they live in, are immune to early and aggressive sexualization.

UCanBThe1 supported a Muslim teenager who came to them after months of addiction to online pornography.

The girl used her phone and laptop at 2am whilst her parents slept. She expressed suicidal thoughts when her family finally sought help. The cure was neither simple nor short term. It called upon whole family support.

The turning point, was finding sisters the girls age who she could really connect with.

“She just wanted to talk and communicate,” Anisa said. The family were taught how to connect and communicate in a positive way and to discuss issues in a manner which connected with their daughter.

“There is a beautiful way of approaching sex and sensuality or an ugly way. We have to be real. Give girls the excitement of beautifying themselves for their husbands of the future. Share that thrilling element of their life.”

All of which sounds far from any suggestion that in order to protect them our children watch young women, probably illegally trafficked, engage in soulless sex with a stranger, in films shown at primary school.

If you or a family member are struggling with any of the issues mentioned in this article you can contact Sister Anisa Kissoon in anonymity at: [email protected]

To view and support the groups work visit: www.ucanbthe1.com