DERBYSHIRE – A white British young woman, raised with Muslim foster parents, has praised her new family, stressing that despite hateful comments she gets at school, the family has been supportive with carring that has bolstered her own identity.

“I am a part of the family,” Rebecca told the BBC’s Victoria Derbyshire program over a family dinner with Shanaz and Muhammad Arshad, her foster parents, BBC reported on Thursday, October 26.

Rebecca, an atheist, has lived with the Muslim family since the age of 12.

Reaching the age of 18, she chose to continue living with them.

She added that without Shanaz and Muhammad she “wouldn’t have anyone else to call family”.

Rebecca shared her story to make her voice heard only weeks after a case involving a five-year-old Christian girl, reportedly left distressed after being placed with Muslim foster carers, hit the headlines.

A family court judge later ruled there were no concerns about the girl’s welfare. Later on, reports said that the girl was missing her Muslim foster parents. 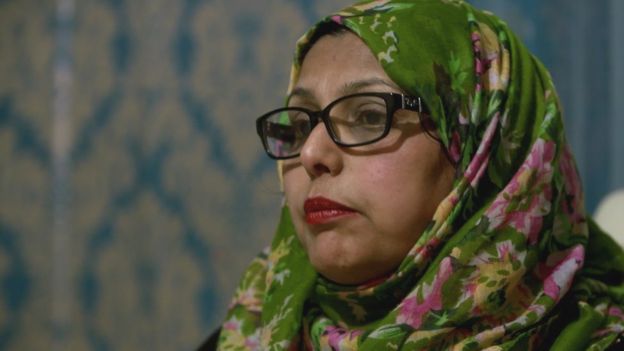 For Rebecca, bullying for her school colleagues was the biggest concern, with many accusing her of living with terrorists and others talking about her family having “explosives”.

Rebecca remembers being perplexed. “I live in a family as anyone else would.”

Shanaz says she has also been hurt by comments.

“We are trying to give this child the best care in the world.”

The family is also fostering an Afghan boy and Kenyan girl – and Shanaz is keen to explain that Rebecca has been able to maintain “her own identity”.

“Rebecca is going to be Rebecca,” she says.

“Fostering isn’t about imposing religion. Foster carers are not there to remold them.”

Rebecca asks people not to take a negative view of Muslim foster parents.

“Don’t judge a book by its cover. You can’t believe everything that’s on the news, or what’s been said about Islam,” she says.