In a few days, more than 7,000 people are expected to visit Nottingham’s largest Islamic festival next Sunday, July 21, which will take place at the Forest Recreation Ground, Nottingham Post reported.

“The diverse cultures and traditions of Nottingham’s Muslim community” will be on show – such as those from Syrian and Nigerian backgrounds, a spokesperson for the event said.

The British Muslim festival is organized by Karimia Institute, a Nottingham-based charity that works to support its local community.

The institute has been running the event since 2014 under the previous name ‘Nottingham Eid Festival’.

According to organizers, families and communities from all faiths and backgrounds are welcome.

The event also aims to promote community cohesion through live performances, funfair rides, bouncy castles, and a mini bazaar with a wide range of stall displays including cultural clothing, food, jewelry and literature. 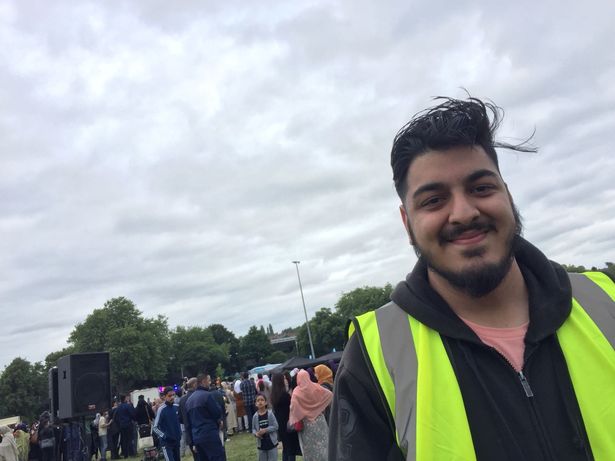 The 22-year-old Shabir who is also the chief organizer of the festival said: “Karimia Institute’s mission is to gather all cultures and different faiths and backgrounds to unite as one whole society.”

“Last year, around 7,000 people attended and this year we’re targeting over 10,000 people. I encourage everyone to attend to experience the different cultural Muslim traditions around the world,” the Muslim organizer said.

A lot of public figures will attend the event including the Lord Mayor of Nottingham, Rosemary Healy, beside David Shire, Equality and Diversity Project Support Officer at Nottinghamshire Police, in addition to Labor MP Alex Norris who has previously participated in the festival’s 2017 edition.

Ahead of the event, Norris who serves Nottingham North said: “I really enjoyed the previous event and I think it’s exceptionally important that we take opportunities like this to celebrate the cultures that make this city what it is.”

He further said: “Celebrating Islam and educating our community about Islam is more important than ever. Surely, I’ll be attending the Muslim Cultural Festival 2019.”

According to recent local estimates, Nottingham has 32 mosques that serve the increasing Muslim community of this British city.

The community is currently going over 30,000 Muslims according to the UK Mosque Masjid Directory.

60 Percent of Nottingham Muslims Are Victims of Hate Crimes