Razan also shared her passion, “I used to study pharmacology in Syria before I came here, and (I decided to make) cheese because halloumi is our daily breakfast. I noticed a gap in the market as the quality is not as we are used to. And the milk in Yorkshire is high in salt content. I started to make it for my family.”

“We then applied for a startup loan and began making cheese in a fried chicken shop. After four months we applied for the Cheese Awards where we won the Bronze prize. And until now we have had 19 awards, lots of TV appearances.

“What inspired me? I love cheese in general, but I think it’s the need to do something. After we lost everything in Syria we could not just wait and see (what happens next). As my qualifications were not recognized here (in the UK) I decided to do something that I liked.”

Other guests on the night included Mariam Khan, who spoke about Islamic wills “which are important according to our religion. There are several hadith which state that we should make a will and it is also mentioned in Surah Nisa and Surah Baqara of the Qur’an.”

“A Muslim should have an Islamic will because when we die our property will be distributed according to English law and not the Islamic law…. 95% of the Muslims community in Peterborough do not have an Islamic will. I’ve started doing this since November and I’ve had over a hundred clients.”

Shahzad Ahmed from the UK Islamic Mission, one of the event sponsors, introduced his organization.

“We are one of the oldest Islamic charities in the UK. Our main humanitarian aid is to 20 countries across the world. We are also working in the UK as well, for the homeless, developing shelter homes for them. And now we are looking to address domestic abuse issues in the UK,” Ahmed said.

Asad Shamim, who won an honorable mention for the business category said, “The business I started in 2006 was one of the very first online furniture businesses. As it was moving in the retail sector I saw an opening in the market. Rather than having many branches across the UK where the expenses would be very high, I set up this business online. Eventually, I opened a call center in India. And the business has gone from strength to strength.” 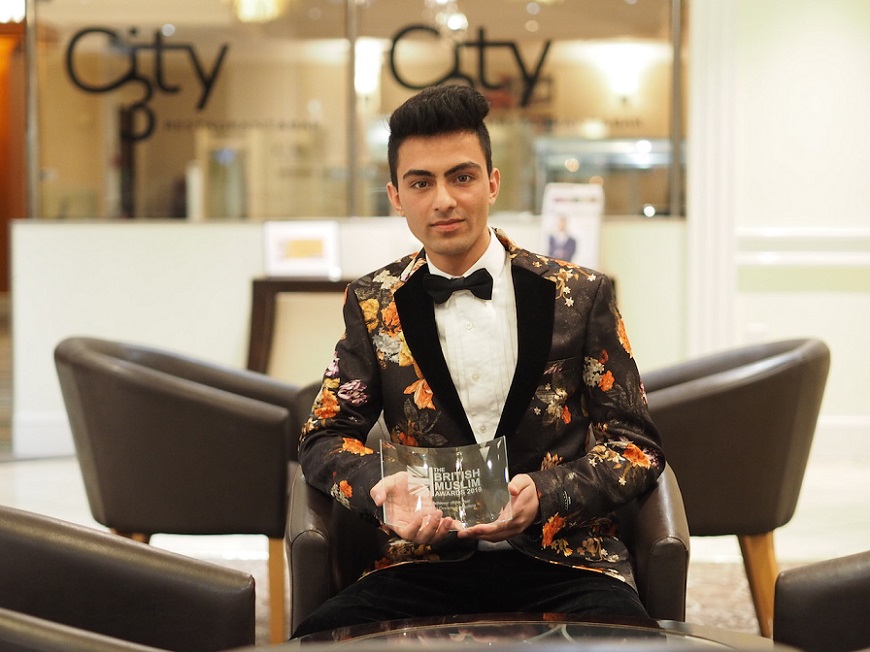