Manawatū Multicultural Council president Rana Naser said the region’s Muslims wanted the wider community to see and understand what made them different and what unites them.

“And we are teaching our young people not to be shy, but to be proud of who they are,” she said.

A financially-able Muslim sacrifices a single sheep or goat or shares with six others in sacrificing a camel or cow as an act of worship during the four-day `Eid Al-Adha celebrations.

The festival began with a Qur’an recitation and speeches, with a line-up of cultural performances from Indonesia, Pakistan and Bangladesh, and a screening of `Eid Al-Adha celebrations around the world. 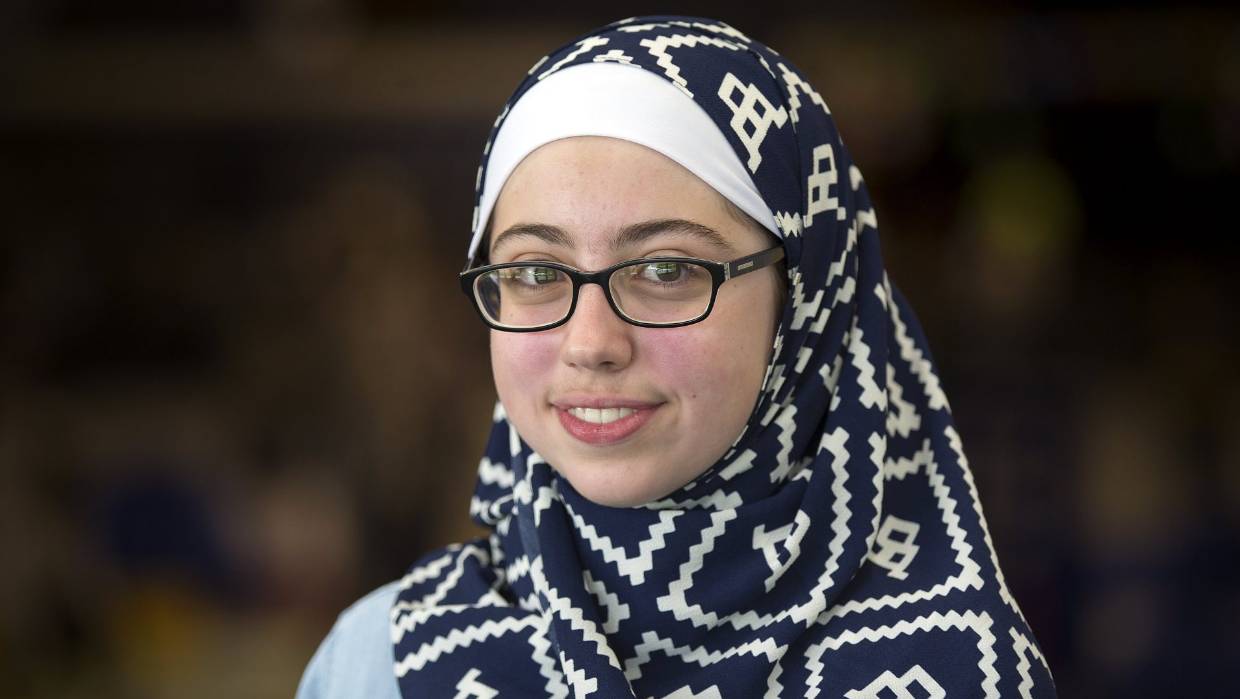 Ayah Kayed, 14, helps shed light on the diversity of cultures within the Muslim faith. (MURRAY WILSON/STUFF)

Attending the event with her parents, 14-year-old Ayah Kayed, from Palmerston North Girls’ High School agreed on the importance of these events.

“We come from all different cultures. Islam is our religion, not a culture. Islam is for anyone. It does not belong to one cultural group or country.