Lucy King has a hijab fitted by Ifrah Jama at the Kilbirnie Mosque open day on Saturday.
aaa

Wellington’s Kilbirnie mosque opened its doors on Sunday as a show of thanks to the people Wellington for their support in the wake of the Christchurch terror attacks, Stuff reported Sunday, April 28.

“It was like after 9/11 our clock started running back. We felt so alone. After the Prime Minister of New Zealand wore a hijab, it started running forward again,” Imam Nizam ul Haq Thanvi said.

“The surgeon puts a knife in but the end result is good.”

Imam Thanvi is the imam who led the Muslim prayer to open parliament on March 19. 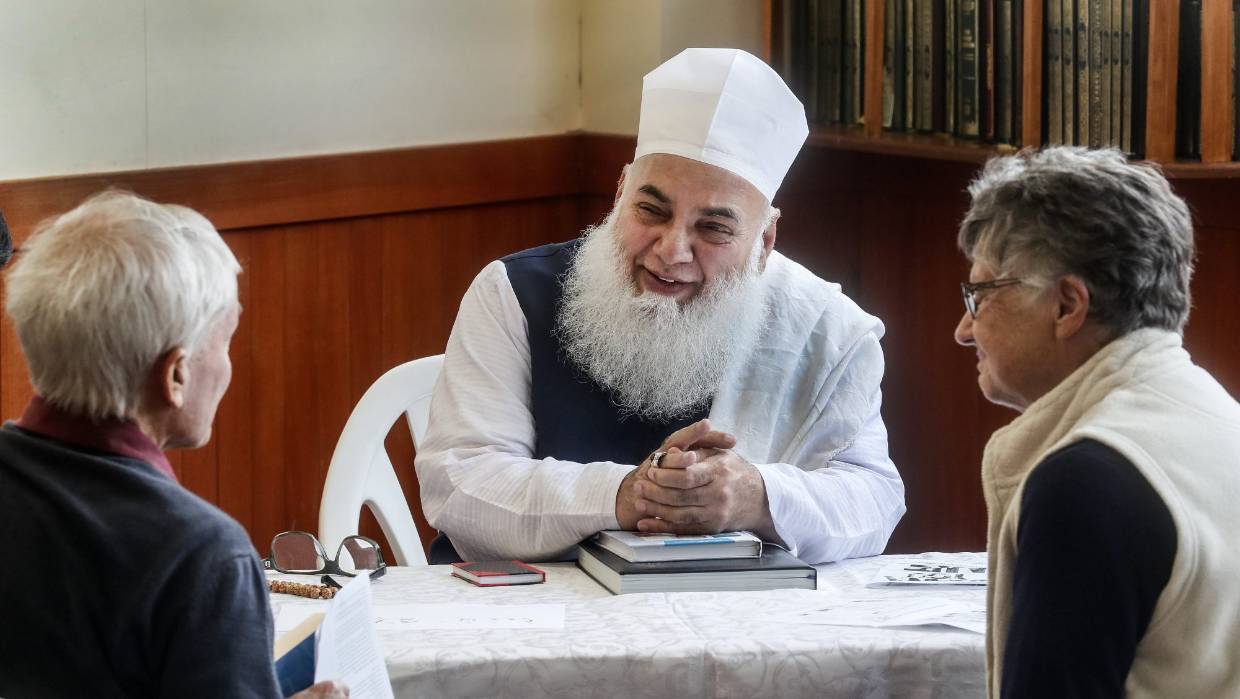 Imam Nizam ul Haq Thanvi was on hand at the “Ask the Imam” desk.

The open day was held to honor that and to say thank you to New Zealand over the outpouring love and support toward Muslim New Zealanders.

International Muslim Association NZ (NZMA) president Tahir Nazam said it was a special open day as the first after the attack, and while it was about being thankful for the help and support, it couldn’t “stop here”. 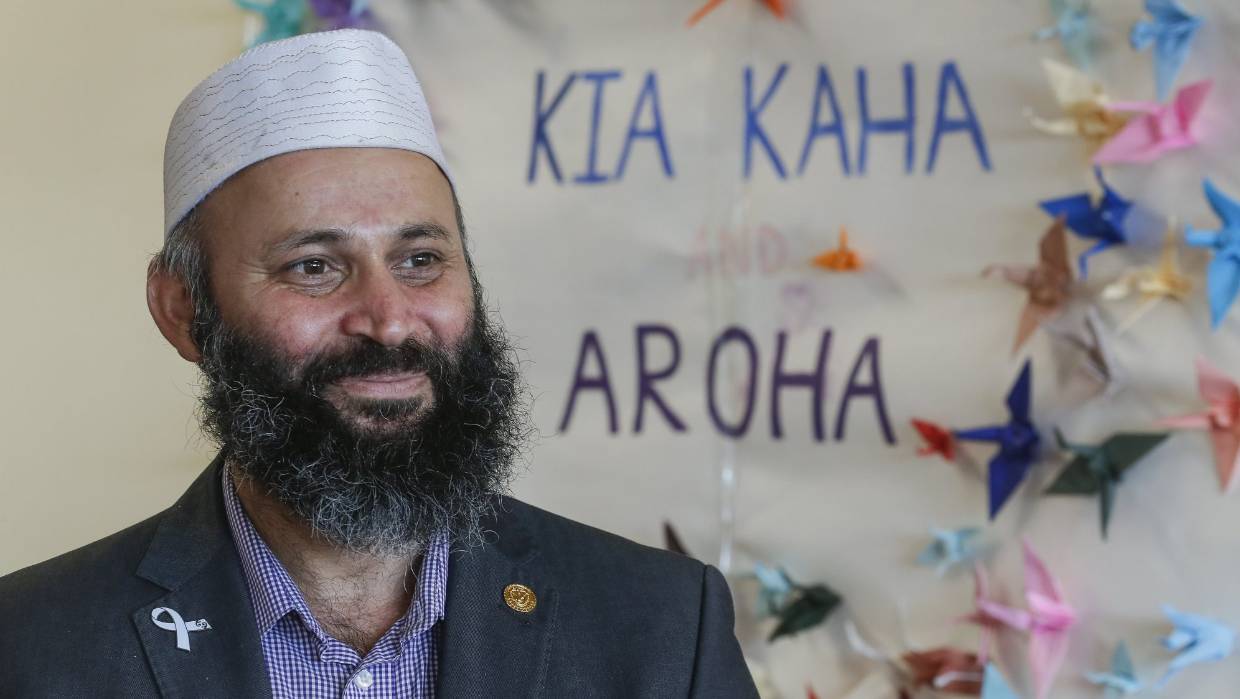 International Muslim Association President Tahir Nawaz said the Kilbirnie Mosque open day on Saturday was a special one, after the outpouring of support and compassion for the Muslim community after the March 15 terrorist attack.

“After a while people are keen to forget.

“They need to understand we’re not doing anything different. Anything people don’t understand, they can come in and ask.” 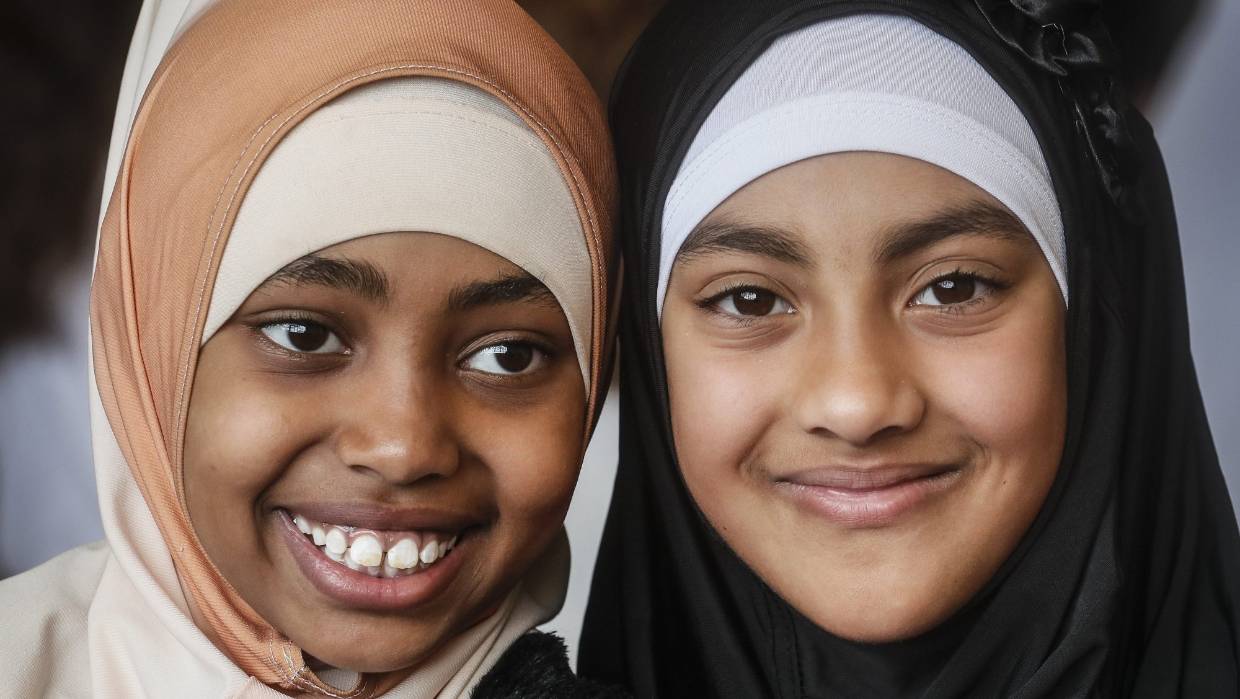 New Zealand came together in the past weeks to support Muslims.

On Friday, March 29, around 25,000 gathered at North Hagley Park, a few meters away from Al Noor Mosque, a scene of the terrorist attacks.

A week earlier, the whole nation supported the Muslim community by airing on national TV adhan and Jum`ah prayer for the first time. 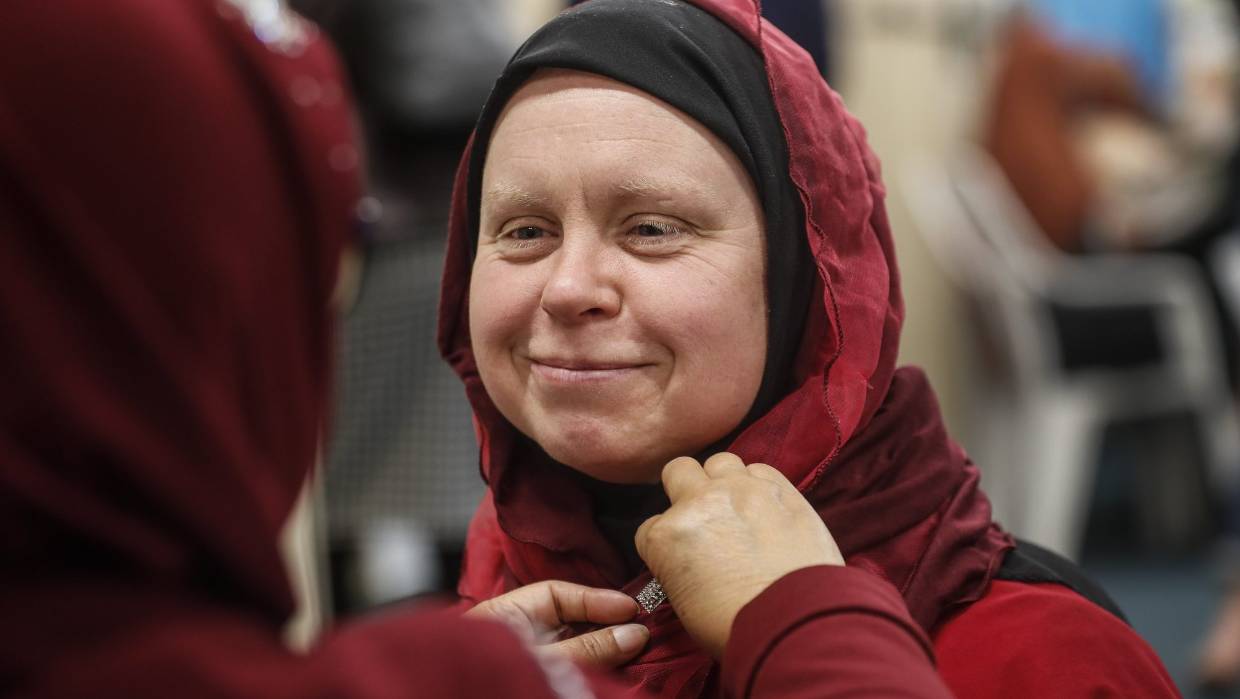 Buddhist nun Dechen is fitted with a hijab. She said she was struck at how friendly and welcoming the mosque was.

Among visitors to the mosque came Dechen, a Buddhist nun in the Dalai Lama tradition, who wanted to learn more about Islam and Muslim people.

“I have been really struck by the friendliness of everyone here. There’s a beautiful spirit, it’s strong and palpable.”

Dechen said there was a “sense of commonality” that illuminated the horror of the attack in Christchurch.

“It’s this group that’s been attacked, but it could be anyone. It makes you more aware of prejudice.” 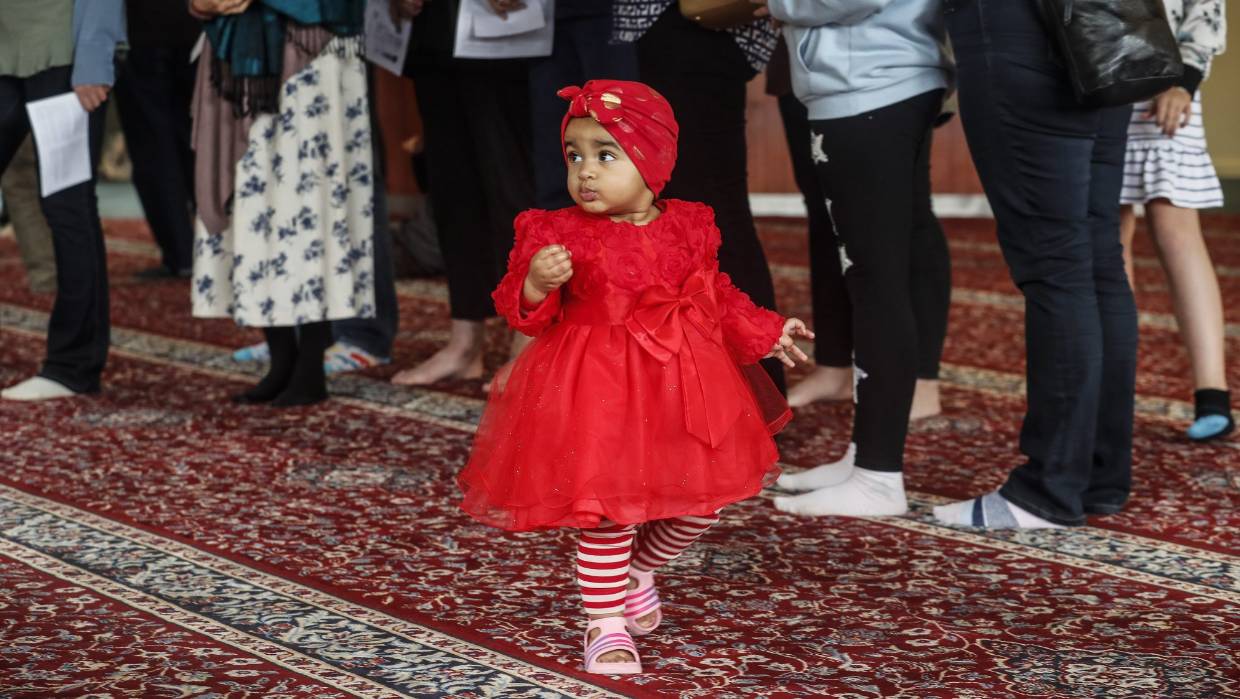 Thurrayah Hamza stole the show as a group is given a tour at the Kilbirnie Mosque.