Sonny Bill Williams with shooting survivor Wasseim Alsati, who was injured in hospital when the All Blacks midfielder was last in Christchurch. JOSEPH JOHNSON/STUFF
aaa

For the victims of the Christchurch terrorist attack, a meet-and-greet with the All Blacks rugby players on Thursday, August 29, was a special event that boosted their morals, Stuff reported.

“After the tragedy, this is special for [my children] to see the big teams,” said Osman Ahmed, who was shot in the back when a gunman killed 51 fellow Muslims in the city on March 15.

“It’s our aim to push our kids to have an idea for their sports, to let them forget about what happened and make sure they join with the community and join them.”

On Thursday, All Blacks Sonny Bill Williams, Ofa Tu’ungafasi , Richie Mo’unga and Sam Whitelock met Ahmed, his three children as well as other families affected by the tragedy. 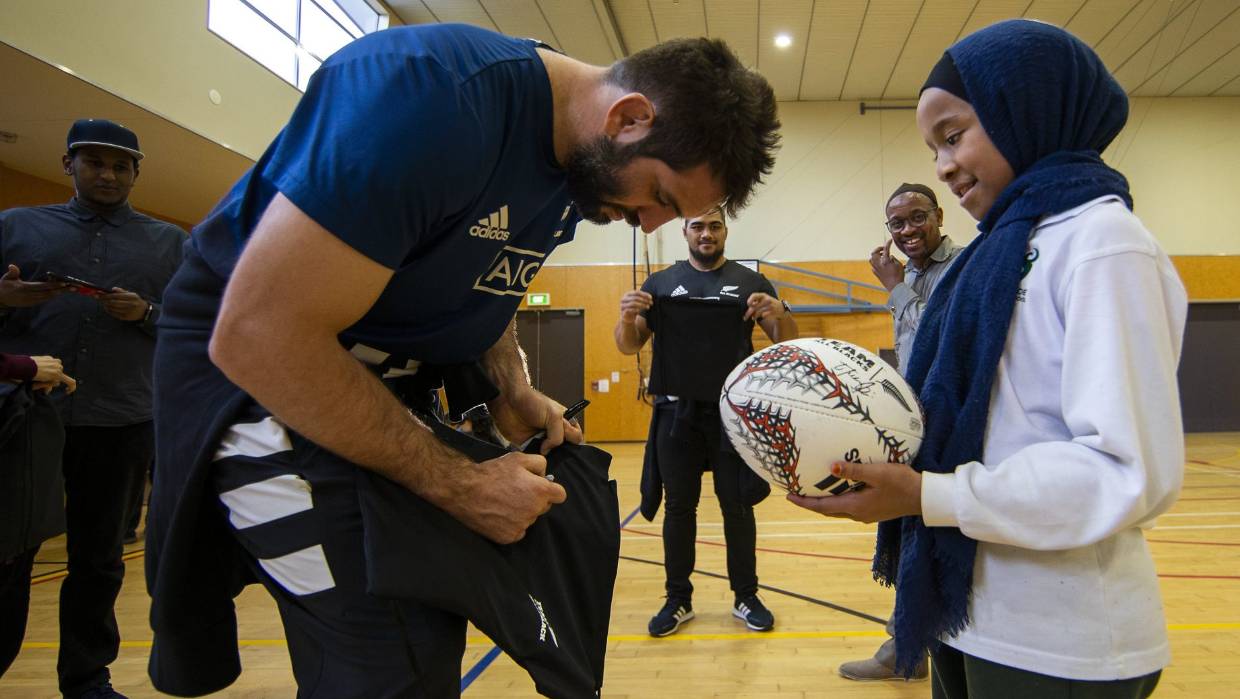 The event was organized by Canterbury Resilience Foundation which was founded to help the youth affected by the attacks.

Williams, who is a Muslim as well as Tu’ungafasi, said he wanted to reconnect with victims he met after the attacks. 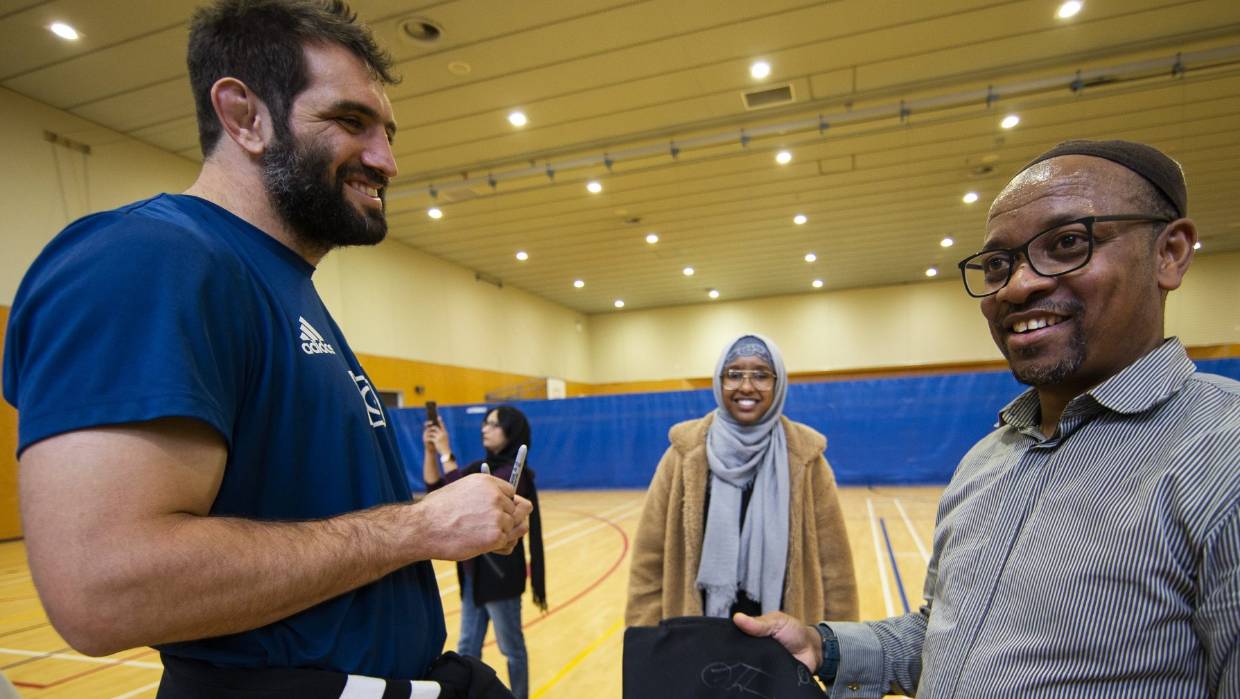 Whitelock signs a shirt for Osman Ahmed, who was shot in the back on March 15. Ahmed’s daughter Mulki Abdiwahab, 18, is in the background. JOSEPH JOHNSON/STUFF

“I’ve been down here a few times. But actually seeing some of the brothers, the victims that were in the hospital, they’re actually walking around and getting around now.”

“We’re proud to come and represent the All Blacks,” Williams said.

“Sport is our vehicle that we drive but along with it, we try and push that positive empowering message.” 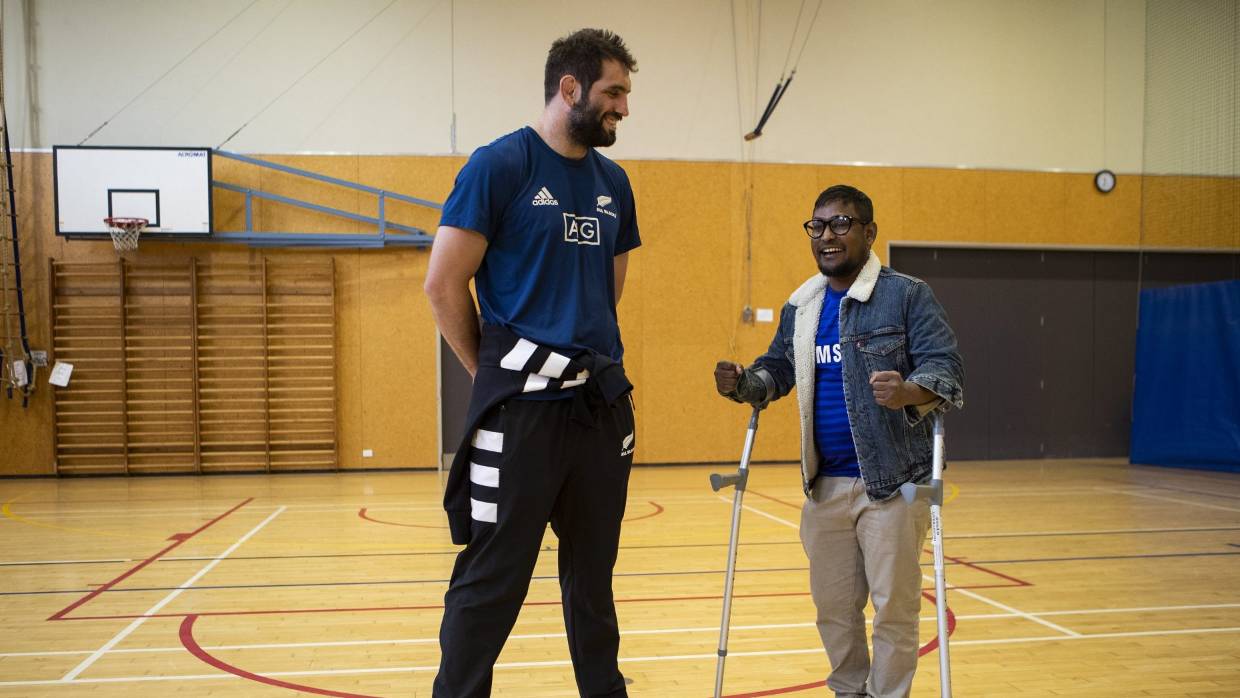 Whitelock chats with Sheikh Hasan Rubel, who was injured in the mosque attacks., JOSEPH JOHNSON/STUFF

Mo’unga said it was a “huge opportunity” for the four team members.

“It’s something we’re not taking lightly, to come down and spend time with people that were affected by March 15. It’s really just to share some smiles, give back to give our time.”

Canterbury Resilience Foundation cofounder Abdigani Ali said when NZ Rugby reached out about the idea they were welcomed “with open arms”.

“Sport is actually a key component into youth mental wellbeing,” he said.

“It’s great, [the All Blacks} are our national pride. The kids are really happy to see them.” 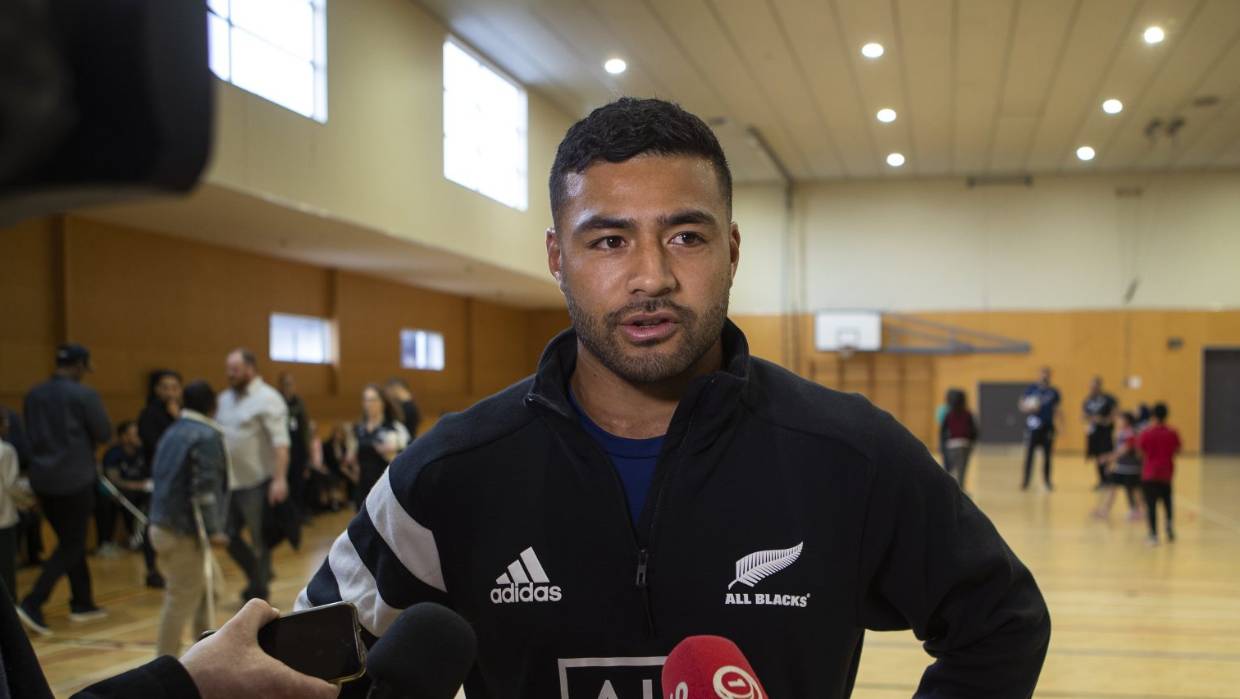 Richie Mo’unga says the children put him under pressure during the training session. JOSEPH JOHNSON/STUFF 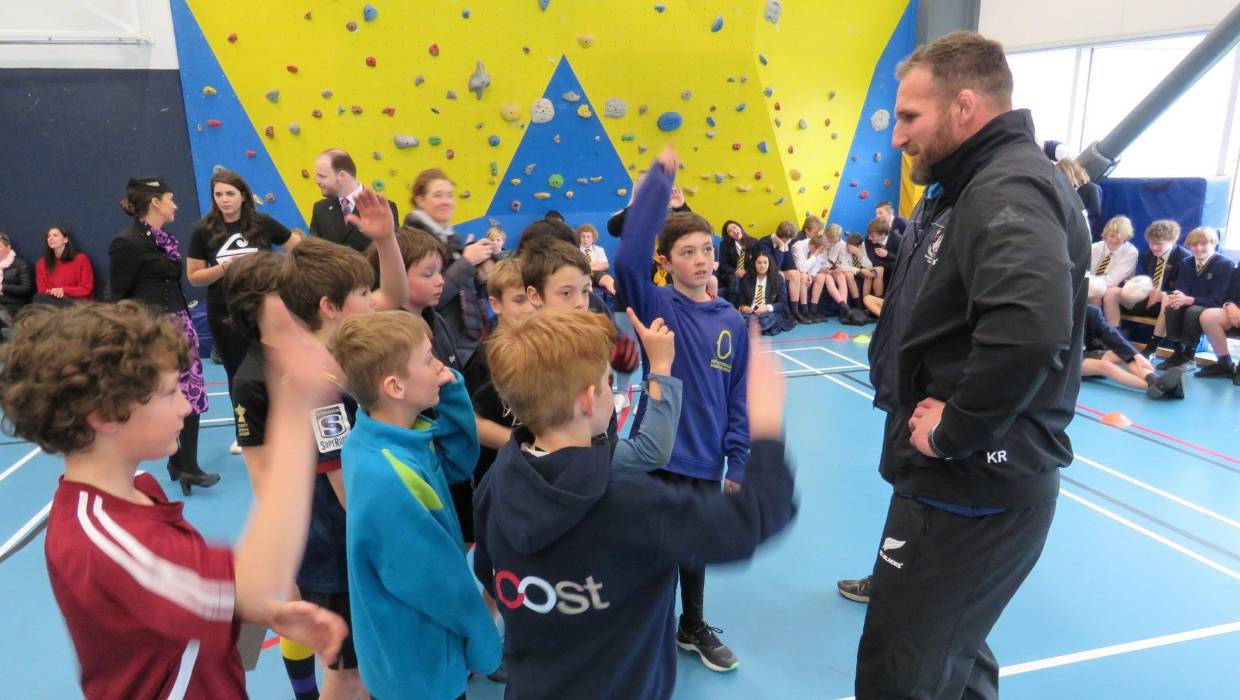 Four Manly Sea Eagles players paid an emotional visit on March 28 to one of the mosques which were the scene of a terrorist shooting in Christchurch.