“I’ve been through so many different processes to mend and heal and now I’m able to give back,” the 46-year old Muslim native told New Zealand Herald on Monday.

She makes and delivers home-cooked meals to rough sleepers on Auckland’s streets for six months with her group Homeless No-More Aotearoa.

Mohamady, who converted to Islam after marrying her husband, revealed that she experienced significant abuse as a child, something many homeless have also suffered.

“I feel connected to them, I love them. I get happiness and satisfaction from seeing the smiles on their faces. I worry about them in horrible weather.

“Each and every one of us, if we can do something small it will contribute to helping eradicate homelessness,” she expressed.

Mohamady usually volunteers with the Islamic Centre, offering help to refugees and homeless.

The Maori are the native people of New Zealand. According to the 2013 national census, there were approximately 600,000 Maori people in New Zealand, making up 15% of the national population.

They are currently the second-largest ethnicity in New Zealand, after Europeans. Additionally, there are more than 140,000 Maori in neighboring Australia.

Based on 2013’s census, 48.4% of Maori were Christians while 46.3% didn’t believe in any religion. The rest follow different religions like the Traditional Maori Religion and Islam. 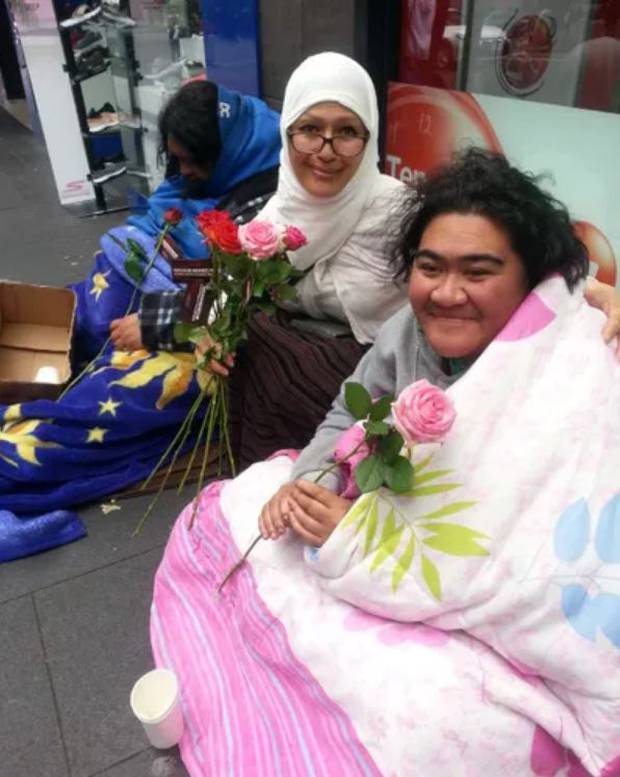 As a step forward toward her dream, Mohamady chose the architectural designer Lyzadie Renault to build an eco-friendly, holistic sanctuary for the homeless called the Pipi Sanctuary Pilot Program.

The building will include 64 self-contained cabins and needs around four hectares of land. There will be a holistic program to provide drug and alcohol addiction rehabilitation, budgeting, self-development, careers, and counseling with a Maori culture focus.

“The sanctuary would use a three-step process for rehabilitation,” Mohamady explained.

Initially, the person would be assessed by a team of specialists to identify their issues and have a tailored program of wellness created for them.

The second step includes a focus on self-development and career coaching. The third step is to set up a collective tourism enterprise which will create a platform for the clients to sell their crafts if they wished.

“We will help our clients to find their passion so they can identify what their purpose is. We will help them to break down their past and replace it with good role models, tools needed to survive in this society and implement traditional Maori methods,” Mohamady plans.

“This sanctuary is a doctor, a teacher and it is where they can grow and shine.”