SYDNEY – More than 30,000 Australian Muslims gathered in Sydney Tuesday, August 21, to pray for rain and an end to what’s been called the worst drought in living memory.

“As one Australian family, we all need to do our part and stand in solidarity with those who are in need,” said Samier Dandan, the president of the Lebanese Muslim Association (LMA), The BBC reported.

“It is now our time to be united and extend our hands in friendship to those who are now suffering.”

In the event organized by LMA at the Lakemba Mosque in western Sydney, worshippers from 16 mosques came together “in a show of solidarity and unity” with farmers and others affected by the drought.

The event was held to mark `Eid Al-Adha, one of the two holiest days for Muslims.

After prayer, a fundraising campaign was also held to help affected farmers.

Ahmad Malas, director of the LMA, told the BBC that the atmosphere at the event was “very positive”. 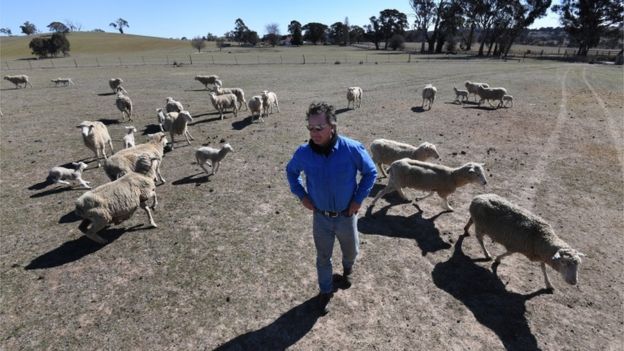 Parts of Australia are struggling with extreme drought conditions, with all of New South Wales (NSW) – the most populous state – declared to be drought-affected.

More than half of neighboring Queensland is also in drought while parts of Victoria and South Australia are also experiencing dry conditions.

Prime Minister Malcolm Turnbull has warned that the country has become a “land of drought”.

Muslims’ prayer for rain, or Salat-ul-Istisqa, is a well-known practice from the tradition of the Prophet Muhammad (peace be upon him).

The prayer is a ritual of Islam to respond to a drought by asking God for the rain to revive the earth.