“While we don’t want to diminish and devalue the catalyst – being the earthquakes – now we have a number of catastrophic events we need, as a region, to remember,” Julyan Falloon, Sport Canterbury, said.

“Cantabrians are known around the world for their resilience and sense of community. Given significant challenges our region has faced, this event encourages communities to join together as a sign of reflection and remembrance.”

Sport Canterbury, in partnership with The Press, has pushed the Run to Remember out to March 8, a week before the first anniversary of the mosque terror attack and two weeks after the ninth anniversary of the deadly 2011 earthquake. 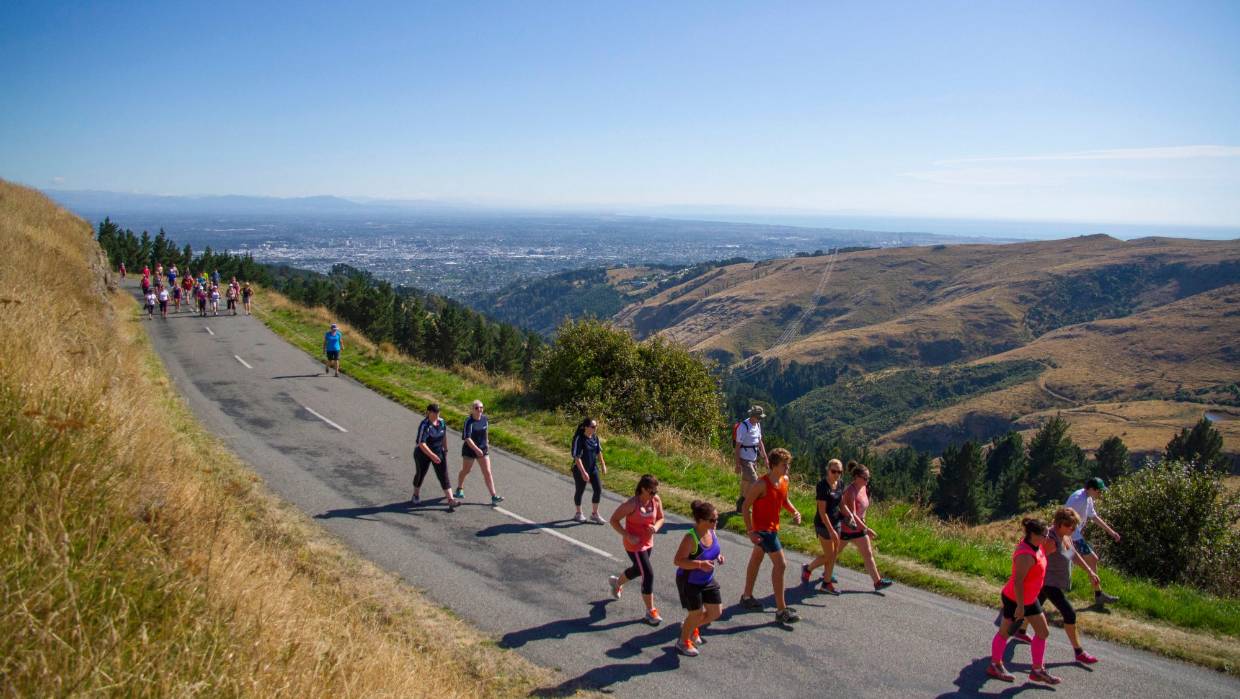 The Run to Remember’s 10km course was originally chosen in 2012 for the opportunity it extends to all ages and abilities. (blake spittle)

Historically, the 10K-run event had been held in February, as close as possible to the February 22 earthquake.

“In 2020, our sense of community has never been so important. Our opportunity to gather in Victoria Park takes on an even greater meaning,” Falloon said.

Run to Remember founder Hayden Stockdale said he was proud the event had continued to grow and evolve.

“Whatever gets people active and out there and if it’s being used for good – I am fully behind it.”