Filling a void for young Muslims in Australia, the second edition of the Muslim detective heroine series, Ayesha Dean, was officially released earlier this month under the title ‘Seville Secret’, SBS reported.

“I remember the first time I ever felt embarrassed about my ethnicity in real life. It was in the school’s playground during the early 1980s in Adelaide, Australia. It was a time when any non-European person stood out like a sore thumb.

“Two boys made fun of my Asian appearance and ran off, laughing, leaving me bewildered and confused. I convinced myself it was just a joke and I laughed just in case anyone was watching. But on the inside, I was hurting. It was the first time I was strongly aware that I was different from the others,” she talked about the incident which inspired her series.

Lum’s novel started in 2016 with the title “Istanbul Intrigue” where a Muslim girl named Ayesha and her friends Sara, a Christian Lebanese, and Jess Walker, a blonde and blue-eyed European, accompany Ayesha’s uncle David on a trip from Australia to Istanbul.

Ayesha is an independent and confident character. She knows that she wants to be a detective, and she takes herself seriously, training in martial arts.

She also owns her Islamic faith and her hijab, despite being the only Muslim in her house. She takes time out of her day to pray, even while on her adventures.

The Muslim protagonist discovers a mysterious note as a result of visiting an old bookshop, their relaxing holiday starts to get a whole lot more complicated as she finds herself trying to uncover a centuries-old Ibn Arabi mystery. 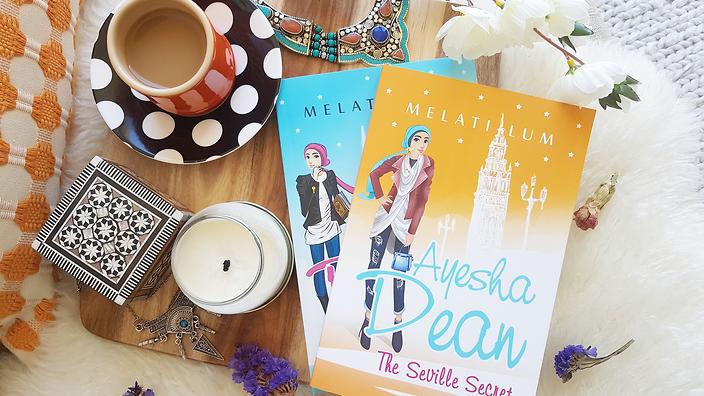 The second installment, ‘Seville Secret’, was published in April 2019. It follows Ayesha as she travels and solves mysteries with her friends and uncle David in Spain where they meet Kareem, who is looking for his disappeared grandfather.

While searching through Kareem’s grandfather’s things, they come across a 16th-century diary that dates back to the times of the Spanish Inquisition.

“This middle-grade novel is both a mystery and an adventure story; there aren’t only museums and ruins but also fights with villains and narrow escapes. In the past, there was rarely any reference to an Asian heroine, let alone a Muslim,” said Lum.

“It’s a really fun read which is suitable for parents looking for more wholesome literature for their kids. The series is especially meaningful to Muslim readers, but middle-grade readers of all genders and religions can enjoy it,” the author and criminal lawyer of Malay and Chinese ancestries explained.