Islam is a minority religion in the island nation of Sri Lanka which lies south of India in the Indian Ocean. The world’s fastest-growing and second largest religion, Islam, represents no more than 9.66% in Sri Lanka, which means 1,997,361 persons only out of the country’s 21.2 million population are Muslims, according to 2012 census.

Islam reached the island in the 7th century when Muslim merchants from the vast provinces of the Umayyad Islamic Caliphate started to work in Sri Lanka. By the 8th century A.D., Muslim traders and the Umayyad Islamic Caliphate had controlled much of the trade on the Indian Ocean, including that of Sri Lanka. Many of the Muslim merchants settled down on the island in large numbers, encouraging the spread of Islam. 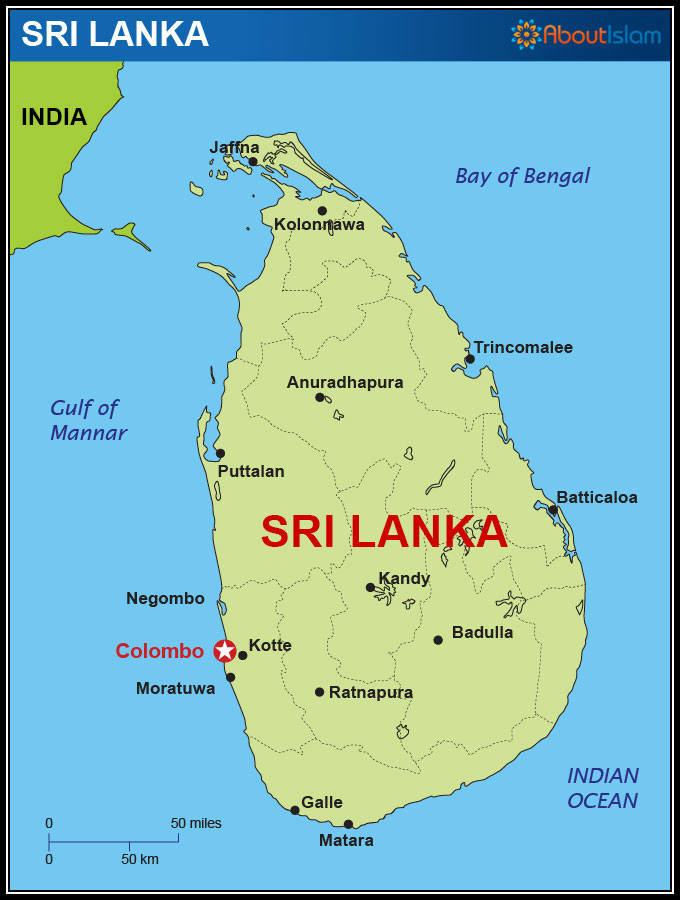 Despite its small area, Sri Lanka is a mosaic home that is dominated by a large majority of the native Sinhalese people who constitute the largest ethnicity by 74.8%.

Following them comes the Tamils who form the second major ethnic group in the island by 11.2%. It’s also important to mention that there is a small population of Vedda people who are believed to be the earliest settlers and the original indigenous group to inhabit Sri Lanka.

Both Sinhalese and Tamil are official languages in Sri Lanka. Regarding faiths, Buddhism comprises 70% of the population, most of whom are Sinhalese. Sri Lanka has the longest continuous history of Buddhism of any predominately Buddhist nation.

The second religion in the island is Hinduism which dominants at the Tamil areas in the north and east.

Islam comes third with its Sunni Shafi’i school. Currently, Muslims of Sri Lanka are mostly Sunnis from the Moor and Malay ethnic communities with smaller numbers of converts from other ethnicities, such as the Tamils.

Islam is followed by Christianity which reached the country through Western colonists in the early 16th century.

In a 2008 Gallup poll, Sri Lanka was ranked the 3rd most religious country in the world, with 99% of Sri Lankans saying religion was an important part of their daily life. 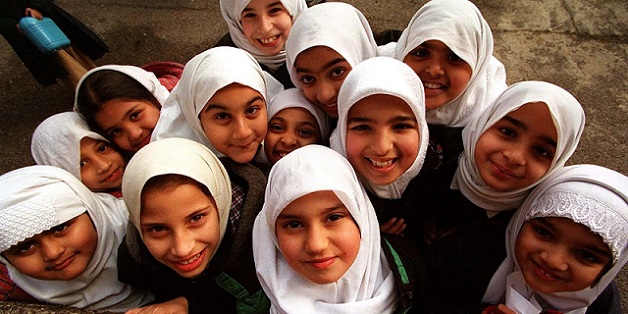 When the Portuguese arrived during the 16th century, many of Muslim descendants, now called the Sri Lankan Moors, were mainly traders and merchants with spice trading networks spanning to the Islamic World.

During 18th and 19th centuries, Javanese and Malaysian Muslims bought over by the Dutch and British rulers contributed to the growing Muslim population in Sri Lanka.

The arrival of Muslims from India during the 19th and 20th centuries also contributed to the growth of Islam in Sri Lanka. 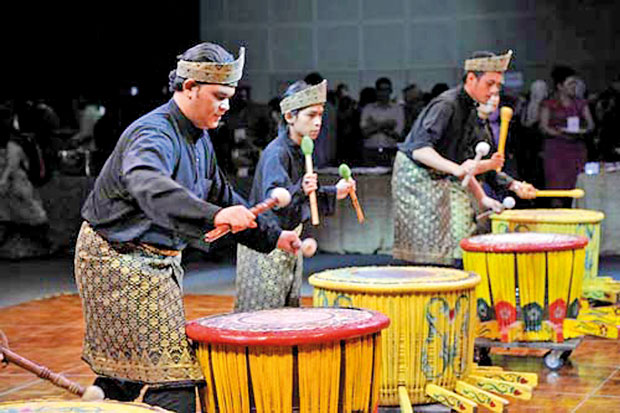 The Indian Muslims are those who trace their origins to immigrants searching for business opportunities during the colonial period. Some of these people came to the country as far back as Portuguese times; others arrived during the British period from various parts of India.

Majority of them came from Tamil Nadu and Kerala states and, unlike the Sri Lankan Moors, are ethnically related to South Indians and number approximately 30,000.

The constitution of Sri Lanka provides all citizens the freedom to adopt, practice and teach any religion of their choice. However, concurrently in 1978, Buddhism was declared as the State religion.

Matters related to family law, i.e. divorce, child custody, and inheritance, are adjudicated under customary law of the applicable ethnic or religious group. For example, the minimum age of marriage for women is 18 years, except in the case of Muslims, who continued to follow their customary cultural practices, which aren’t obligatory in Islamic Shari`ah that girls attaining marrying age with the onset of puberty and men when they are financially capable of supporting a family.

In modern times, Muslims in Sri Lanka are handled by the Muslim Religious and Cultural Affairs Department, which was established in the 1980s to prevent the continual isolation of the Muslim community from the rest of Sri Lanka.

Coming from a big variety of ethnicities and since most of them are either bi- or trilingual, the Muslims are the most flexible and accommodating of the minorities in Sri Lanka. Their linguistic skills coupled with their wide disbursement throughout the island has given them a unique relationship with the majority Singhalese and the dominant minority Tamils.

In the field of education, Muslims have made considerable progress since independence and the results of these are evident in the number of Muslim professional in the labor force today. The community has obtained state patronage to set up a separate system of Muslim schools to cater to the special cultural and religious needs of Muslim students. Arabic is taught in government schools as an optional language to Muslim students by Moulavis appointed by the Ministry of Education. Until 1974, Muslim children had the right to pursue their studies in any one of three languages – Sinhala, Tamil or English- a privilege no other group enjoyed. The Muslims also won the right to university admission on an ethnic and district quota system.

The Muslims have been able to establish a system of Islamic schools, which caters to the educational and cultural needs of the Muslims within the state school structure. These schools are based in areas with concentrations of Muslims and are spread all over the island. There are about 800 such schools with 13,000 teachers catering to a Muslim student population of 323,000 [personal communication, Dept. Education, Sri Lanka]. These schools are chronically short of teachers and the teachers are not equitability distributed (Teachers are concentrated in schools located in the eastern province). Though these schools provide for children to develop in a Sri Lankan Islamic background, they are considered poor quality in comparison to regular government schools.

The Sri Lankan Muslim minority: A bridge to harmony