Though the majority of Muslims condemned the terrorist attack targeting Sri Lanka on Easter Sunday, the government’s announcement that a radical Islamic group carried out the attacks has left Muslims in fear of backlash, News 18 reported.

“Trust and faith of our people are shaken. Majority of the Muslims don’t subscribe to any kind of violence, even when they were expelled from the North and all the problems they went through during the 30-year conflict,” Hilmey Ahamed, vice president of the Muslim Council of Sri Lanka, said.

“Now, after years, you wake up to such a horrific massacre. We have to do everything possible to restore faith in the Muslim community.

“In fact, even with the political leadership, there is a fear of something grave happening over the next couple of days,” Ahamed said.

In addition to 207 people who were killed at least, 450 were wounded, according to officials with police, the Colombo Hospital, and St. Sebastian Church.

After the attacks, two Muslim groups in Sri Lanka condemned the attacks on churches and hotels in the country. The Muslim Council of Sri Lanka said it mourns the loss of innocent people in the blasts by militants who seek to divide religious and ethnic groups.

The All Ceylon Jammiyyathul Ulama, a body of Muslim scholars, said targeting Christian places of worship cannot be accepted.

Muslim scholars in the US and Canada have also condemned the attacks.

On Monday, the Sri Lankan government confirmed that the attacks were carried out by the Sri Lanka Thawheed Jamaat (STJD). 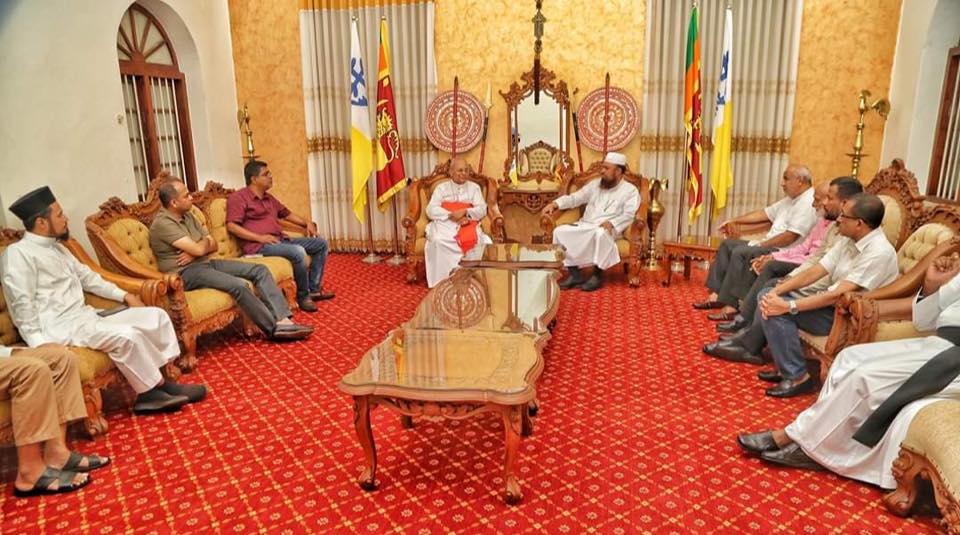 Imām, Muftī Rizwie and the Sri Lankan muslim leadership met with the head of the church in Colombo.

The Sri Lankan Muslim leader confirmed that the Muslim community has reported STJD to the authorities for preaching hate.

“It was a very small organization if at all, or a one-man show. There were posts on YouTube and social media spreading hate. We knew about this person and informed the authorities three years back,” Ahamed said.

“We informed not because we knew that they were capable of such large-scale violence but because we felt that the outfit was preaching hate,” he said, adding that the level at which the outfit carried out the bloodshed was something that neither he nor the Council could have expected.

Ahamed further said that it was close to impossible for the STJD to have carried out this attack on its own.

“Even with the almost 30-year-long war, the Liberation Tigers of Tamil Eelam (LTTE) could not pull off something like this, despite the experience that they had. How is it that such an amateur organization has undertaken such an act of violence on such a large scale?” he asked.

Yet, Muslim residents in Colombo said they were in danger more than ever.

“This is not a small-scale incident. It won’t be a surprise if there is a response to this in some way or the other,” said a resident of Colombo, on condition of anonymity.

“All that we can do is either pray for it to not happen or if it does, it would not draw parallels with what our country is grappling with. It is only been a decade of peace for us after years of violence. We can’t withstand another widespread violent phase,” the resident said.