XINJIANG – A report by a US-backed newsgroup has claimed that around 120,000 Uighur Muslims are currently being confined in political “re-education” camps in Xinjiang region, citing a security official with knowledge of detention system.

The security chief of Kashgar city’s Chasa township, in northwest China’s Xinjiang region, told Radio Free Asia (RFA) on condition of anonymity that “approximately 120,000” Uighurs are being held throughout the prefecture, based on information he has received from other area officials.

“I have great relationships with the heads of all the government departments and we are in regular contact, informing each other on the current situation,” he said, adding that he is also close with the prefecture’s chief of security.

The Chasa official added that tens of thousands of people have been detained within Kashgar city alone. 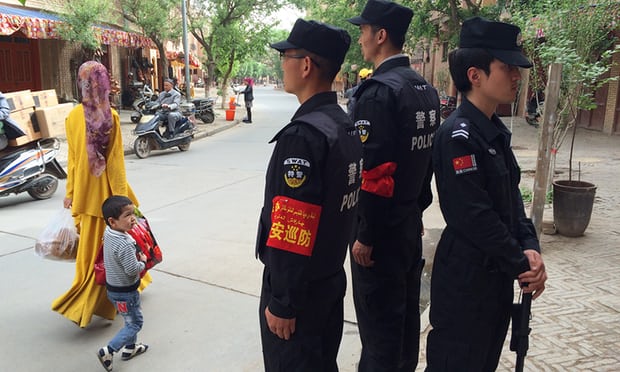 Similar information was confirmed earlier by RFA’s Uighur Service which found that arrests in Xinjiang increased around the sensitive 19th Communist Party Congress in Beijing in October.

One leading Xinjiang expert told Canada’s Globe and Mail the camps were “a form of enforced disappearances in a very organized way.”

The Guardian also cited similar reports made by Maya Wang, a Human Rights Watch campaigner who wrote a recent report on the camps.

Wang said the figures cited by RFA were credible although growing levels of repression in Xinjiang meant reliable numbers were impossible to ascertain.

Estimates of the total number of people who have spent time in such centers in Xinjiang, which has a population of about 22 million, ran as high as 800,000, Wang added.

“It’s just like a black hole which people are added to and don’t get out of,” she said.

China defends what authorities call “extremism eradication” schools as an important part of its fight against radicals it blames for a wave of attacks.

The claim was rejected by Wang who said that these camps were designed to brainwash and assimilate Uighurs.

“At the political education facilities, they sing patriotic songs. They learn about Xi Jinping thought. These are patriotic measures aimed at making Uighurs love the Chinese government,” she said.